Berlin police admits failures over far-right crime spree in Neukölln | Germany| News and in-depth reporting from Berlin and beyond | DW | 28.09.2020 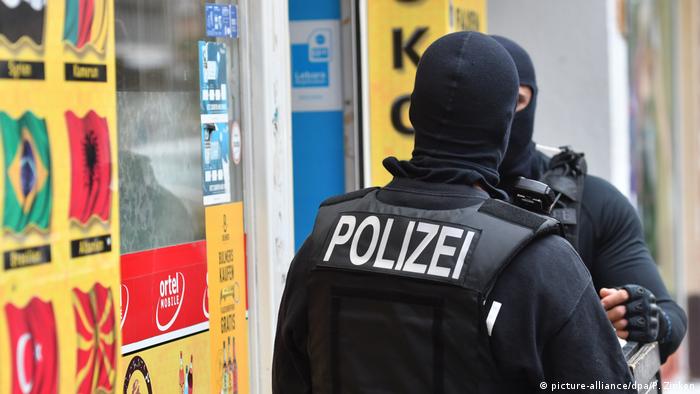 German police are facing new criticism over its handling of far-right extremism after an internal report by the Berlin state police admitted mistakes in an investigation into a string of neo-Nazi attacks in the city's Neukölln district.

As well as problems with data collection, encryption software on suspects' computers, and failure to warn potential targets, the report released Monday found that the team tasked with investigating the crimes was both understaffed and technically under-equipped.

The police registered a total of 72 crimes, including 23 arson attacks, between 2014 and 2019 — despite having three prime suspects under surveillance, all known neo-Nazis who had been exchanging messages about potential targets, investigators failed to secure enough conclusive evidence.

Berlin's state Interior Minister Andreas Geisel, of the center-left Social Democrats (SPD), commissioned a special internal investigation into the issue early last year. A summary of the results, though not the entire report, was released on Monday.

Though the report said there remained a "high criminal probability" that the suspected neo-Nazis, named as Sebastian T., Tilo P., and Julian B., were behind the crimes, the police could not bring enough evidence for a case against them. 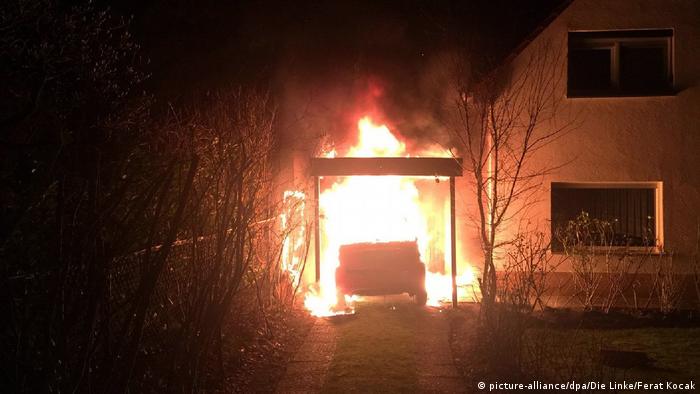 Among other things, the report found that the Berlin police spent months attempting to crack the encryption software on a laptop belonging to Sebastian T., seized during a raid on his home, but repeatedly failed, even after requesting help from the federal police.

Monday's report noted that no further arson attacks took place after the suspect's home was raided in February 2018, though property damage in the form of graffiti was recorded during the following year.

Plenty of evidence, but no proof

The targets of the attacks in Neukölln were trade unionists, bookstore owners, and local politicians from the center-left SPD and the socialist Left party, all known for their anti-racist activism in Berlin.

In one case, as reported last week by public broadcaster RBB, police found a message from Sebastian T. to Tilo P. calling his attention to a lecture at a Neukölln bookstore entitled "What to do against the (far-right) AfD? Stand up to racism!"

Tilo P. passed the info on to other neo-Nazis, and within a few weeks the bookstore's windows had been smashed and the store owner's car had been set on fire.

The suspects also kept what the police called a "partly meticulous" collection of information about political opponents. A data storage device seized from one of the suspects by police contained the personal data, including photos, of "political opponents, representatives of the press, and police employees," gathered from public and non-public sources.

Baffled by a diacritic

One crime that attracted particular attention was the arson attack on a car belonging to local Left party politician Ferat Koçak in February 2018. According to the new report, both Berlin's domestic intelligence agency and the police had tracked communications among the neo-Nazis in which Koçak's name came up, but failed to warn the politician because the task force investigating the group, named RESIN, failed to correlate the data in time.

The police concluded that the lack of "a structured gathering of the masses of data .. should have taken place." This failure, the report found, meant that Koçak was never identified as a target, he was not warned, and no "preventive measures" were taken.

One reason for this, the report concluded, was that the algorithm used to phonetically transcribe phone calls was confused by the Turkish diacritic in Koçak's name. But in any case, the police said, he should have been identified as a potential target and warned because of his political engagement in Neukölln.

Koçak himself was not satisfied with the report, which he said served only to nudge the investigative failures "into a positive light." "The perspective of people affected is totally different," he told DW. "It's all very well for the police to say, 'we couldn't find enough evidence,' but if the trust has broken after so many scandals, the Interior Minister can't just rely on the police to say, 'that's how it was,' and then we trust them."

The local Left party is now demanding an investigative committee in the Berlin parliament, not least because the full police report is still confidential, and it did not address suspicions that officers may have been in contact with the suspects.

Koçak did say that the police was being more sensitive about the issue, "because of the public interest." But he noted that last Friday the RBB reported - citing police sources - that one of the suspects, Tilo P., actually told an officer at one point, "We all know who set fire to the cars. You know it, I know it, everyone else knows it. But no one can prove it was T."

"The fact that this neo-Nazi is so unscrupulous and feels so safe with the police, that he can say something like that — that already says a lot," Koçak said.