Berlin Fashion Week poised for a move to Frankfurt 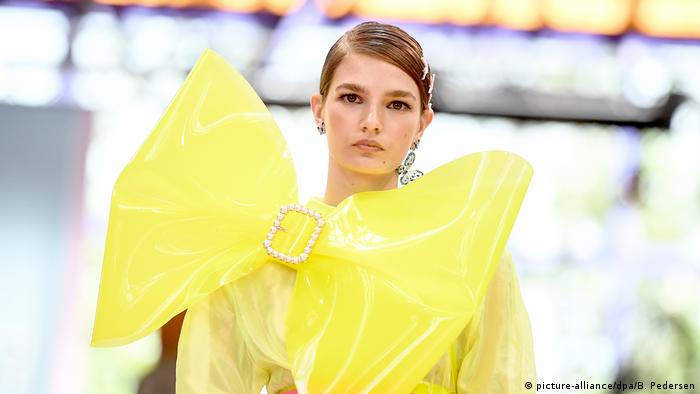 In a surprise announcement, the organizers of Berlin Fashion Week announced on Monday that the event will now take place in the city of Frankfurt starting next year.

He added that the move presents "a unique opportunity" for the city of Frankfurt and that hosting the biannual high-end fashion event will generate over €200 million ($226 million) for the city and region.

Since 2007, Germany's major Fashion Week has taken place twice a year in Berlin. The most recent event in January drew around 70,000 visitors and dozens of designers to the German capital, news agency DPA reported.

Berlin has long held the crown as Germany's fashion hub, making the decision change locations to Frankfurt a surprising if not confusing move. Organizers appeared to acknowledge the sudden change, titling their press release: "Unveiling the unexpected."

German fashion: Is there more to German style than socks and sandals?

"Frankfurt is a fresh, new location for this. We're looking forward to it," said Anita Tillmann, head of Premium Group.

Both organizers and local politicians say Frankfurt's reputation as a center for Germany's major trade fairs and its status as a financial hub can be used to increase the scope and international profile of the fashion event.
Read more: Fashion in Berlin gains from diversity

For Tarek Al-Wazir, the economy minister for the state of Hesse where Frankfurt is located, the move also will serve to boost the region as it seeks to recover from the economic fallout of the COVID-19 crisis.

"It is sending out an important and positive signal to an industry that has been particularly hard hit by the fallout of the coronavirus pandemic," he said.

German fashion designer Harald Glööckler welcomed the move, telling news agency DPA that the move is a "big chance" for the city.

"You can only congratulate Frankfurt for this coup," he said.

An exhibition in Berlin showcases "Sibylle," an East German fashion and culture magazine that for decades offered women in the communist state more than dress patterns. (14.06.2019)

Consumer goods from the German Democratic Republic (GDR) had a reputation for shoddy quality and gruesome styling. But decades after the collapse of the communist regime, some East German brands are once again thriving. (29.10.2019)

A melting pot of immigrants from all nations, Berlin is likewise home to a burgeoning fashion scene. At Berlin Fashion Week, DW looks at how this international diversity is influencing fashion designers. (15.01.2019)