After having toured 30 cities in Poland, an exhibition on forced labor under the Nazi regime opened in one of Berlin's few preserved labor camp barracks. 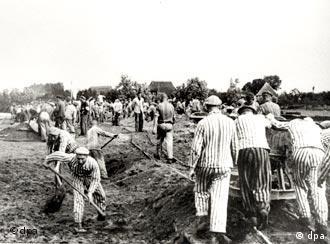 The Nazis subjected millions of people to forced labor

When the Nazi began their attempt conquering Europe in the late 1930s, they deported millions of people in the conquered countries back to Germany to serve as slave laborers.

The exhibit "Remembrance Preserved: Third Reich Slave and Forced Labor from Poland 1939-1945," which opened last week, is housed in the barracks of a former Nazi labor camp in Berlin-Niederschöneweide.

"Germany had a lack of manpower because many men were in the Wehrmacht (Nazi military)," said Jakub Deka, a Warsaw-based planning coordinator commissioned by the Polish-German Reconciliation Foundation to plan the new exhibition, in an interview with German broadcaster Deutschlandradio.

Lingering cause of tension 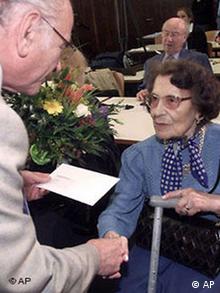 Some victims of forced labor have received financial compensation

"They simply looked for labor in the conquered areas -- not just in Poland, but all over Europe -- and took it back to Germany," he said.

An estimated 3 million Poles were subjected to forced labor under the Nazi regime in Germany following the invasion of Poland in 1939, which makes it a particularly sore topic in German-Polish relations.

Those capable of working were sent to munitions factories and coal mines to support the war effort, while children underwent a process of "Germanization" in special schools. Treatment in the camps was harsh, and prisoners were often beaten and even shot for not working up to standard or trying to escape.

The exhibit's opening in Germany was attended by survivors from wartime labor camps in Flensburg, Frankfurt, Wolfsburg and Berlin. Polish-born Josef Kuzba, a prisoner at the Sachsenhausen concentration camp from 1940 to 1945, has been discussing his experiences with children from the city's Archenhold Gymnasium and Sophie Scholl Oberschule.

"The youngsters seemed well briefed about World War II," he said. "It was a pleasure talking to them."

Asked if he was apprehensive about visiting Germany nowadays, he replied: "No, not at all. I'm a frequent visitor and have good relations with friends here." 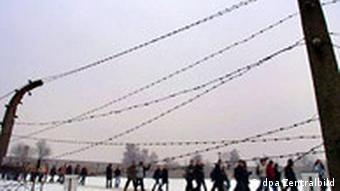 Kuzba talks about his experiences in Sachsenhausen with school children

Kuzba, who was born in Pomerania, and now lives in Warsaw, said he had been active in promoting Polish-German reconciliation for years.

"Remembrance is one thing, reconciliation another," Kuzba said. "Both are important for our nations."

Mariusz Muszynski, chairman of the Foundation for Polish-German Reconciliation, wrote in the 205-page exhibit catalog that no other event in German-Polish history had ever proved so burdensome to relations as the Nazi-led invasion of Poland.

"Material payments can never make up for the sorrow and suffering caused victims -- but they were seen as a symbolic gesture of fairness and respect and a contributory step towards a better understanding between the two nations," said Muszynski.

Millions have been paid worldwide to German slave and forced labor victims following the enactment of a law by the German parliament and the creation of a "Remembrance, Responsibility, Future" Foundation.

Original Nazi documents, photographs, biographies and a documentary film make up the exhibit, which will remain in Berlin until mid-October before it continues on to other German cities. It has already been viewed by 80,000 visitors during its tour in Poland.

The camp where the exhibit is currently housed was built in 1943 by Albert Speer, Nazi minister of infrastructure and munitions, for over 2,000 workers. It is one of 3,000 such Nazi camps built in the Berlin area and one of only few Nazi labor camps remaining.

A new exhibition at a Berlin museum -- a former brush factory run by a German entrepreneur during the Nazi era -- throws light on a network of people who tried to save Jews from deportation to Hitler's death camps. (08.05.2007)

Dutch airline KLM is under pressure to begin a probe over reports that it helped Nazi war criminals flee to Argentina after World War Two. It says it will likely seek an independent investigation. (08.05.2007)