A new exhibition at a Berlin museum -- a former brush factory run by a German entrepreneur during the Nazi era -- throws light on a network of people who tried to save Jews from deportation to Hitler's death camps. 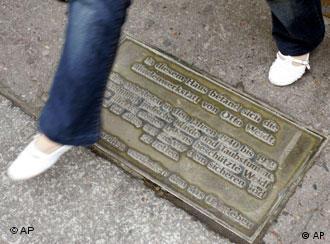 Tucked away in a backyard in Berlin's downtown Mitte district amid art galleries, cinemas and bars, the museum "Blindenwerkstatt Otto Weidt" is a former brush workshop run by German entrepreneur Otto Weidt in the 1940s. 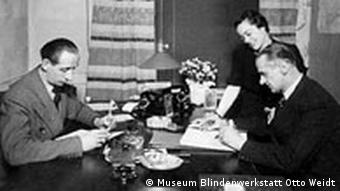 Weidt hired Jewish workers -- among them blind and disabled employees -- in order to save them from deportation to Nazi death camps.

Since 1999, the museum has been home to a documentary show of the factory's history. This week, the opening of a new permanent exhibition adds further details about factory owner Weidt and his string of friends and helpers who rallied to hire Jews and even hide some of them in the workshop rooms to save them from the Nazis.

Weidt's efforts prove that "it was possible even for apparently powerless people to resist an inhuman regime," Bernd Naumann, Germany's deputy culture minister, said during the unveiling of the new exhibition on Monday.

Weidt's efforts to aid Jews contains echoes of the story of Oskar Schindler, a German industrialist whose efforts and successes in saving over a thousand Jews from the Nazis are the subject of Oscar-winning film "Schindler's List." 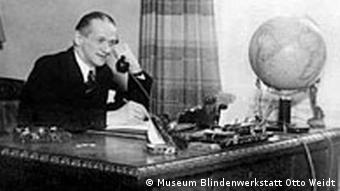 Otto Weidt is sometimes referred to as the "Little Schindler"

Sometimes referred to as "Little Schindler," Weidt's efforts are believed to have directly saved some 27 lives. A passionate pacifist who managed to avoid being drafted in the First World War on account of a bad ear, Weidt set up his factory in the Rosenthalerstrasse in Berlin in the early 1940s.

Since it mainly supplied its brushes and brooms to Hitler's army, the Wehrmacht, and was deemed to be supplying "war essentials," the factory enjoyed special status at the time -- a fact which enabled Weidt to bribe Nazi officials and falsify documents in order to hire Jews.

Weidt also smuggled in food packages to Jewish families living underground and also helped one former employee flee from the Theresienstadt concentration camp. On occasion, Weidt, with the help of friends, also hid entire Jewish families in the rooms of his workshop for months. 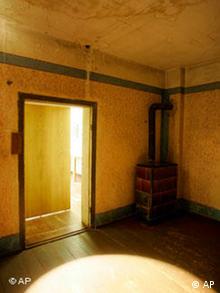 A room at the former workshop which served as a hideout

One of the centerpieces of the new exhibition is a small windowless room in its original condition which served as a hideout for months for a Jewish family. They were however discovered by the Gestapo, the Nazi secret police, in 1943 and deported to the Auschwitz concentration camp.

Weidt died in 1947, soon after the end of the Second World War, and his and his friends' efforts to save Jewish lives were largely forgotten in the decades after the war.

It was only in the 1990s that the German public became aware of their contribution to Nazi-era resistance thanks to Inge Deutschkron, an 84-year-old German-Jewish journalist and writer.

Deutschkron, who spent two years in the early 1940s in Weidt's workshop working as a secretary and was given forged documents to escape detection by the Nazis, campaigned in 1993 to set up a memorial plaque at the former brush factory. She has also written extensively about Weidt's life in a series of acclaimed books and articles. 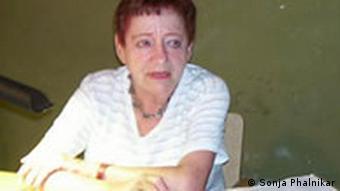 Speaking at the opening of the new exhibition in Berlin this week, Deutschkron said it remained the only authentic site in the German capital where the suffering of the Jews during the Holocaust could be fully understood.

Andre Schmitz, Berlin's deputy culture minister, said the remembrance of the "silent heroes" as well as extensive academic research on their efforts had closed a "painful gap" in Germany's collective memory.

A US panel has approved a resolution calling for the world's largest Holocaust archive to be quickly opened to the public, saying it could help help counter Holocaust deniers like Iranian President Mohammed Ahmadinejad. (28.03.2007)