Ceremonies have been held in the German capital to mark the 64th anniversary of a people's rebellion in former East Germany. Scores died in the revolt. 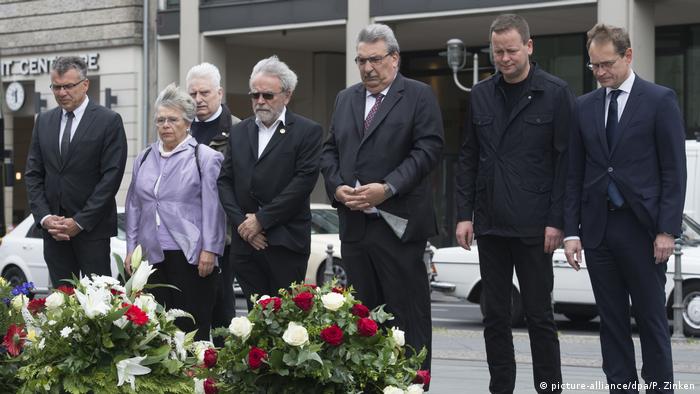 German officials on Saturday laid wreaths in Berlin in memory of victims of a popular uprising in former communist East Germany in which more than 100 people may have died at the hands of occupying Soviet troops and East German police.

One ceremony at the Seestrasse Cemetery, where there is a monument to those killed, was attended by German Economy Minister Brigitte Zypries and Berlin's mayor, Michael Müller.

In a speech, Zypries praised the civil courage of the protesters, saying that "their legacy is our obligation."

She also used the occasion to criticize what she called a growing contempt for democracy in Germany.

"Take a clear and courageous stand that diversity, freedom of public expression, compromise and tolerance belong to democracy," she urged listeners. 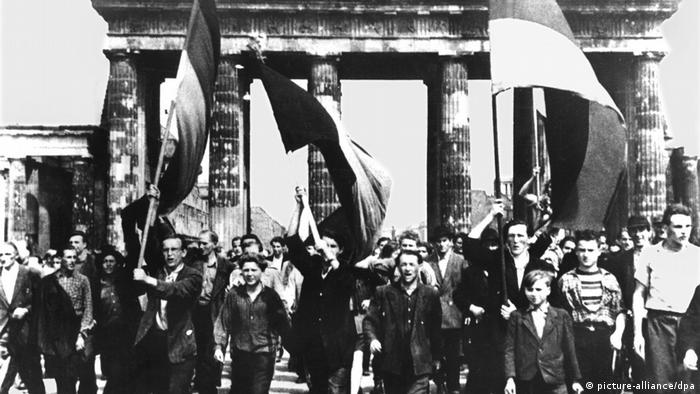 On June 17, 1953, tens of thousands of people gathered in East Berlin to protest at the Soviet Union-backed government's plans to increase work quotas, taxes and prices amid an accelerated Sovietization of the country urged by the USSR's leader Joseph Stalinuntil his death in March 1953. Protests and strikes were also held in several other large cities throughout East Germany, also known as the German Democratic Republic (GDR). 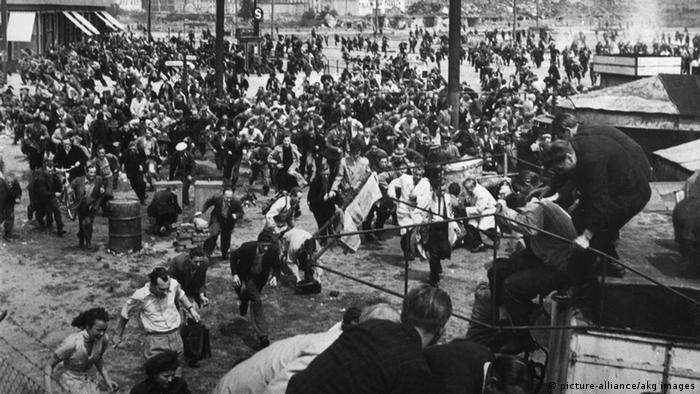 After workers demanded that the government step down, authorities called in Soviet troops to aid in quelling the uprising together with East German police, or "Volkspolizei."

A number of protesters were shot dead in clashes with the authorities at several well-known locations in Berlin, including on the boulevard Unter den Linden and at Potsdam Square. Fifty-five deaths have been confirmed, but other estimates put the number of fatalities at at least 125. 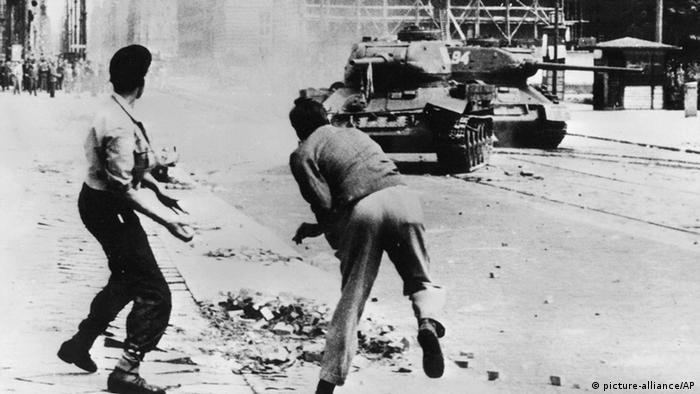 Protesters were helpless against the forces confronting them

Several protesters are also thought to have been executed in the aftermath, while many others - possibly thousands - were arrested and sent to penal camps.

Former West Germany made June 17 a national holiday, called "Day of Germany Unity,"  to commemorate the rebellion. This holiday was shifted to October 3 after the two parts of Germany were reunited in October 1990.

This article has been amended to include Stalin's death month to more precisely reflect the timeline and character of the Sovietization of former East Germany.