Berlin rents are rising at an eye-watering pace, and many blame greedy real estate firms for the situation. Activists have now proposed nationalizing housing companies. The idea is legal, novel, and highly controversial. 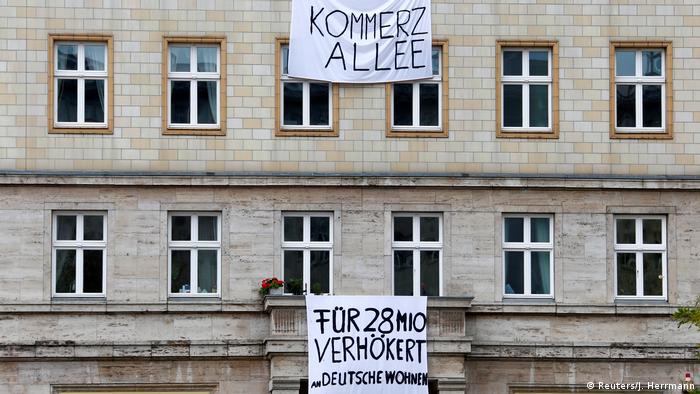 "Commerce alley" and "hawked for $28 million" by property giants: Berlin's rising rents have many very afraid of affording their rent or losing their homes

There is a makeshift timber hut near Berlin's Kottbusser Tor subway station. You could easily miss it, as it blends right in with the bustling Kreuzberg neighborhood known for its vibrant nightlife and cultural diversity. It was erected several years ago by local residents to coordinate campaigns against rapidly rising rents.

Rouzbeh Taheri is one the activists involved. He says it was no coincidence the hut was built near Kottbusser Tor subway station. He points out the high-rises in the vicinity of the hut, which he says have been bought up by investors. "That means it will get too expensive for many residents to keep living there," he explains. Adding that this means "people will be forced out of their social surroundings, and kids forced to switch schools." He says people are very scared their rents will be jacked up. 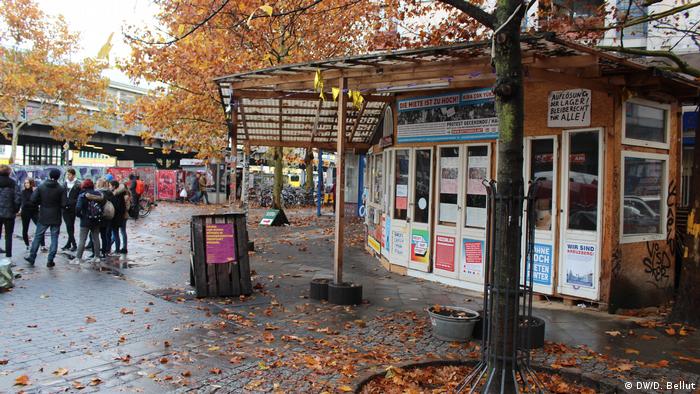 This self-built hut in Berlin's Kreuzberg district houses not just the citizen initiative, but other community services

Nationalization to the rescue?

That is precisely what Taheri himself experienced once when his landlord refurbished his apartment by renewing its thermal insulation. As a result, he suddenly faced a dramatic rent increase, which angered him, and drove him to engage in political activism. He founded a citizens' movement, which now advocates a radical measure to combat the rental crisis: Nationalizing major real estate companies in order to serve the public good.

The citizens' movement has initiated a petition for a referendum on the issue. But for this to happen, 170,000 signatures in support of the motion must be collected within four months. Otherwise, there will be no referendum. Whether nationalizing apartments is actually legally feasible, though, is a different question altogether.

Germany's constitution, after all, enshrines the inviolability of private property. But the activists, too, can refer to Article 14 of the German constitution, which explicitly allows for nationalization in certain situations. It states: "Land, natural resources and means of production may for the purpose of socialization be transferred to public ownership or other forms of public enterprise by a law that determines the nature and extent of compensation."

Taheri and his fellow activists are particularly eager to nationalize Deutsche Wohnen, a real estate company listed on the German stock market, which owns more than 100,000 housing units in Berlin alone. Critics accuse the company of prioritizing profit over people, and of deliberately refurbishing apartments purely to hike up rents. Indeed, numerous renters have already gone to court over the company's practices. In Taheri's view, the company epitomizes everything that is wrong with Berlin's rental market. 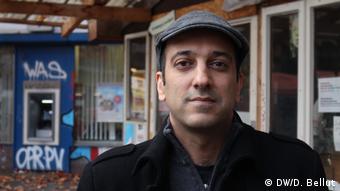 Rouzbeh Taheri: This is about people's lives

DW asked Deutsche Wohnen for comment, but received no reply. The Berlin-Brandenburg Association of Real Estate Companies (BBU), meanwhile, of which Deutsche Wohnen is a member, expressed outrage at the proposed nationalization. BBU spokesman David Eberhart said the campaign is little more than "cheap populist propaganda that does nothing to help build new apartments. It runs counter to Germany's constitution and would be impossible to finance."

Taheri, in turn, sees the proposed nationalization as a last-ditch effort in desperate times. "Taking such a radical step is necessary because rents have exploded since the 1990s, as the state has withdrawn from the housing sector and left the market to take over." He asserts that market actors cannot be counted on to build affordable housing, and that citizens need to take action when politicians sit by idly.

Statistics show that Berlin rents have almost doubled in the past seven years. And Berlin's municipal department for urban development and housing has calculated that an additional 194,000 housing units would need to be built by 2030 to adequately meet demand.

The rapidly increased demand for housing in the German capital stems from the city's significant population growth in recent years. Housing experts, however, say there are more effective options for solving this crisis than nationalizing real estate companies.

Ralph Henger of the business-friendly German Economic Institute (IW) argues that politicians should "focus on building affordable housing, and foster rural regions to slow Berlin's rapid growth." International investors could be scared away by the specter of nationalizations, he says, which would mean ever fewer apartments get built.

Berlin's coalition government — comprised of the Social Democrats (SPD), the Left Party and Greens — has reacted positively to the nationalization referendum proposal, says Taheri. Carola Bluhm, who heads the Left Party's parliament group, told DW her party is sympathetic to the cause. She believes nationalization is justified "because large real estate companies are ignoring the constitutional principle that property should serve the public good." 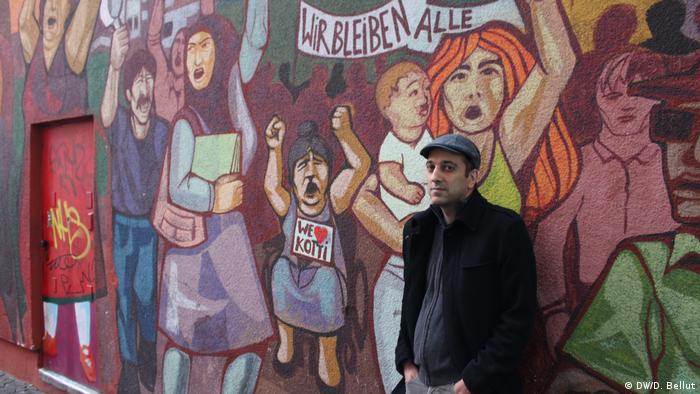 "We're all staying" and "We love Kotti" neighborhood, reads this Kreuzberg mural

Berlin has a history of opposing investors

There is a long tradition of Berlin-based social movements successfully facing down investors. Just a few weeks ago, Google scrapped its plans to create a start-up campus worth €500 million ($568 million) in the heart of Kreuzberg after left-wing groups vehemently opposed the project. And in 2014, a citizens' group initiated a referendum that stipulated that nothing can be built on the grounds of Berlin's former Tempelhof airport.

Taheri is encouraged by stories like these. "Our movement is not based on vague, romantic ideas; we have a realistic chance of success." He can certainly rely on a close-knit network of like-minded people for support. After all, the makeshift hut near Kottbusser Tor subway station is also used by other activists to give free language classes, and to distribute food to the needy.

This neighborhood certainly sticks together. "Even if our nationalization initiative fails, it will serve as a warning to the freely roaming capital of the world and to investors to avoid Berlin," Taheri says. Because in his mind, what is at stake is the city's very way of life.

Berliners are calling on the city government to address skyrocketing housing costs. Lawmakers have disputed recent reports that the German capital has had the biggest price hikes in the world. (14.04.2018)

Rental market: No room in the city

Berliners' vote to expropriate landlords' properties has made global headlines, but huge political and legal hurdles remain. Many companies affected seem confident that expropriation will never be legal.

Despite the pandemic-induced global recession, house prices in major markets globally continue to rise. Many fear the market may be heading for a fall when stimulus packages launched by governments end later this year.