Berlin Airport: The five biggest mistakes | Germany | News and in-depth reporting from Berlin and beyond | DW | 27.06.2014

The series of fiascos involved in building the new BER airport in Berlin shows no sign of ending. DW lists the five biggest goofs since construction began. 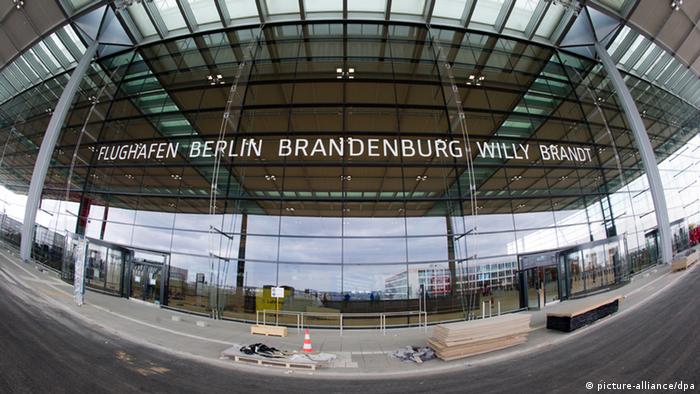 Since ground was first broken in 2006, almost everything that could go wrong with Europe's largest airport construction project has gone wrong. The fiasco-ridden site is putting Germany to shame. Across the world, on social networks, Germans are being ridiculed for not being able to finish one simple airport.

It recently emerged that Alfredo di Mauro, chief planner for BER's fire protection system, is not a qualified engineer but a technical draftsman. He has now confirmed this himself: "Everyone thought I was an engineer," he told the dpa news agency. "I just didn't contradict them." At the beginning of May, BER chief Hartmut Mehdorn cut his losses and fired di Mauro.

Meanwhile, technical chief Horst Amann, hired in August 2012 as project savior, was apparently not the right choice after all. His colleagues considered him completely out of his depth, and he too lost his job. His successor, chief planner Regina Töpfer, was let go in February 2014. 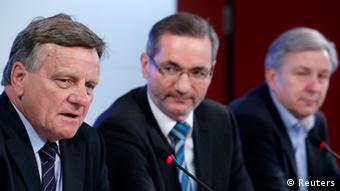 Critics see the main cause of the BER disaster in the fact that inspectors and those responsible all collectively failed. For some time, the board of directors was run not by specialists, but by two politicians: Berlin Mayor Klaus Wowereit and Brandenburg State Premier Matthias Platzeck.

The biggest obstacle to BER's opening is the faulty fire protection system, a problem that has been known about since May 2012. The ventilation system still does not work, and its flaw is fairly basic: Unlike in other major projects, the architects had planned to funnel smoke - which usually rises - underneath the airport's halls. This piece of technical insanity now has to be completely redesigned and rebuilt. Companies Bosch and Siemens are working on this.

The airport's former technical director Jochen Grossmann is facing corruption charges. He is accused of having accepted around half a million euros ($680,000) in bribes. On top of that, he is being investigated for price fixing. BER sources say that further revelations of wrongdoing cannot be ruled out.

Apart from the flawed fire protection system, other major problems and mistakes have now been discovered. The cable shafts are dangerously over-burdened, and there aren't enough check-in counters and luggage retrieval systems. The cooling units are too weak, creating the threat of overheating and emergency cut-offs to the entire IT system, which would leave Berlin's new airport without computers. On top of all that, flight paths and sound protections zones were incorrectly calculated.

BER airport has been planned for a capacity of 27 million passengers a year, but experts say that won't be enough in the long run. In other words, as soon as the airport opens it will have to be extended.

Before construction began in 2006, the costs were set at 2.5 billion euros. But Martin Delius, member of the Pirate Party and chairman of the Berlin's parliament's BER investigation committee, says that no one knows what the final cost of the airport will be. "At the moment we're up to 4.7 billion euros, but that's without the parking facilities and the transport connections," he said. "Altogether we're already well over six billion, and that certainly won't be the end." Unofficially, people are already mooting total costs of eight billion. 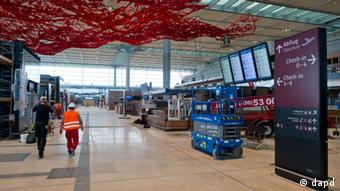 And there are other problems looming: according to media reports, the EU Commission is now investigating whether subsidies of 30 million euros will have to be paid back. Not only this, but airline Air Berlin is already demanding 48 million euros in damages caused by the multiple postponements. To add salt to the wound: current BER chief Hartmut Mehdorn filed the lawsuit himself in November 2012, when he was Air Berlin's CEO.

Conclusion: The opening is a long way off

Berlin's new airport should have opened in October 2011. The opening has been postponed a number of times, and at the moment there is no new opening date for when the airport can take up operations. The head of the German parliament's transportation committee, Social Democrat Martin Burkert, said on May 14 this year that an opening is unlikely before 2017.

It's no wonder, then, that news magazine Der Spiegel has called for a new beginning, at a new location and with new people in charge: "Maybe at the end of the day, the radical solution would be the best: Convert the airport into a monument to provincial hubris."

The opening of Berlin's new international airport looks set for another delay, possibly until 2016. Airport boss Hartmut Mehdorn criticized bureaucracy in a letter to the government of the German state of Brandenburg. (25.02.2014)

A German court has begun hearing a claim for damages brought by Air Berlin against the operators of Berlin’s planned Brandenburg Airport. The airline seeks compensation for losses due to the airport’s delayed opening. (15.01.2014)

Ten things I 'hate' about Berlin

Some people say that love can be very close to hatred. DW's Lavinia Pitu is not quite sure about that. But she insists that, when it comes to Berlin, you can love and hate at the same time. Here are her top 10 reasons. (30.01.2014)