A German court has begun hearing a claim for damages brought by Air Berlin against the operators of Berlin’s planned Brandenburg Airport. The airline seeks compensation for losses due to the airport’s delayed opening. 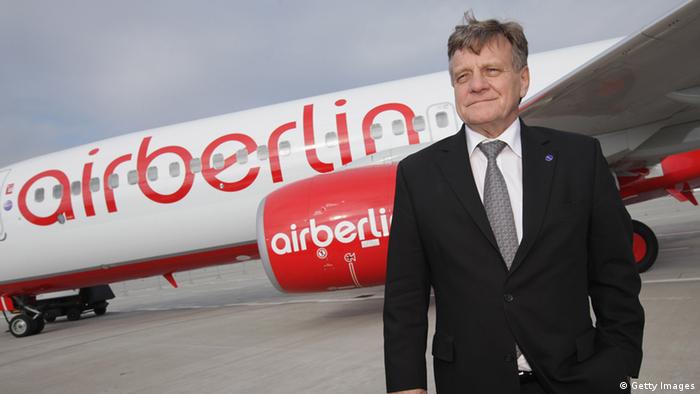 Air Berlin was suing Berlin's airport authorities for a minimum of 48 million euros ($66 million) in damages, a spokesman for the Potsdam District Court said just ahead of the opening of court hearings on Wednesday.

The claim for compensation by the German airline was the result of the latest delay in the opening of the city's new hub, Berlin-Brandenburg International Airport (BER), the court official said.

Construction of Berlin's new airport began in 2006 with the original opening scheduled for 2011. BER's inauguration, however, had to be postponed several times due to technical problems in the fire protection system. The last date of June 2012 was scrapped just three weeks ahead of the opening, and no new date has so far been set.

Air Berlin said it was seeking damages to cover losses stemming from unused properties at the new airport, as well as from additional expenses at the airline's current base at Tegel Airport in Berlin.

"The total amount of damages has not yet been finalized because it depends on the final date of the airport's opening," an Air Berlin spokesman said.

In a bizarre twist to the case, Air Berlin launched the legal action in November 2012 under its former Chief Executive Hartmut Mehdorn. Mehdorn is now CEO of the BER Airport Authority.