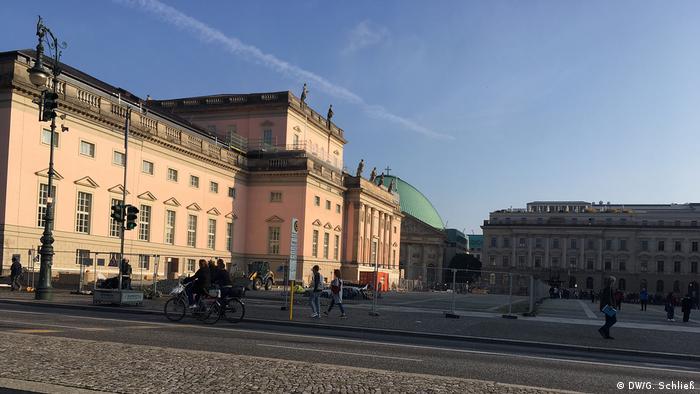 A big shake-up has begun in Berlin.

It's not about coalition talks in the wake of the federal election last Sunday; it's about music, as the season begins long before a new parliament convenes. And unlike the politicians who are tuckered out after weeks of campaigning, Berlin's cultural life is once again highly dynamic and unusually open to change.

It's true that Berlin has long tried to set musical trends. Its six symphony orchestras, three opera houses and a lively independent music scene make for a bottomless reservoir of fabulous singers and musicians. Added to that are the marvelous acoustics of the Berlin Philharmonic and its new little sister, the Pierre Boulez Saal in the Barenboim-Said Academy. What city has more to offer? New York, London and Paris certainly don't. 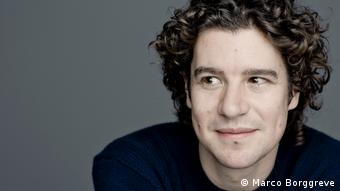 Robin Ticciati is one of the "new kids" on Berlin's classical music block.

The Deutsches Sinfonie-Orchester's new conductor Robin Ticciati would win a competition for the most handsome newcomer hands-down. In official photos, the young British conductor with his mop of curly dark hair almost looks like a younger brother to his colleague Simon Rattle.

Sir Simon is in town too, working his last season with the Berlin Philharmonic before Kirill Petrenko takes over. Although the 34-year-old Ticciati can be seen smiling innocently from posters plastered around the city, he showed he was tough in his opening concert at the Berlin Philharmonie by placing Richard Strauss´s opulent work, "Also sprach Zarathustra" alongside contemporary music. The debut came only days after Ticciati led 1,000 non-professional musicians in a "symphonic mob" concert at a Berlin shopping mall, which was quite an impressive event in itself.

The other newcomer is 45-year-old Russian conductor Vladimir Jurowski, whose long hair is reminiscent of Prince Valiant, a knight at King Arthur's famed round table. His tenure at the Radio Symphony Orchestra (RSB) is currently kicking off. 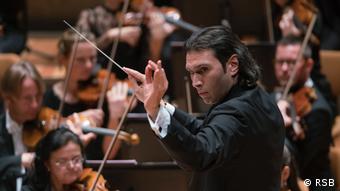 The son of a Russian musician, he is in demand worldwide and has made appearances in London, Salzburg and Glyndebourne, to name just a few highlights. I am pleased the RSB managed to lure him to Berlin's music scene. With works by Arnold Schönberg, Isang Yun and Luigi Nono, his opening concert offered an astonishing mix of styles. Jurowski is undeniably an asset to Berlin's musical life and is sure to provide enough material for friendly competition with Ticciati and Petrenko.

Godlike and silver-haired, Daniel Barenboim, who has held the post of Artistic Director of the Staatsoper Unter den Linden since 1992, towers above the other conductors. Not even Chancellor Angela Merkel can top the number of years he's held his post. No coalition talks were necessary when the orchestra made Barenboim "conductor for life".

Barenboim, too, has set things in motion in the Berlin music scene. His return to the renovated Staatsoper building opens up new possibilities. It isn't just that the exterior of the building was renovated, the interior now houses state-of-the-art stage technology and new rehearsal rooms.

I truly hope that Matthias Schulz is successful as director Jürgen Flimm's successor. I hope he will boldly stir up what has so far been a conservative program with new directors, conductors and a new repertory. To let that happen, "Übervater" Barenboim would have to let go. Barenboim only need look as far as the Chancellor's office to see what might happen if he doesn't: there's a price to pay if you let go too late.