The 18-year-old, who goes by the name of Floriani M. on his jersey, was an unused substitute in his side's 4-1 loss at Hellas Verona. His great-grandfather ruled Italy as a fascist dictator for more than two decades. 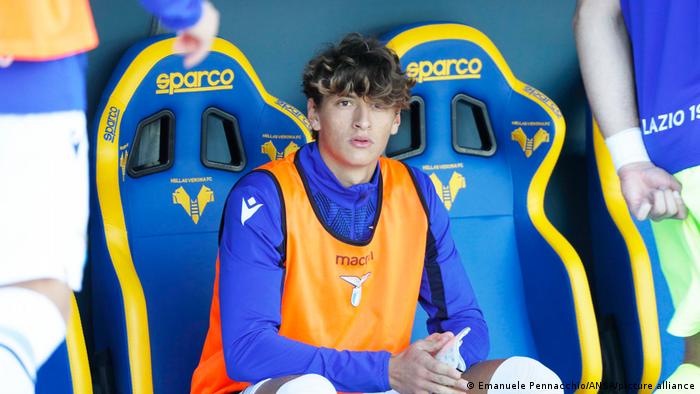 The great-grandson of former Italian fascist dictator Benito Mussolini was named as a substitute for Italian soccer team Lazio on Sunday.

It is the first time Romano Floriani Mussolini has been a part of the first team match-day squad for the Rome-based giants.

The defender, who goes by the name of Floriani M. on the back of his shirt, was an unused substitute in his side's 4-1 loss at Hellas Verona. 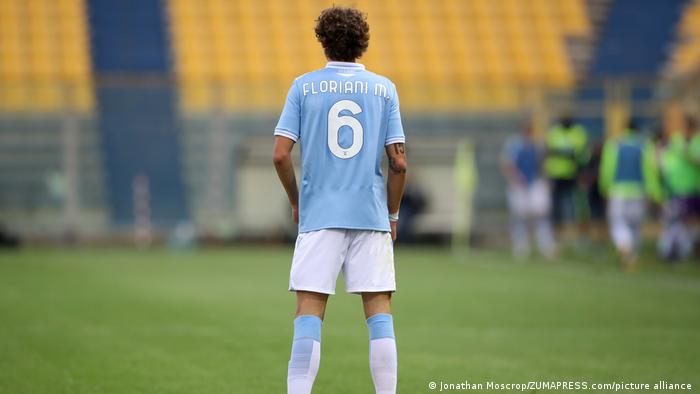 The defender prefers to have the name Floriani M. on his shirt

Maurizio Sarri picked the 18-year-old, who can also play in midfield, for his first-team squad after coming through the youth ranks at Lazio. He had previously been on the books of Lazio's cross-city rivals Roma.

He is the third child of Alessandra Mussolini and husband Mauro Floriani, and great-grandson of Benito Mussolini, who was prime minister of Italy from 1922 to 1943 following a fascist coup.

Alessandra is a former member of the European Parliament for Forza Italia and another of Benito Mussolini's granddaughters, Rachele, won a second term as a city councilor in the Italian capital earlier this month. 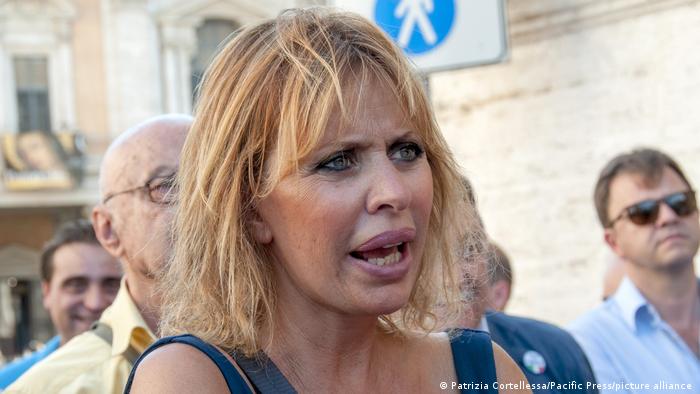 A minority of Lazio fans, known as "ultras," have links to the far-right and banners expressing pride in the fascist movement have been a frequent sight at the Stadio Olimpico.

In 2005, Lazio forward Paolo Di Canio gave a fascist-style salute to fans to celebrate his side's victory in the Rome derby.

The handler of the Seria A club's eagle mascot, Juan Bernabe, was suspended after he was filmed making fascist salutes and chanting "Duce, Duce" at the end of last weekend's win over Inter Milan.

"Duce" — meaning leader — was the nickname given to Benito Mussolini during his more than two decades at the helm of Italian politics.

Raids against the far-right group took place across Italy. Investigators seized Nazi and Benito Mussolini memorabilia as well as weapons.