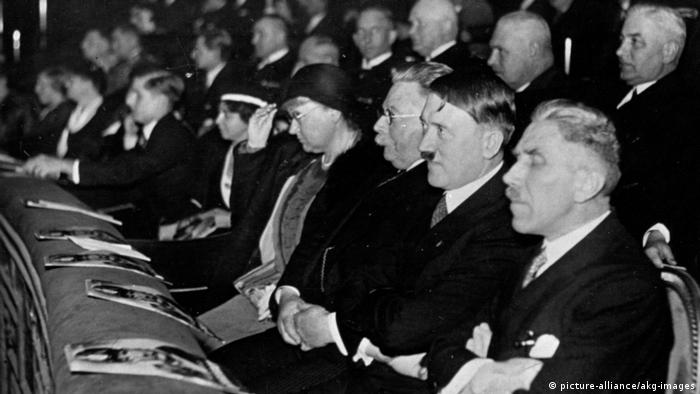 Hitler, guest of honor at a film screening

Peter Demetz, now aged 96, is a US literature scholar specialized in German studies. DW reached him on the phone at his home in New Brunswick, New Jersey to discuss his new book, Dictators in cinema: Lenin - Mussolini - Hitler - Goebbels - Stalin (not yet published in English).

DW: What fascinated you about dictators' relationship to cinema?

Peter Demetz: It's a topic that has always interested me, ever since my youth. At the time, I would always go the cinema [in Brno, a city in the Czech Republic that was occupied by the Nazis from 1939 - 1945]. Adults around me were always talking about the world's dictators. That made me curious to find out more about what those dictators thought about film. 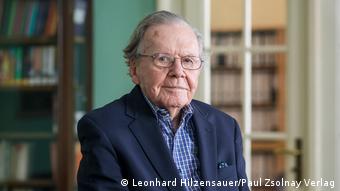 Peter Demetz, born in Prague in 1922, now lives in the US

You looked into five dictators and their relationships to cinema. Let's start with Adolf Hitler: Initially, he wasn't a film fan at all.

He was shocked by one of his first experiences in a movie theater in Linz, at the age of 16 or 17, where he saw a so-called Enlightenment film. It included scenes about syphilis and prostitution. He was still talking about how it shocked him years later, in the middle of the war, in 1943.

But Hitler also became a film maniac, sometimes watching several a day, from 1933 to 1939. What made him change his mind about cinema?

That was of course Joseph Goebbels' influence. But he also evolved on his own in this matter. When he went out with his circle of collaborators in Munich in the 1920s, they didn't only go for a beer or to a cabaret revue, but also to the cinema. At some point, Eva Braun showed up; she was working for Heinrich Hoffmann [who'd later become Hitler's official photographer; Braun, later Hitler's partner, was Hoffmann's assistant and model at the time].

Hoffmann always asked Eva Braun to sit next to Hitler, and that's how Hitler's interest in film grew — but only until the outbreak of World War II. After that, he would only watch newsreels to follow his own role in them. So his interest in film went from 1933 to 1939. 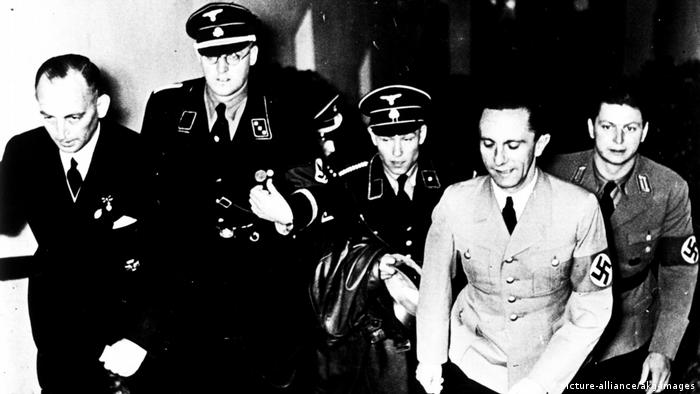 Goebbels had another approach. By 1933 he had already transformed the entire film industry. Was he quicker to recognize the power of cinema as a tool of propaganda?

Actually, even Goebbels discovered cinema fairly late. His first film notes were found in a diary from 1924. He wrote about Scandinavian silent films, observing how the actors' style differed from the Germans'. He was aged 27 at the time.

Goebbels, however, remained true to his interest in cinema, and that continued through his political role as film censor, since in 1933, he was appointed Minister of Public Enlightenment and Propaganda and that's how he started managing German film production to reflect National Socialist ideals.

Goebbels and Hitler were both fans of British and Hollywood films, as several historians have found, which appears contradictory to German propaganda films. How can that be explained?

There were different reasons for this. Goebbels wished to reproduce the Americans' success. He also envisioned German war films with a civil approach. His model for this was the Hollywood film Mrs. Miniver from 1943, which centered on a family during the war. But he never managed to obtain something similar; German war films were always too solemn, compared to the American or the British ones.

Hitler had his own motivations. He was looking for himself in films; he had a strong urge to develop his biographical self-awareness. One of his favorite films was, for example, the Hollywood production Viva Villa!, a movie about the Mexican revolutionary Pancho Villa. Hitler saw himself as the people's revolutionary. Goebbels, however, didn't want to have the film shown in German cinemas, because he found it too revolutionary and dangerous.

Read more: How secret diarists of the Warsaw Ghetto fought against Nazi lies 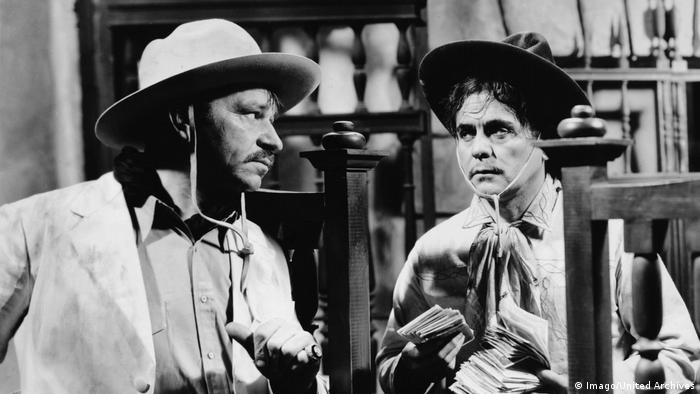 Hitler was also searching for portrayals of father-son conflicts in film, in reaction to his own complicated family background. He also had in mind the Prussian conflict between the old king Frederick William and his son who'd succeed him, Frederick the Great. He found a reflection of such conflicts in British colonial films, in which he recognized conflicts between a conservative father and a less conservative son.

The five dictators you cover in your book had different ways of dealing with their own portrayal in film. Some of them wanted to see themselves portrayed as heroes on screen…

There were major differences from one dictator to the other. In Italy under Benito Mussolini, there weren't any feature films that portrayed Mussolini as himself — though he did appear in newsreels, including for instance "Il Duce" on the beach in Riccione. The films that were shown rather promoted the image of a dictator as an icon, for example the Roman general Scipio Africanus.

Italy had an entire series of films that portrayed "helpful giants," who always helped good people. This Hercules-like heroic figure was known as Maciste. And everyone took for granted that Maciste was a metaphorical depiction of Mussolini, even though he wasn't ever named. 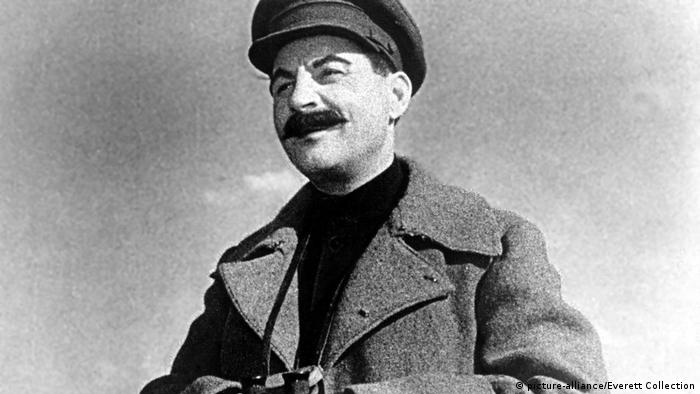 What was the approach in the Soviet Union?

Lenin had originally forbidden all films that portrayed him as a character; he didn't allow any biographical representation. But that didn't help him once he died. He was then quickly turned into a film figure, mainly at Stalin's request, who liked to appear as the one bringing Lenin's work to completion.

Stalin encouraged direct portrayals in movies, for example in the 1950 classic Soviet realist film, The Fall of Berlin, in which personally flies into the city to free it — even though he actually avoided planes and rather traveled by train. The fact that Stalin was turned into a film character is a Soviet specialty that didn't occur under other dictators.

Endless books, films and TV series have traced the life of Hitler. But filmmaker Hermann Pölking shines a new spotlight on the dictator via the frank testimony of Hitler's contemporaries. Here's what some said. (27.06.2017)