Believing in Brazil: Continental leader moves on from the crisis | Business | Economy and finance news from a German perspective | DW | 13.03.2018

Believing in Brazil: Continental leader moves on from the crisis

For a long time, news from Brazil mostly meant bad news. The talk was of nepotism, corruption and the worst economic crisis in history. That seems to be in the past, reports DW's Manuela Kasper-Claridge from Sao Paolo. 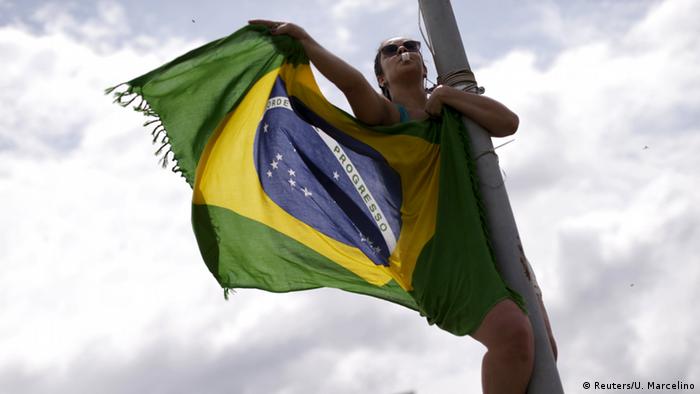 The boss greets us personally. Pablo di Si is already standing at the door of his spacious office in Sao Bernardo do Campo, just outside Sao Paulo. Volkswagen's production lines and offices span more than a million square meters here.

Production at the first Volkswagen factory outside of Germany began in Brazil on March 23, 1953. Now, Volkswagen do Brasil is about to take the next big step, says di Si. Up to 2020, the company plans to invest seven billion reals (€1.7 billion, $2.1 billion) in a new product campaign. "We are very positive about the Brazilian economy," says di Si. "Inflation is down, interest rates are down, the consumers can get cheaper loans than before and they will buy our cars."

The man from Argentina has only been in office for a little over four months but he has already changed VW do Brasil significantly. He wants to communicate openly, meets with journalists, with car dealers, customers and politicians. He calls his initiative "New Volkswagen." 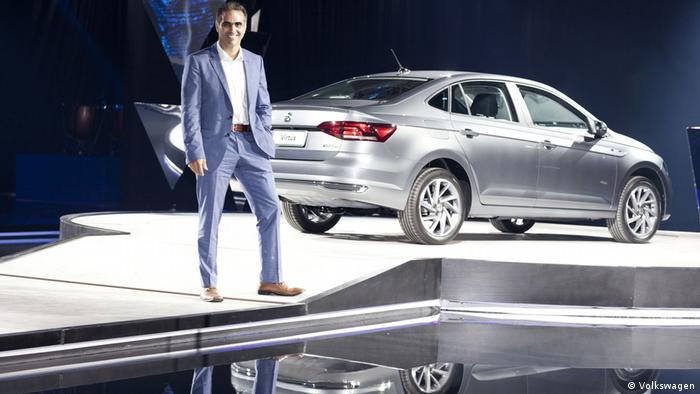 "The crisis is over," says Volkwagen's Boss in Brazil, Pablo di Si.

"The crisis is over, now things are on the up again," he likes to say and quickly delivers figures. In January and February of this year, VW do Brasil sold 37 percent more cars than it did during the same period last year. That also means it has sold significantly more than the competition.

However – and this is something di Si doesn't like to talk about – the economic crisis that Brazil has suffered since 2013 hit Volkswagen very hard as well. Around-the-clock production via three shifts had to be abandoned in many areas. Suddenly, one shift a day was enough to meet customer demand. Several thousand employees lost their jobs or had their hours cut.

Now they are being brought back bit by bit. "Okay, these are not new jobs because these jobs existed before but we are creating work again because the economy is gaining pace," he says.

Looking at the traffic nightmare that is Sao Paulo though, one has to wonder how many cars the roads of the megacity can actually handle. More than 20 million people live in greater Sao Paulo. Public transport is poorly developed. The unfinished tracks of the monorail point up at the sky as cautionary reminders. They were supposed to be finished for the World Cup in 2014 but construction is still ongoing.

People sleep under almost every bridge. Homelessness is a fixture of public life.The gleaming high-rise towers can't distract from the fact that there is a lot of poverty. The worst economic crisis of the post-war era hit Brazil with full force.

The country was not prepared for the collapse of the commodity prices and one in four families was affected by unemployment. Experts estimate the current unemployment rate to be still more than 13 percent. Brazil has put four hard years behind it but for now, growth remains a fragile thing.

"Politics is the problem in Brazil," says Barbara Seckinger. The 67-year-old retiree's pension is too small for her to live on so she still helps out as an English teacher and works in the finance department of a company.

"I love this country," she says, but she is scared of a future when she won't be able to earn. "I used to have a better life. Now, I have to pay 2.50 worth of reals for a liter of milk and 20 reals for 500 grams of butter. And then there is the energy cost. All of that with a pension of just 2,200 reals. Things can't go on like this." 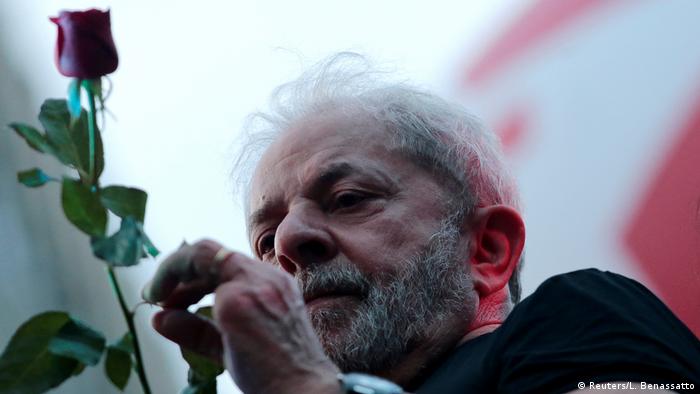 Ex-President Lula da Silva, however, does want to run again. His supporters come from the political left and he sees himself as an advocate for the poor but during his tenure, corruption was flourishing. Another candidate with good prospects is Jair Messias Bolsonaro, a polarizing conservative figure who calls for a return to traditional Christian values.

Politics as a risk factor

Many in the business community currently see politics as the only risk factor in terms of economic development. "We are in a transition process," says Andre Clark, head of Siemens in Brazil. He is carefully optimistic.

"Brazil is opening up its markets and there are many opportunities," he says, explaining that more and more orders are coming in again at Siemens and that clients are investing. Clark expects an economic upturn that will last at least until 2020 and will create new jobs. "We believe in Brazil," he says.

Thomas Timm, head of the German Chamber of Industry and Commerce in Brazil, has a similar view and argues pragmatically. "Brazil needs to make overdue investments now in infrastructure, in the health care sector and in digitization."

He has been living and working in Brazil since the mid-1980s and has already experienced a few crises. "The last economic crisis was the worst, it pushed a lot of people into poverty. But now things are on the up again."

And then he talks about the special attitude of Brazilians. Despite the often difficult living conditions, the people are optimists and after all, the most populous country in Latin America has so much to offer.

"Just think about the many consumers," he says. "This market is of interest to many companies."