Authorities have started removing about 250 Roma families from an informal city outside the Serbian capital. Rights groups have called the evictions human rights violations. 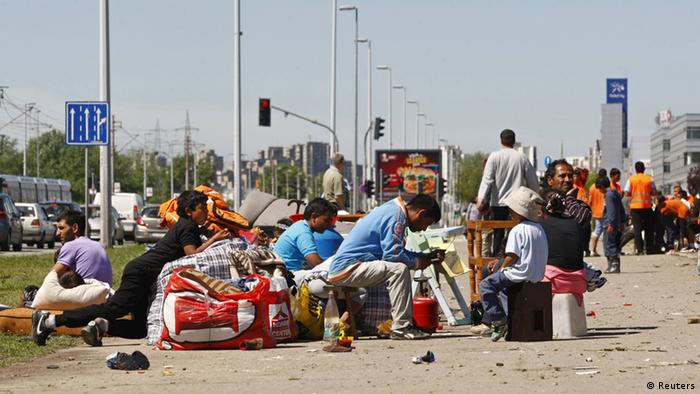 The city of Belgrade started removing nearly 1,000 Roma from a settlement of tin and wood huts outside the capital, drawing sharp criticism from Amnesty International and other rights groups.

The city planned to move the Roma families to four settlements of metal container homes outside Belgrade. Amnesty said the decision to move the settlement's inhabitants from an area where it wants to build a street represented an eviction and a "blatant" violation of human rights.

"The city authorities have failed to provide information, adequate notice, legal remedies and consult people on the plans for evictions," Amnesty said, describing the new settlements as "segregated" and "far from their sources of work."

The rights group called for the European Commission to "immediately call on the city authorities" to stop the action.

Belgrade Mayor Dragan Djilas, who faced criticism over previous Roma evictions, defended the policy. He said Roma would be better off in the new settlements than in the current settlement.

Residents of Belgrade opposed the relocation of Roma to a single suburb and took the streets earlier this month in protest.

The 500,000 Roma estimated to be living in Serbia make up about 7 percent of the country's population.