Belgium renews efforts to form a new government | Europe| News and current affairs from around the continent | DW | 03.01.2011

Since Belgium's election in June 2010, the parties have failed to form a coalition. A new proposal by Belgium's latest mediator tries to find a compromise for the two deeply divided Flanders and Wallonia regions. 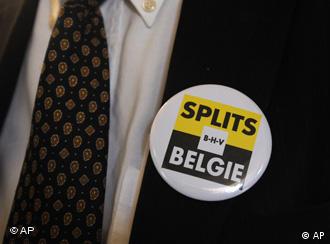 Despite its crisis, a split-up of the country is highly unlikely

After six months of failed negotiations to form a government, Belgian politicians ring in the next round with a fresh proposal introduced by mediator Johan Vande Lanotte on Monday. Socialist Lanotte, who was appointed by King Albert II back in October to end the impasse between the seven political parties, has a long way to go as the Dutch-speaking north and the French-speaking south are deeply divided over a number of issues.

The recent proposal is not likely to speed things up, as it will still take several months before a new coalition will come into office, said Professor Kris Deschouwer, an expert on Belgian politics. 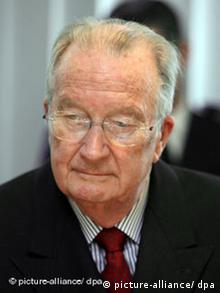 King Albert II wants the government crisis to be resolved

"The politicians are afraid of losing their voters. They have made strong promises and now fear a face-losing compromise. So they try to postpone it as much as they can," he told Deutsche Welle.

As the Belgium electorate has proven to be very volatile, with Belgium's now strongest party, the New Flemish Alliance (N-VA), almost disappearing in the 2003 elections when it barely managed to reach the 5 percent threshold, no politician wants to take the blame for unfullfilled promises.

Politicians promised too much

And Belgian politicians did a great deal of "overpromising", as Deschouwer put it. And now, their promises are catching them out.

"The tension is not about language, it's about money," Deschouwer said. According to him, the language problem has been settled, even though there might still be some tensions in the neighborhoods of Brussels. "It's because they have different economic backgrounds."

Flanders, the richer, Dutch-speaking part, demands greater autonomy and fiscal independence, whereas Wallonia, the French-speaking region, wants more solidarity and shuns autonomy out of fear it might lose benefits.

"There is not enough pressure coming from the outside," said Deschouwer. "If the financial markets started looking at Belgium, negotiations would suddenly go very fast."

The recent threat of the ratings agency Standard & Poor's to cut down Belgium's credit ratings within six months fails to create a state of urgency for Belgium, as six months is a very long time, he added.

In Belgium, a lot of the government's work is decentralized, and often, matters of the federal government mean little to the daily routine of Belgium's regions.

"Nothing dramatic will happen right now, it's dangerous in the long run," Deschouwer said, pointing to the social security system. It is still functioning now, but it will urgently need reform, he warns. In order to keep Belgium's pension system running, a lot of people won't be able to retire at the age of 65. It is not dangerous if reforms are not implemented next week, Deschouwer explained, but at some point they have to be taken care of by a working coalition government. 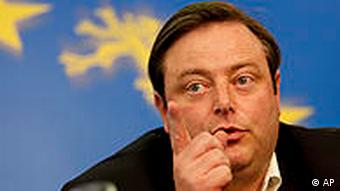 There have been calls by N-VA chief Bart De Wever who favors an independent Flanders, dubbing Belgium a "failed state". De Wever advocates the richer Dutch-speaking community and accuses the Wallonia region of being addicted to subsidies.

"Belgium no longer works. It is a nation that has failed. Ultimately, the Belgian state has no future," De Wever told German news magazine Der Spiegel last month.

Belgium is unlikely to split up

But Deschouwer dismisses any calls for Belgium to split up, calling a divided country "extremely unlikely" as both Flanders and Wallonia would be claiming Brussels, which is Belgium's as well as Europe's capital. Also, it would be quite difficult to decide on how to split up the huge debt, as Belgium's gross debt to GDP ratio already stands at 100 percent.

"That is slightly more difficult than forming a new government," Deschouwer said.

The new proposal will likely be the starting point for further negotiations between the seven parties that are not quite compatible, the expert reckons. For a couple of months, negotiations will continue and will eventually result in an increased autonomy for the substates - not as much as the Dutch demanded, but more than the French originally wanted.

"Everyone is moving slowly towards each other, but with very small steps."

Belgium and the Netherlands in political limbo after coalition talks fail

With coalition talks deadlocked in Belgium and the Netherlands, both European countries have been plunged into political crisis. (04.09.2010)

A fierce row between Belgium’s two language groups is threatening to spiral out of control, with some local politicians trying to segregate the French and Flemish communities. (16.04.2010)