Authorities in Brussels fired water cannons and tear gas to disperse crowds of mainly young people who had gathered at a park to party in protest of coronavirus restrictions. 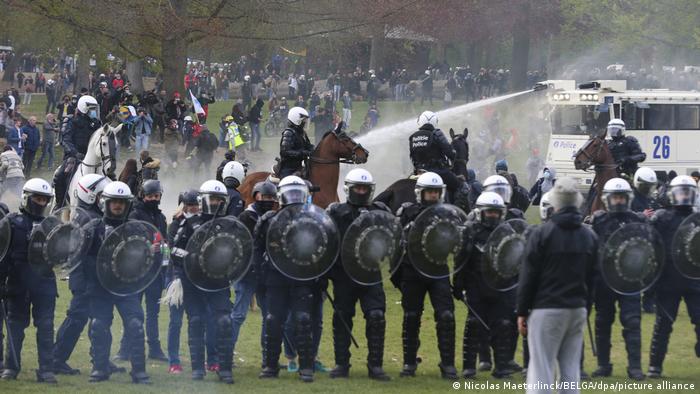 Police and protesters clashed during a second party protest at a park in Brussels, Belgium

Police forcibly broke up a party at a park in Brussels on Saturday, after hundreds of people defied a ban to protest COVID-19 restrictions.

The mass gathering comes a month after a similar gathering — initially intended as an April Fool's joke — saw several people injured in clashes with police in the Belgian capital.

The party protest, dubbed "La Boum 2," took place at a large park in the city.

"It's been a year," a 21-year-old woman from Brussels told the AFP news agency. "A whole year we can't go out. After a while you need an alternative." 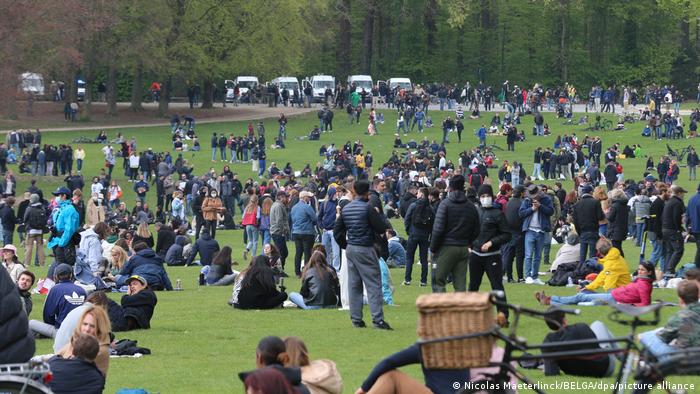 Police officers deployed water cannons and fired tear gas at the crowds to get them to disperse.

A video posted by broadcaster France TV Bruxelles showed a water cannon truck driven by authorities to break up the groups of people.

A helicopter was also seen circling over the area.

Some of those in the crowd tossed bottles at officers and set off fireworks before authorities moved in.

Brussels police said they made the decision to clear the park as "health measures are not being respected."

On Twitter, police posted pictures of items that had been confiscated from protesters — including a knife and several fireworks.

Belgium is currently in the midst of a second national lockdown to curb the spread of the coronavirus.

Restaurants and bars have been closed since the end of October, although outdoor dining is set to reopen on May 8.

The country's vaccination drive is also picking up speed, with the government urging the public for calm and patience.

Coronavirus: In Belgium, teens speak out on mental health

Many people have struggled with mental health during the pandemic. In Belgium, adolescents living in psychiatric care facilities told DW about their struggles with trying to cope in a coronavirus-stricken world.

During a protest against coronavirus restrictions in Brussels, police used water cannons and tear gas. Authorities estimate 8,000 gathered, far fewer that the 35,000 a few weeks ago.