Assadolah Assadi has been sentenced to 20 years in prison for attempting to bomb an Iranian opposition rally in France. 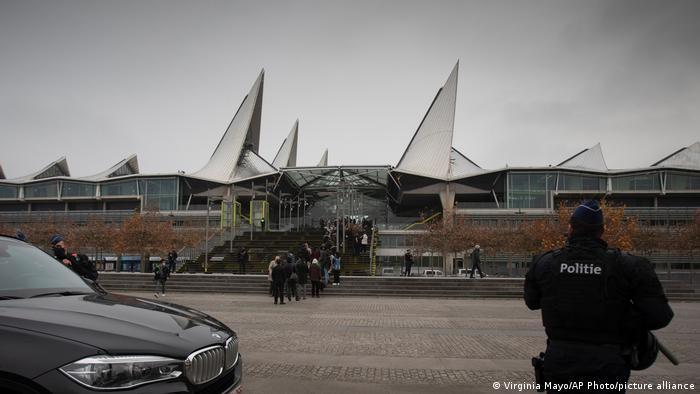 The Antwerp court where Assadi was charged

Iranian diplomat Assadolah Assadi was convicted of attempted terrorism Thursday by a court in Belgium for his role in a 2018 bomb plot targeting an Iranian opposition group in France. He was sentenced to 20 years in prison.

The court ruled that Assadi and three others sought to kill top leaders of the National Council of Resistance of Iran (NCRI) during a rally near Paris. The plot was uncovered ahead of time by German, French and Belgian police.

Investigators say Assadi transported the explosives for the plot on a commercial flight to Austria from Iran, according to a document by Belgium's federal prosecutor seen by Reuters news agency.

Two were arrested by Belgian police on the day of the rally while driving from Antwerp with 500 grams (1.1 pounds) of TATP explosives and a detonator. Prosecutors said the couple had received the bomb materials from Assadi for transport to the rally. They were sentenced to 18 years.

Another Iranian-Belgian man had been due to guide the couple once at the rally. He was sentenced to 15 years.

The NCRI's legal team said police prevented what would have been a "bloodbath." 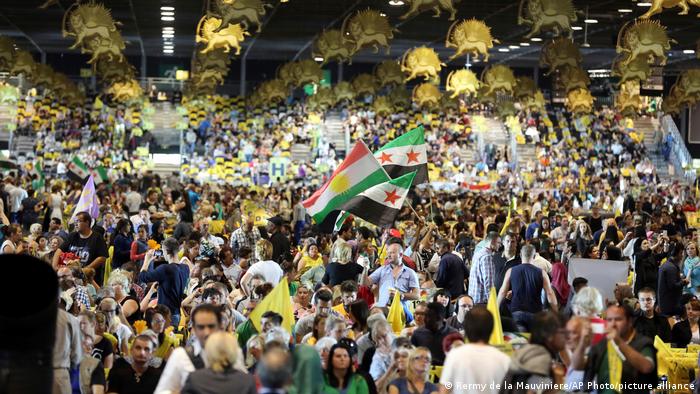 Assadi was charged with trying to bomb a NCRI rally, similar to the one seen here

Assadi refused to appear in court, claiming "diplomatic immunity." He was arrested in July 2018 while on vacation in Germany as the result of a Europol sting involving several countries.

As Assadi was outside Austria at the time of his arrest, German authorities said his diplomatic immunity as a counselor at Iran's embassy in Vienna did not apply and he was extradited to Belgium.

Following Assadi's arrest, Bahram Ghassemi, a spokesman for the Iranian Foreign Ministry, said he deeply regretted the German decision, claiming it was part of a "staged conspiracy" to sever relations between Europe and Iran.

"The ruling shows two things: A diplomat doesn't have immunity for criminal acts ... and the responsibility of the Iranian state in what could have been carnage," Belgian
prosecution lawyer Georges-Henri Beauthier told reporters outside the court after the verdict.

Following the foiled bombing attempt in 2018, the French government accused Iranian intelligence of being behind the operation, a claim Tehran has vehemently denied.

Iran has called the bomb plot allegations a "false flag" stunt perpetrated by the NCRI, which Tehran considers to be a terrorist organization.

A spokesman for Iran's Foreign Ministry told the semi-official Iranian Students News Agency that Assadi was the victim of a "Western trap," and that his diplomatic immunity had been violated.

The case has caused tension between Europe and Iran, as it is the first time that a European Union country has put an Iranian official on trial for terrorism.