Belgian report lists hundreds of pedophilia cases in Catholic Church | Europe | News and current affairs from around the continent | DW | 10.09.2010

Hundreds of complaints of sexual abuse by clergy in Belgium have been made to a Catholic Church-backed commission. A report detailing cases involving children as young as two was released after a court ruling. 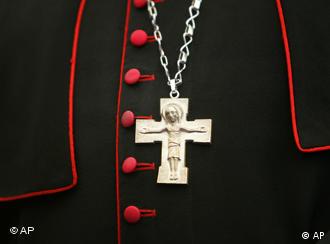 The report was commissioned by the Catholic Church

A Belgian commission investigating sexual abuse within the Catholic Church said that the 475 cases of abuse reported in the first six months of the year extended to all parts of the country.

"We can say that no part of the country escapes sexual abuse of minors by one or several of its members," said the authors of a report published on Friday.

The chairman of the Church-backed commission, Peter Adriaenssens, said that the majority of witnesses came forward after a bishop resigned in April over sexual abuse, causing turmoil within the Belgian church. 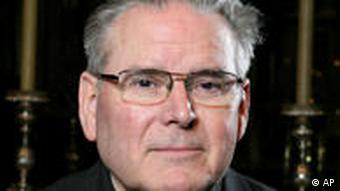 Most of the allegations were related to pedophilia committed by clergy members between the 1950s and late 1980s. However, claims were also made against teachers and adults working with youth movements.

The report reveals that abuse for most victims began at the age of 12, although one child was aged two and several were under seven.

The commission said that victims deserved a response from "a courageous church which is not afraid to confront its vulnerability, to recognize it and to cooperate in finding fair responses."

The commission had been preparing the report when its files were seized in a June raid on the home of the former archbishop of Belgium, Cardinal Godfried Daneels.

The 200-page report was published following a court ruling on Thursday that the raids, by Belgian prosecutors looking into sexual abuse, were disproportionate and that the material should be returned, being inadmissible as evidence.

The Belgian church was thrown into crisis by the resignation in April of the Bishop of Bruges, Roger Vangheluwe, who admitted having sexually abused his nephew.

The report comes after Germany was rocked by a series of pedophilia claims about Catholic clergy, which followed revelations of abuse at a church school in Berlin in January.

The Vatican has updated its internal rules regarding sexual abuse cases involving Catholic priests. The new rules extend the Vatican's statute of limitations and expedite the process for defrocking pedophile priests. (15.07.2010)