Belarusian Cyber Partisans want to overthrow the regime through hacking | Europe | News and current affairs from around the continent | DW | 03.09.2021

Belarusian Cyber Partisans want to overthrow the regime through hacking

A group of Belarusian tech experts claims it has hacked into official databases and has access to extremely sensitive data. One hacker told DW that the idea was to provide the population with important information. 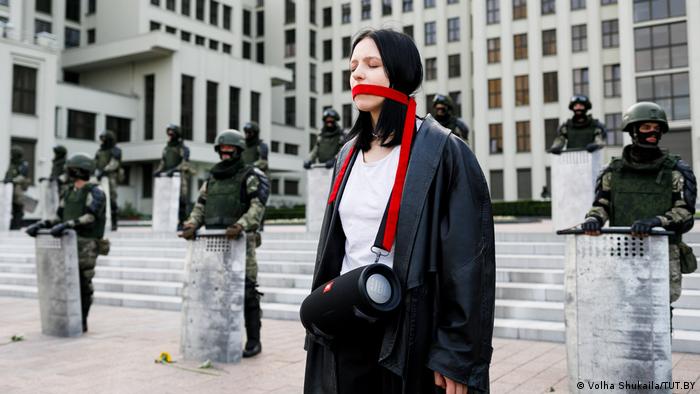 In July and August, a group of hackers that go by the name of Belarus Cyber Partisans claimed responsibility for a number of cyberattacks on government and police databases in Belarus, including those of the Interior Ministry.

It recently said that it now had access to the passport details of all Belarusians, as well as internal security plans, and also knew whose telephone numbers had been tapped. The list reportedly includes security officials, state-run companies and private firms. The Cyber Partisans say that they have hundreds of thousands of hours' worth of recordings.

This is clearly a coup of sorts. On August 17, Belarus ruler Alexander Lukashenko indirectly confirmed the loss of sensitive data. "If you can't protect the information in your computers, then write things by hand and put them in drawers," he told ministers at a meeting. 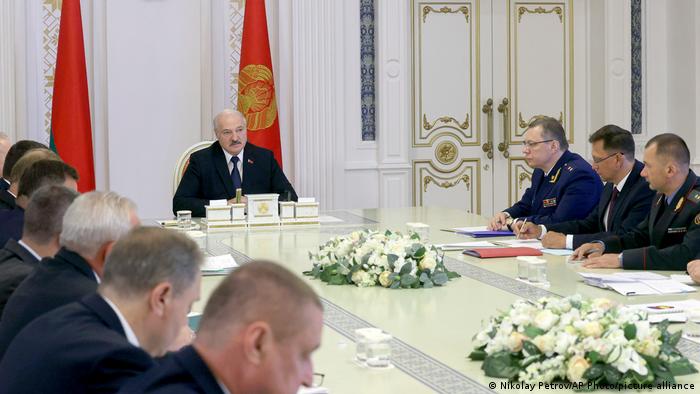 The Cyber Partisans say they will process the information and release it gradually. To do this, they set up a Telegram channel that already has 77,000 subscribers. The encrypted messaging app is often used by supporters of the opposition in Belarus because it makes it easier to bypass the censors. It was one of the biggest sources of information during anti-government protests in 2020.

DW verified the Cyber Partisans' claim that they had access to Belarusians' personal data by uploading the name of a staff member who has Belarus citizenship. Within minutes, the computer had provided passport photos, a registered address, and even information about their parents. There was even a typo identical to that of their passport.

One member of the Cyber Partisans told DW that they were not professional hackers but explained that all of them worked in the technology sector. They have said that they learned on the go and refuse to say who they are or where they are located for security reasons.

Apparently, one hope was that high-ranking officials would be dismissed after the cyberattack on the interior ministry but this did not happen.

With their cyberattacks, the collective is trying to target "the most sensitive points" of the regime and to throw the system into disarray, said the Cyber Partisans member. "While the regime is trying to put out this fire, we are already preparing the next attacks on the pillars of the state," he said, adding that this was a time-consuming, complicated process. It was hardest to access information about Lukashenko himself and his inner circle, such as high-ranking intelligence officers, the hacker added. However, the group has said it does now have access to 16,000 secret files, including several pertaining to Lukashenko and his family.

According to the Cyber Partisans, the Belarusian Interior Ministry set up a database entitled Street Riots, in which almost 39,000 people were registered last year alone, mostly because they had participated in protests after the disputed presidential elections. The database apparently has information on these protesters' passport information, as well as details pertaining to arrests and the subsequent outcome. DW has seen screenshots confirming this.

The Cyber Partisans also claim that they have obtained access to surveillance cameras in prisons and detention centers. They say that they cannot yet reveal any details but have said that they will do so as soon as they have "information that is relevant to the people." 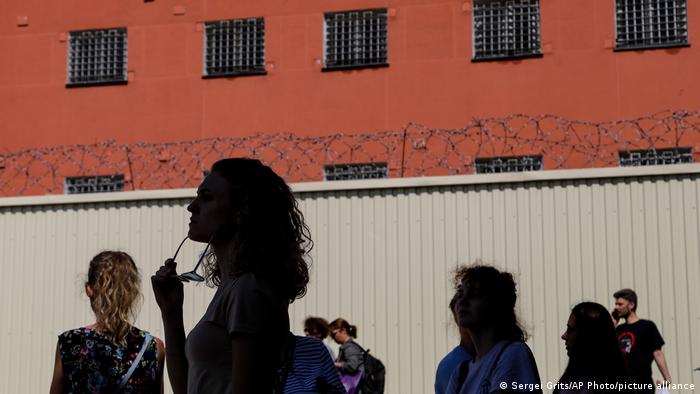 They say that what was most surprising was that the authorities had failed to take basic security precautions or had simply ignored them. For example, people often used the same password.

The Cyber Partisans have also claimed that the data is better off with them than with the ministries in charge. But they have said that "trustworthy" third parties, such as other opponents of the regime can request limited access to the raw data collection. They insist that the identity of journalists will be checked. When asked why information about the DW Belarusian journalist had been provided so readily, DW's source responded tersely: "In this case, it was a mistake. Our operating procedures have still not been finalized."

In September 2020, when the protests were in full swing, the Cyber Partisans published the names and addresses of police officers who had reportedly taken part in beating up demonstrators and other such information. They apparently don't mind using the same methods as the state security organs, which have also released the names and addresses of opponents. The group says they do not regard themselves as criminals but as combatants for democratic values.

The Cyber Partisans say that if a state uses all its instruments — such as laws and funds — to oppress peaceful citizens, and the authorities "violate the constitution so crudely," it is their "duty" and "a question of conscience" to record this.

Translated from a German article that was originally written in Russian