Belarus: Lukashenko decree to give council power in case of emergency

The Belarus strongman wants the National Security Council to take over if he is killed or incapacitated. Previously, power would have gone to the prime minister. 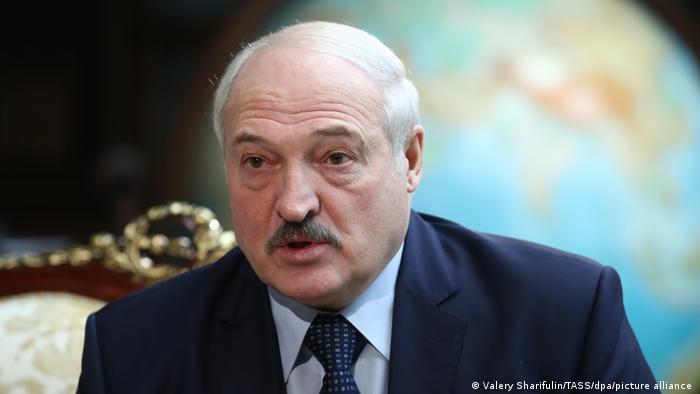 Alexander Lukashenko, known as Europe's last dictator, has held power in the former Soviet country since 1994

Alexander Lukashenko, the leader of Belarus once dubbed Europe's last dictator, said on Saturday that he will change the country's law of succession to make it easier to hand power to the Belarus National Security Council.

"Tell me, if there is no president tomorrow, would you guarantee everything is going to be fine? No," he told reporters during a visit to areas affected by the 1986 Chernobyl nuclear disaster.

"I will sign a decree about how the power in Belarus will be set up. If the president is shot, the next day the security council will get the power," Lukashenko said, according to the state-run Belta news agency.

Officially, the 66-year-old strongman himself is the head of the National Security Council.

Lukashenko's son, Viktor, served as a member of the council until late February and now serves as the head of Belarus' Olympic Committe.

Under the current law, presidential powers would be transferred to the country's prime minister. The post is currently held by lesser known Lukashenko loyalist Roman Golovchenko. 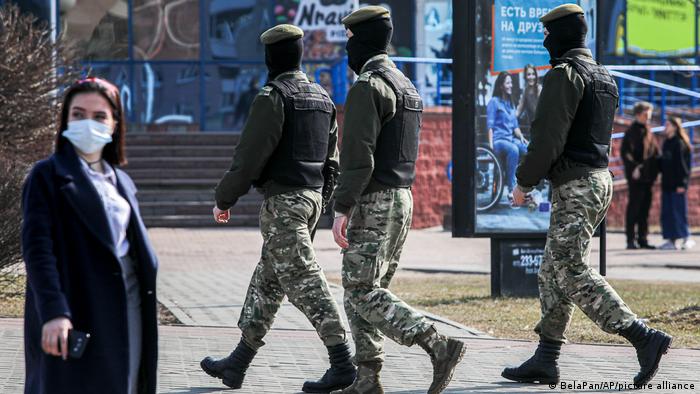 Security has been tightened up since the protests last summer

Alexander Lukashenko has ruled Belarus with an iron fist since 1994, and has repeatedly denied plans to create a political dynasty.

What about the opposition?

Belarus was rocked by street protests last summer when opposition figures accused Lukashenko of fixing the election in his favor to serve a sixth term in office.

His political rivals, along with the US, the EU and their allies, believe that poll was actually won by Sviatlana Tsikhanouskaya, who now lives in exile in Lithuania.

Franak Viacorka, a senior advisor to the opposition figure, said the latest move was merely an attempt "to prevent possible democratic transition."

Lukashenko has repeatedly alleged that the protests were fomented by the West, without providing evidence for his claims.

Last week, Russia arrested two Belarusians who allegedly were leading an attempt to organize a coup and kill Lukashenko.

Lukashenko claims the plot had backing from the United States.

On Saturday, he claimed that NATO planned to send troops into the country if the coup occurred, bringing them to the Russian border.

"It was a springboard, I always told you, to attack Russia. It was the first step," he said.

Despite his declarations of friendship with Russia's President Vladimir Putin, the two men have often clashed in the past. Western leaders fear that Lukashenko will seek much closer ties with Russia after being ostracized by the rest of the international community.

CORRECTION: May 11, 2021. A previous version of this article stated that Lukashenko's decision to hand power to the National Security Council in the event of an emergency was designed to install his son Viktor as his successor. DW has since learned that Viktor left the National Security Council on February 26, after being appointed president of the Belarus National Olympic Committee. DW regrets the error.