Chinese dissident artist Ai Weiwei has said that he is under constant surveillance from Beijing even while on a visit to Germany. But he said China was undergoing unprecedented changes. 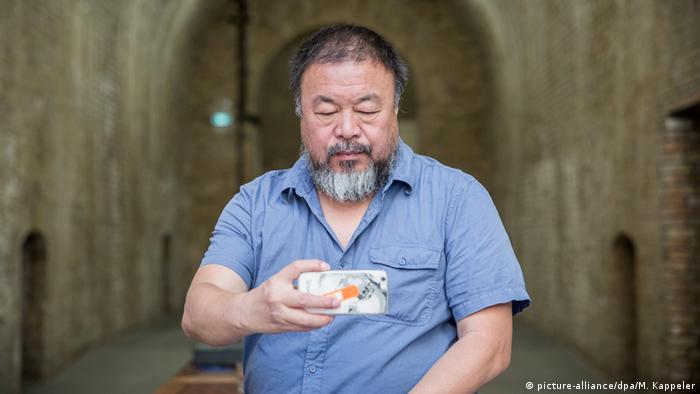 Speaking on Friday to Germany's public service broadcaster ZDF in Berlin, Ai said Chinese authorities always knew what he was up to.

"They let me know that they know what I am doing," Ai told ZDF, saying that they kept his friends and relatives informed with relevant details, including that he was giving the current interview.

Ai, who spoke through an interpreter, said that although Beijing's attitude had "changed a little," he thought that "the control will always be there."

But he said that China as a whole was undergoing a "radical transformation."

"The world has never before seen such changes," he said. "There will still be many struggles and much suffering in this process of change. But these changes must take place."

The 57-year-old artist, known for his outspoken criticism of the Chinese communist government, was able to leave China last week for the first time in four years after receiving his passport back in a surprise move on 22 July. Authorities had confiscated the document upon his arrest on tax evasion charges in 2011.

During his time in Germany, he said he intended to speak with Berlin's University of Fine Arts about a proposed three-year guest professorship there.

He told ZDF that he would "naturally stay a very long time in Berlin" but that he would leave open the possibility of a return to China.

Ai said on Thursday that Chinese authorities had promised to allow him to return without hindrance.

The artist has set up a studio in the German capital, where his son has lived for the past 11 months. 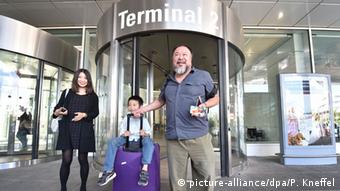 Ai has been reunited with his son Ai Lao, seen here with mother Wang Fen

But he also said social media were his true fatherland and that he would continue to live in them "whether in Beijing or Berlin or any other place in the world."

Ai was arrested in China in April 2011 while leaving for Hong Kong. He was released on bail following 81 days in detention without charge.

However, his company, Fake Cultural Development Ltd., was accused of tax evasion and later ordered to pay $2.4 million (2.2 million euros) in back taxes and fines.

Ai has appealed against the charges, saying they were imposed as a penalty for speaking out against the government.

The Chinese artist Ai Weiwei is particularly admired in Germany. DW's Sabine Peschel comments on the Germans' fascination with the artist, and why we should avoid using him to simplify our interpretation of China. (31.07.2015)