Bayer Leverkusen have fought to a 1-1 draw in Belarus to keep alive their slim hopes of advancing to the round of 16. It was a scrappy contest that featured a couple of strange goals. 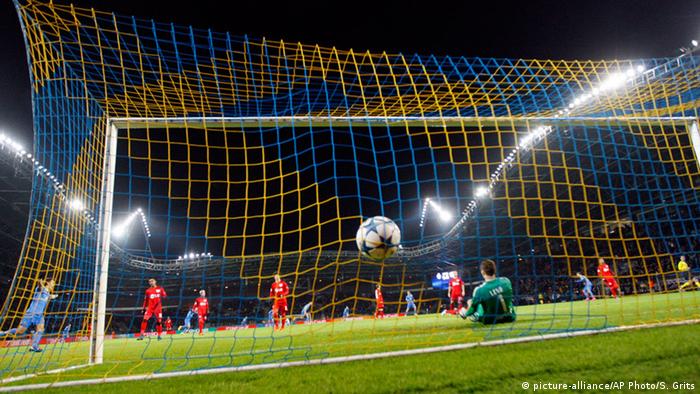 Coach Roger Schmidt went into the game in Borisov concerned about his central defense, having to do without the suspended Ömer Toprak and Kyrgiakos Papadopoulos. And one of the players called into action as a result proved that those worries were justified.

The trouble started with the Brazilian, Andre Ramalho, who has seen precious little game action this season - and it showed in the first minute of the game.

Ramalho mishit a pass that fell to a BATE Borisov player on the wing well inside Leverkusen's half. Like a magnet, three other Leverkusen defenders were drawn over to the general area of the ball, but they were unable to prevent Aleksandr Volodko from passing across to an open Mikhail Gordeichuk on the left of the penalty area. Gordeichuk pulled the ball into the area and got off a shot that went through the legs of right back Giulio Donati but didn't look at all dangerous.

Hit along the ground straight at Leverkusen keeper Bernd Leno, it looked like a routine save. Somehow, though, it eluded Leno's outstretched hands and went through his legs. Leno fell back into his goal in disbelief. Sixty-eight seconds into the game and Leverkusen were chasing a 1-0 deficit.

Almost immediately, BATE, hardly able to believe their luck, began getting nine men behind the ball, looking for the odd counter, but hoping to protect their unexpected lead. And they did pretty well for the rest of the half - Leverkusen did their best to press for the equalizer and did create some chances, but never really tested Sergei Chernik in the BATE goal - until the 45th minute.

Admir Mehmedi got deep into the BATE half before playing a square ball in to Chicharito who was all alone in the area. This looked like a certain goal, particularly given the form the Leverkusen striker has been in lately - but Chernik made a sharp leg save on a shot that came well within his reach.

Leverkusen rewarded with the equalizer

The visitors came out a little more brightly in the second half asking questions of the BATE defense, creating several half chances and forcing solid but not spectacular saves from Chernik. 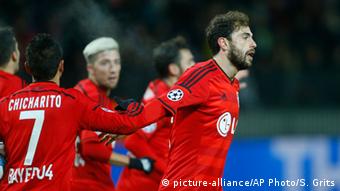 It was always going to be difficult to keep Leverkusen off the board but when the goal finally did come, it came in an utterly surprising way and again Mehmedi was involved, this time as the finisher.

Hakan Calhanoglu, who hadn't had a great game by his standards, produced a moment of brilliance, chipping the ball over a couple of BATE defenders and into the box. Mehmedi then casually took a side-footed volley that wrong-footed Chernik and went into the far corner of the net. Whether it was meant as a shot or a pass, it was a great finish.

Try as Bayer might though, they were unable to get a second goal to secure all three points. Still, Bayer's slim hopes of advancing remain alive. As long as Roma don't beat Barcelona in the late game, Bayer could still advance by beating Barcelona on December 9 - admittedly a very tall order indeed.