Citizens in the small Bavarian town of Kaufbeuren voted not to provide public land for a mosque. A local initiative was started by a retired detective and garnered enough votes to stop the negotiations. In a local vote on Sunday, the residents of Kaufbeuren, a small town in Bavaria, decided against providing public land for the construction of a mosque.

At issue was the question of whether the city would provide the local branch of the nationally active Turkish-Islamic religious association DITIB with a 5,000-square-meter (54,000-square-foot) plot in an industrial area.

At least 45 percent of approximately 34,000 eligible voters took part in the local referendum. A minimum turnout of 20 percent was necessary to make the vote valid. The city must now break off its negotiations with DITIB.

According to the direct democracy NGO "More Democracy," there had only been one referendum in Germany before on building a mosque: in 2002, and then, a majority in Schlüchtern in Hesse voted in favor of construction.

The vote was held following an initiative organized by "Kaufbeurer Bürger gegen Neubau einer Ditib-Moschee" or "Kaufbeuren citizens against a new DITIB mosque."

According to the group, DITIB is the mouthpiece of Turkish President Erdogan and spreads a political Islam that is incompatible with Germany's Basic Law and the free democratic order.

The background of the initiative, or who organized it has been unclear. A retired detective, Werner Göpel, officially started it, according to his own statement, because of a fear of the "Islamization" of local society. 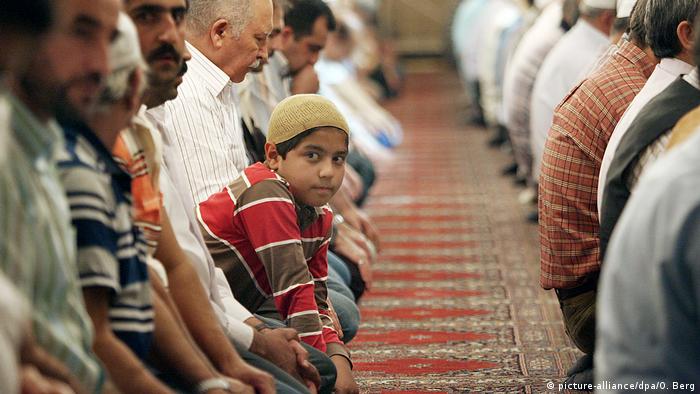 Voters decided not to provide public land for a mosque

According to a media report, however, the right-wing Alternative for Germany (AfD) party said shortly before the vote that it had initiated it.

Göpel, however, told the Catholic News Agency (KNA) that he had made the decision alone; everything else was a lie. The AfD could not be reached for comment on Sunday.

Kaufbeuren's Mayor Stefan Bosse (CSU) explained that the "very high voter turnout" had shown that people had been touched by the topic. "I believe that the discussion here was massively overlaid by larger issues such as relations with Turkey and migration problems. If DITIB now decides to build the mosque privately, then the municipality will no longer have any influence — there is a missed opportunity."

Kaufbeuren DITIB chairman Osman Öztürk said he was "shocked," but had to accept the result of the election. Now, DITIB has the option of looking for private land to purchase for a mosque. Muslims in town, however, reported that they had received a lot of support from their neighbors and local churches.

According to DITIB, the reason they wanted a new mosque was that the previous building in a residential area has become too small.

The city council of Kaufbeuren therefore decided by a majority vote in November 2017 to start negotiations with DITIB on real estate.

Three major German Muslim associations have demanded that politicians and media pay more attention to violence against mosques. They said the recent spate of arson attacks were an attack on society at large. (15.03.2018)

The Twitter account of Spiegel editor-in-chief Klaus Brinkbäumer has been hacked and used to apologize for bad news published about Turkey. The magazine has published extensively on Turkey and its relations with Germany. (14.01.2018)