Bavaria under fire for Balkan migrant ′deportation camp′ plans | Germany | News and in-depth reporting from Berlin and beyond | DW | 21.07.2015

The Bavaria cabinet has announced plans to set up two centers close to its borders specifically to expedite the deportation of Balkan asylum seekers. Human rights groups have dismissed the plans as 'right-wing populism.' 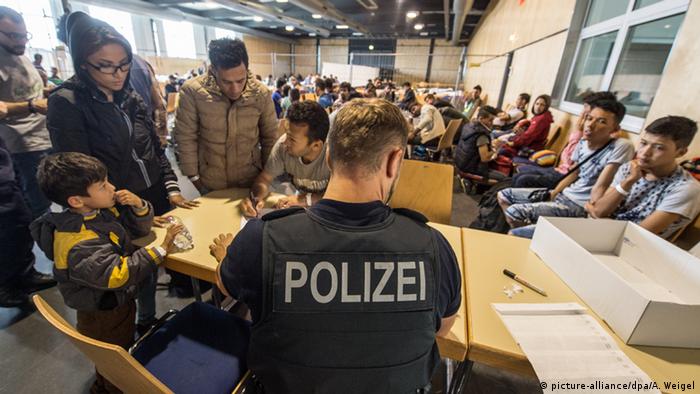 Human rights organizations reacted angrily on Tuesday to the Bavarian government's new plan to set up asylum centers to detain and process people from Balkan states.

The Bavarian cabinet, made up entirely of members of the Christian Social Union (the Bavarian sister party to Angela Merkel's Christian Democratic Union), decided on Monday that it would build two asylum seeker installations close to its borders exclusively for people from Balkan countries. The German government has put most of these on its "safe origin" list, though Bavaria also wants to direct people to the new centers from Albania, Kosovo, and Montenegro - states that are not on the list, but which the CSU thinks ought to be.

For refugees' groups, this is essentially institutionalized discrimination. "The decision whether someone is being persecuted or not needs to be the result of an asylum procedure, and not a sweeping judgment before people have even had the chance to present their reasons for seeking asylum," said Marei Pelzer, legal policy adviser at refugee support organization Pro Asyl. 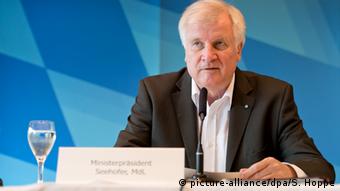 Hendrik Cremer, human rights policy adviser at the German Institute for Human Rights, was equally damning. "From a human rights point of view, these proposals very obviously need to be denied," he told DW. "If people are categorized and channeled according to their origin into special reception centers it doesn't square with their right to asylum. Segregation like that, based on their origin, is a violation of the human right against discrimination."

In a bullet-pointed report published on its website, the Bavarian government set out what would happen to new arrivals at the centers. The emphasis is very much on speed. Police will be instructed to send asylum seekers "with low residence probability" straight to the centers, where a medical check and an asylum application will take place within three days.

After that, "the hearing, decision, and notification by the BAMF [Federal Office for Migration and Refugees] would take place within two weeks."

"At any point," the government added, "a voluntary exit from the country will be made possible and supported." Then, "deportations will follow directly and continuously out of the center after the final decision has been made."

Bavaria's conservative government has consistently taken a tough line on migration, especially from the Balkan states. As they are "safe origin" countries, Seehofer's government argues, people coming from there can, by definition, only be doing so for economic reasons.

Pro Asyl has a problem with this definition. "You have to give people a chance," Pelzer said. "That simply doesn't happen now that these countries have been put on the list."

Though Bavaria is one of the stricter states, as Cremer points out, the new initiative is very much in line with German government policy. "The idea of creating special reception centers was expressed by (Interior Minister Thomas) de Maiziere a few months ago," he said. "It's not just a Bavarian idea, but Bavaria is taking it up, and the statement says that it has been agreed with the interior minister and with the president of the Federal Office for Migration and Refugees."

Seehofer also said this week that the "asylum system has reached the limits of its logistical, personnel, and financial capacity."

"No, I wouldn't agree with that," said Cremer. "Of course it's possible, and in some cases necessary, to accelerate asylum procedures. But to react as we are through the current proposals - to publicly mark asylum seekers as asylum abusers - that is just not acceptable." 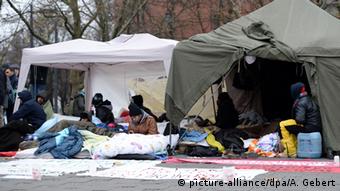 "We've got nothing against faster asylum procedures as such - as long as they're set up fairly," Pelzer said. "There is enough money, it's just a question of whether it's arriving at the local councils. There are financial questions that need to be decided at a political level."

For Pro Asyl, Bavaria's plan isn't really a serious policy at all. "This is very obviously cheap propaganda at the expense of the refugees," said Pelzer. "It's designed to put the wind in the sails of far-right populists who stoke opinion against refugees in the population to the extent that it leads to attacks. It's unacceptable if established parties like the CSU in Bavaria are doing this now."

Whether its more politics than practical policy or not, the CSU's new refugee center plan has been dumped in the middle of an increasingly heated public row between Seehofer and Germany's Social Democratic Justice Minister Heiko Maas.

The minister told Tuesday's edition of "Bild" newspaper that certain "shrill tones from Bavaria" were heightening the debate "in an irresponsible way." Seehofer, typically bullish, struck back in mid-afternoon after another cabinet meeting, saying, "This minister's problem apparently lies in the fact that he is somewhat distant from the realities of life."

Either way, as far as human rights groups are concerned, the realities of life for Balkan refugees in Bavaria are deliberately being made tougher.

Fanning the flames of hatred

Germany has seen an alarmingly high number of arson attacks on housing for asylum seekers recently. Communities all across the country are affected. It's a sign of an increasingly heated atmosphere. (20.07.2015)

German Chancellor Angela Merkel has defended her reaction to a crying teenage Palestinian refugee. In the calm after a social media storm, she said her response and gesture of stroking the girl's head was "really OK." (19.07.2015)