Basketballer Brittney Griner's detention in Russia has been extended by one month. Her arrest has highlighted problems in the WNBA involving time and money that are forcing players to go abroad in the off-season. 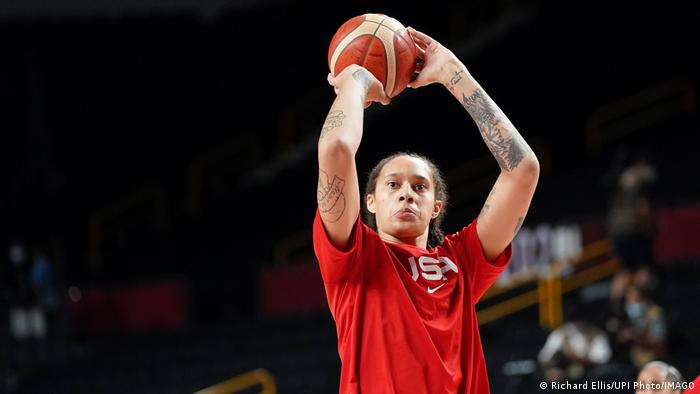 The 2022 season of the US Women's National Basketball Association (WNBA) began last week with one of its biggest stars, Brittney Griner, still being held in a Russian jail.

The superstar center was arrested for being in possession of vape cartridges that contained cannabis oil during a flight out of Moscow in February. Though legal in the US, the substance is considered illegal in Russia.

Griner's detention was extended by one month on May 13, with her defense hoping it indicated the case would come to a trial soon.

She was denied a request to be placed in home detention, but Griner's lawyer Alexander Boikov said they had not received "any complaints about the detention conditions from our client".

The US State Department has spoken out against Griner's detention, a situation complicated by Russia's ongoing invasion of Ukraine. In doing so they promised to "provide appropriate support".

Yet under the WNBA's salary cap, she earns a fraction of the eyewatering multi-million-dollar deals the likes of Stephen Curry and LeBron James command in the NBA. As a result Griner has spent time in Russia where she has racked up four EuroLeague titles with UMMC Ekaterinburg and a healthy pay cheque.

Since being founded in 1996, the WNBA has not had the audience to command premium rights deals from television networks. The result is that players, most of whom don't hold Griner's superstar status, are now being forced to move abroad in the off-season to financially set themselves up for the future.

The WNBA season runs from May to September/October with the off-season spent either resting, working in US media or going to play in countries like Australia, China, France and Russia.

While the salary cap in the WNBA sees the highest earners command a salary of $228,094 (€215,067) per season, playing abroad is more lucrative because players can negotiate higher wages.

In Russia, many of the stars can earn upwards of three times the salary, with Griner reportedly earning up to a million dollars during her stints with UMMC Ekaterinburg.

This is all made possible by Russian oligarch owners, like Andrei Kozitsyn and Iskander Makhmudov, who enable teams to provide players with lavish lifestyles, cash gifts and travel accomodations. In contrast, the WNBA recently fined the New York Liberty for creating an unfair advantage after the club chartered private flights for its team.

Russian clubs have also proven willing to go the extra mile as far back as 2015 when Diana Taurasi, the 2009 WNBA MVP, was paid $1.5 million (€1.42 million) by Griner's Russian employers in Ekaterinburg to skip the WNBA season entirely. Taurasi admitted it was a deal that her agent advised "would be financially irresponsible" to pass up.

When Evelyn Akhator was selected third overall pick in the WNBA Draft in 2017 by the Dallas Wings, she knew that it was just one step in what she hopes will be a long-lasting professional career. 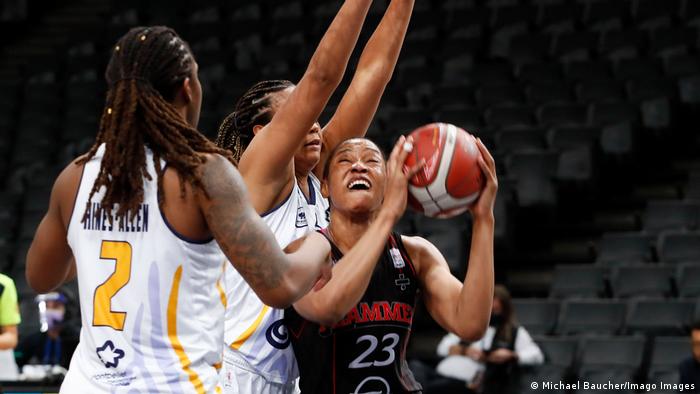 "As soon as I signed with an agent, they started to look for jobs overseas for me. Unless I told them otherwise, I knew I was going to play overseas," Akhator told DW. "That is where the real money is."

Akhator spent one season with the Wings before leaving to join Dynamo Novosibirsk in Russia where she played against Griner. She told DW of a lonely experience without family, friends or people who looked like her in an environment where being targeted by racist remarks was common on the streets.

The silver lining was that she was able to earn more than double what her rookie contract offered in the WNBA and, since then, she has competed in Turkey, Spain and is currently playing in France with the Flammes Carolo.

By comparison, the season in France is longer than the WNBA's, meaning she can stay active and negotiate a better salary. For her and many others, opportunites like this offer the chance to save up for a future after basketball.

The WNBA's 2020 Collective Bargaining Agreement (CBA) with the WNBA Players Association wants to make it more difficult for players to go overseas during the off-season.

WNBA commissioner Cathy Engelbert wants players to "prioritize" the league instead of playing abroad. The main reason being that leagues in Europe usually end in April, which affects players when they report back for pre-season training camps that same month. DW asked the WNBA and the Players' Association for comment on potential future changes to the season schedule, but received no response. 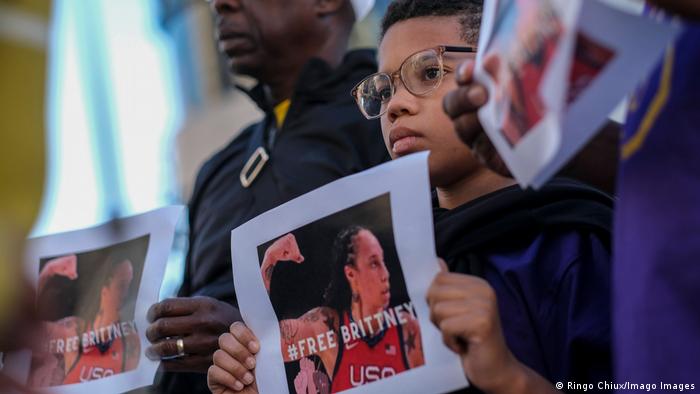 Those harsher measures are offset by promises of higher salaries as the WNBA hopes to raise the salary cap for their top players to $500,000 (€471,445) thanks to increased marketing opportunities.

But with the war in Ukraine and the sanctions on Russia ongoing, the appetite for going overseas is expected to reduce. The WNBA announced that Griner's initials and jersey number (42) will be featured along the sideline of all 12 WNBA courts, but as her family and friends await her return from Russia, her arrest is forcing players to rethink. Is the money worth it?

In the future, safety overseas will be key when players ask their agents for work, but Akhator doesn't believe that Griner's arrest would deter WNBA players entirely. "I think it is better for players to have a longer season and get paid six, seven-figure [salaries], I think that would really help."

US sports teams in the NBA, MLB, MLS and WNBA boycotted scheduled games to protest the police shooting of Jacob Blake in Wisconsin. It was the latest in a string of recent "Black Live Matters" protests in sports.