The Canadian province of Ontario plans to give up to 4,000 low-income households a guaranteed basic income for three years. Finland recently began its own basic income experiment, reports Jillian Kestler-D'Amours. 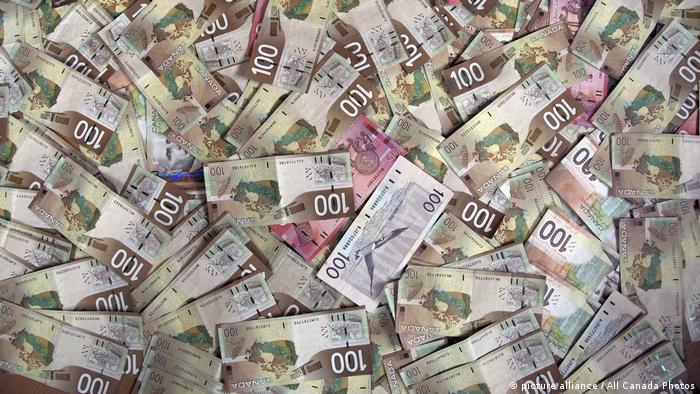 Canada's most populous province will soon join a growing list of places around the world that are exploring ways to give their citizens a guaranteed, basic income every month.

Ontario will launch the basic income pilot later this spring in the Hamilton and Thunder Bay areas, in south- and north-western Ontario, and in Lindsay, a town of about 20,000 residents around two hours east of Toronto, next fall.

Adults between the ages of 18 and 64 living on a lower income in one of the three test locations will be chosen at random, and up to 4,000 people will receive monthly payments.

Participants will be allowed to earn additional money, but their basic income allotments will decrease by up to 50 percent of the income they earn by working.

"It's not an extravagant sum by any means … But even that amount may make a real difference to someone who's striving to reach a better life," said Ontario Premier Kathleen Wynne as she unveiled the project earlier this week (April 24) in Hamilton.

The province will spend $50 million Canadian dollars annually for the three-year duration of the pilot program.

"We want to find out whether a basic income makes a positive difference in peoples' lives, whether this new approach gives them the ability to begin to achieve their potential, and whether it's an approach that can be adopted across our province as a whole," Wynne said.

Elizabeth McGuire chairs the Campaign for Adequate Welfare and Disability, which advocates for people who rely on Ontario's basic welfare system and receive work and disability benefits in Hamilton.

She said, "basic income would bring security" to residents living in poverty in the city, which is home to about 750,000 residents and has historically relied on steel manufacturing for much of its economy.

"And it's that security that is the most beneficial aspect of basic income," McGuire said.

She said that low-income Ontarians often first want to know how a basic income system might impact the other social programs they need, including housing support, mental health services and medical transportation.

The government must also make sure it supports basic income participants in other ways, McGuire said, including helping them relearn daily life skills, like banking, budgeting and shopping for food.

"Basic things that you and I might take for granted, but have been lost by a lot of people because the system has been so, so punitive over so many years," she said.

While the project has been met with cautious optimism across the province, this isn't the first time basic income has been considered in Canada.

Between 1974 and 1979, every family in the rural community of Dauphin, in the central province of Manitoba, was eligible to receive a monthly stipend as part of a basic income experiment called "MINCOME."

While the government never wrote a final report or analyzed the data, a 2011 study found that the program had some positive results, including a drop in hospitalizations among participants, especially for mental health diagnoses, accidents and injuries.

Proposals to institute a basic income have gained attention around the world and have been embraced by individuals, organizations and governments on both ends of the political spectrum.

Supporters of a basic income say it may be a way to lift low-income households out of systemic poverty, lead to entrepreneurship and even the playing field in an increasingly competitive market where jobs are disappearing. 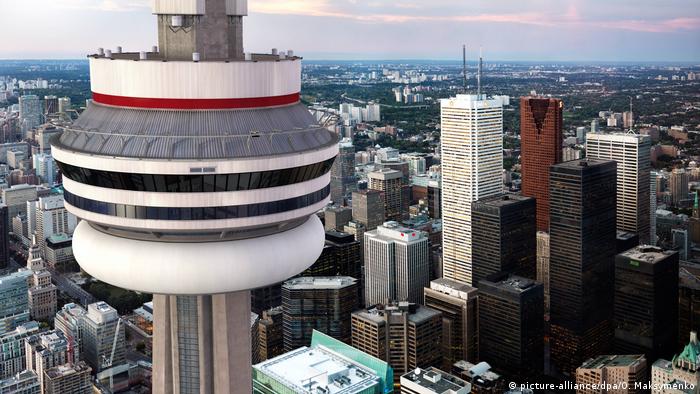 Up to 4,000 households in Ontario will be involved in the scheme

Opponents, meanwhile, fear a basic income system may erode a country's social safety net, lead to the privatization of government services or allow employers to get away with offering predominantly low-wage, part-time jobs.

Others say basic income programs may be too costly and will not actually spur citizens to find work.

Read: Canadians shy away from US travel amid fears of discrimination

In January, Finland began a basic income experiment of its own, offering 2,000 unemployed citizens between the ages of 25 and 58 a guaranteed monthly income of 560 euros. The project will last for two years.

"The main goal here … is to see how this kind of mechanism of basic income would increase the incentive to take on work," said Marjukka Turunen, head of the legal affairs unit at Kela, Finland's social security body, which administers the project.

Turunen told DW it is too early to talk about results or analyze the data that has been collected to date.

She said, however,that basic income "is not the one solution for every problem," but that the experiment may bring other solutions to the table, including ways Finland can ease the bureaucracy in its unemployment benefit system, or reform its social security framework.

Turunen said Ontario should use its three-year project to gather as much information it can about what does and does not work in its own system.

"[Whether] this becomes a permanent mechanism in our system or not, we will have extremely useful information from it, and I think that [Ontario] will, too," she said.

In the meantime, McGuire said the basic income pilot should not prevent Ontario from improving the system now by raising its social welfare rates, and not denying benefits to those who need them.

"I think we have to keep up our fight to raise the rates, [and] to improve the service," McGuire said. "There's still a lot of people suffering."

A member of Angela Merkel's Christian Democratic Union wants parents in Germany to receive a basic income regardless of their means. But this shouldn't be confused with universal basic income, she said. (28.11.2016)

Swiss voters overwhelmingly rejected the idea to give "an unconditional basic income" to all residents. Switzerland is the first nation to hold a referendum on the issue, with supporters worried about the future of jobs. (05.06.2016)