What′s better: An unconditional basic income or a job guarantee? | Business| Economy and finance news from a German perspective | DW | 03.06.2016

Switzerland's Sunday vote on a proposal to grant all citizens an unconditional basic income (UBI) is part of a growing global UBI movement. But would an employment guarantee be a better idea? Economists are divided. 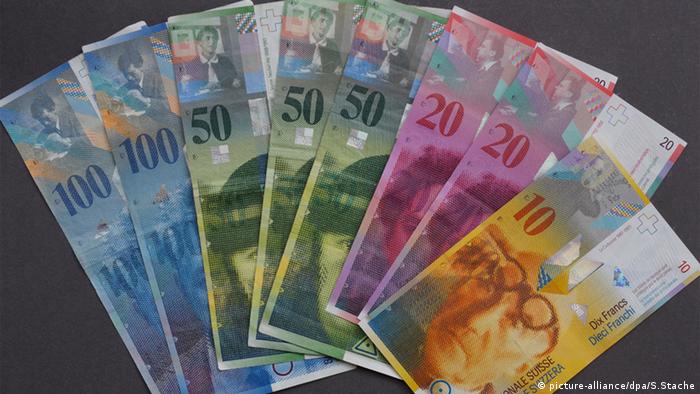 The proposal put to a vote on Sunday invited citizens to amend the country's constitution so as to require the Swiss government to pay an "unconditional basic income" (UBI) to each adult citizen - and a rather generous one, too: the proposed figure was 2,500 Swiss francs per month ($2,531).

Proponents said on their website that "the basic income... arises from a general fundamental democratic right, the Right to Life. The basic income should be considered as one of the human rights."

UBI isn't a hot topic only in Switzerland - in recent years, it has become the focus of a broad, global social-political movement, with well-organized citizens' groups in many countries lending their support and a global umbrella group promoting UBI as a sort of cure-all for many economic ills.

It's not the first time such a movement has arisen. For example, during the 1930s in the US, a movement called "Share Our Wealth" drummed together millions of Americans in favor of a UBI proposal, and in the British Commonwealth, a similar movement started in the 1920s under the banner of "Social Credit." 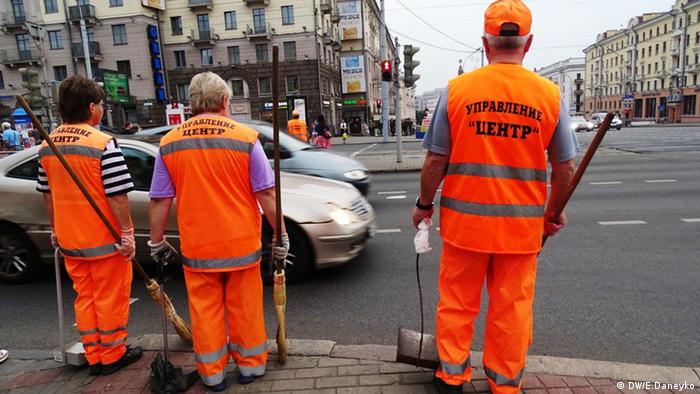 Workfare workers in Minsk, Belarus: Whether an employment guarantee program is empowering or demeaning depends on the details

"Wages in the private sector would be liberated from securing the livelihood of the employee," the Swiss UBI scheme's proponents said. The employee will be "more free in his position of negotiation; he can say yes to work that interests him and in which he can be of optimal use."

UBI's advocates range across the ideological spectrum from libertarian free-marketeers to socialists. They envision a world in which no-one has to suffer from income insecurity, all basic needs are met, and people only work at that which interests them - or, alternatively, people accept jobs that are hard or unpleasant only if they're very well paid, and they're treated with respect by their employers.

Is this vision a realistic possibility, or a utopian delusion? The only way to know for sure is to run some UBI experiments and see what happens. A variety of small-scale UBI experiments are currently in planning stages in different jurisdictions around the world, including in Finland, the Netherlands, Ontario and Kenya. These experiments will involve granting UBI to only a few thousand people, in order to see what they choose to do as a result.

In the meantime, some economists are proposing an "employment guarantee" instead, which is basically UBI coupled to a requirement for the recipient to do some useful work. 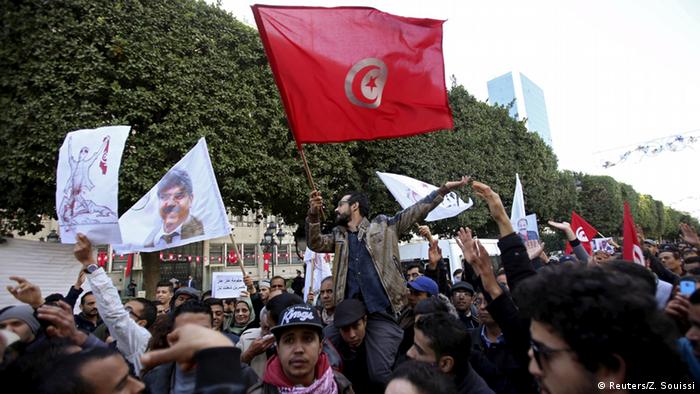 High unemployment, especially amongst youth, is a chronic problem in many Mediterranean countries - and a major risk to social stability, as frustrated people lash out. Here, a protest in Tunisia

UBI could be funded by any of a variety of taxes - for example, by a hefty tax on the assessed value of land, as proposed by "Georgists," followers of the ideas of 19th century reformer Henry George; or by a wealth tax, or a stiff income tax on high incomes, or a value-added tax. Each funding approach would have different economic consequences.

It could also be funded in part by de-funding existing programs. Libertarian supporters of UBI hope that if a sufficiently generous UBI were introduced, many - though not all - existing social welfare schemes could be reduced in scale, or eliminated entirely.

A key argument in favor of UBI is that it would, in net effect, tend to transfer money from high-income taxpayers who pay the bulk of income taxes, to low-income people. Low-income people spend nearly all the income they take in each month. High-income people save much of their income, leaving it sitting idle in savings accounts or passive financial investment vehicles.

That's why an important consequence of UBI, advocates say, would be an increase in consumer spending - and hence stronger economic growth, as well as greater business revenues and tax revenues caused by that growth.

Bill Mitchell isn't convinced by pro-UBI arguments. A leftish, pro-labor economist, Mitchell is an economics professor and director of the Centre of Full Employment and Equity at the University of Newcastle in Australia. A semi-professional guitarist on the side, Mitchell is a leading thinker on modern monetary theory and a leading proponent of a state-sponsored "job guarantee." 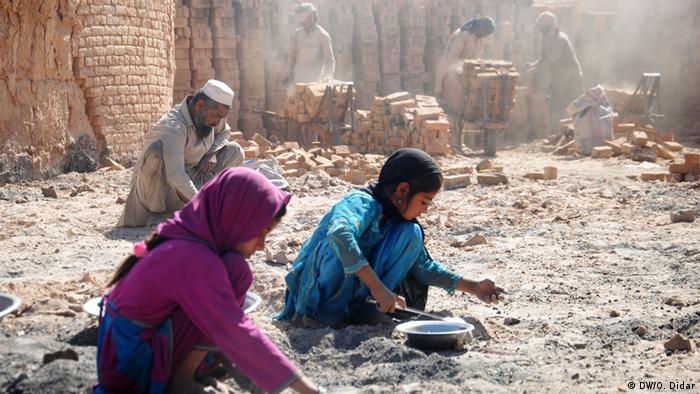 The persistence of poverty in an age of high technology and mass production is a consequence of badly set up economic and financial systems, not of any inherent scarcity of goods or production capacity. Here, Afghan child labor in a tile factory

Mitchell's big idea - which, like UBI, is an old idea that's been around in one form or another for many decades - is a state-financed guarantee that a minimum-wage job will be provided by the local job center on request to anyone who cannot find a job in the private sector.

"I prefer employment guarantees as the primary way to beat back poverty," Mitchell has written in billy blog, his weblog. He proposes that "the minimum wage be set at a level that supports an inclusive social lifestyle for the recipient," i.e. well above poverty level.

With a well-designed job guarantee system in place, involuntary unemployment and all the precariousness of life associated with it would disappear - and society's total production of goods and services would increase.

Mitchell worries that if the UBI benefit were large enough, a lot of people would choose to simply stop working altogether. Inflation could result, he says. If fewer people choose to work - because they don't need to - then aggregate production of marketable goods and services could decrease, even as the nominal demand, in the form of money, stays the same or increases.

A job guarantee avoids that problem

A job guarantee need not be a harsh "workfare" system in which job-takers must do whatever scut-work assigned to them top-down by a job-center bureaucrat, its advocates say. The system could be designed to encourage motivated participants to design their own jobs, and offer mentorship in business skills, encouraging suitably talented people to start their own small businesses. Job-takers could negotiate with the local job-center to create a job that meets their own interests and abilities. 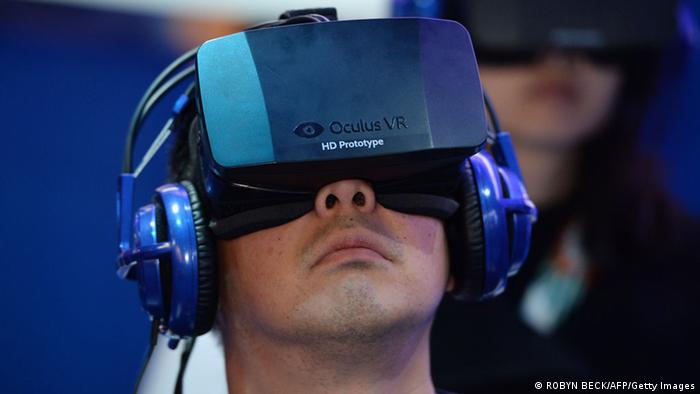 The Oculus Rift virtual reality headset is the first of a new generation of VR goggles to hit consumer markets. In the near future, millions of people will disappear into VR fantasylands for many of their waking hours

An employment guarantee also avoids another risk attendant on UBI: Millions of people draw much of their sense of meaning and purpose from their work. Many people, if given an unconditional monthly payment large enough to live on, would likely stop working altogether. What would they do instead?

Some might pick up their guitars and become expert musicians, or sit down and hone their writing skills until they're ready to write a great sci-fi novel, or devote their lives to teaching special-needs children.

But others might take to sleeping in and drinking a lot. Many might get seriously addicted to video games - a risk that will only increase as we enter the "virtual reality" gaming era. It could prove far more compelling for many a UBI recipient to be an imaginary hero battling demons in a VR fantasy world than face being a workless loser in a real world of stained sofas, obesity and bad teeth.

Offering people a guaranteed income to remove the precariousness of modern life has a lot to be said for it, but asking recipients to do some useful work in exchange, as "employment guarantee" advocates suggests, may prove a far wiser choice.

Swiss voters overwhelmingly rejected the idea to give "an unconditional basic income" to all residents. Switzerland is the first nation to hold a referendum on the issue, with supporters worried about the future of jobs. (05.06.2016)