Trade frictions between US and China also hitting BASF

German chemical conglomerate BASF announced on Tuesday that its annual profits had taken a serious tumble in 2018.

The major fall came in the fourth quarter with a nearly 60 percent drop in operating profit due to a sharp decline in earnings at its basic petrochemical-making unit. Fourth-quarter group earnings before interest and tax plunged 59 percent to €630 million ($715.37 million)

The Ludwigshafen-based firm said it was facing the domino effects from global trade conflicts and a slowdown in auto sales linked to new emissions' standards in Europe.

"2018 was a year characterized by difficult global economic and geopolitical developments and trade conflicts," the company said in a statement.

"Slowdown in key markets, especially the automotive industry" had hindered growth, BASF said, adding that the trade war between Beijing and Washington had exacerbated the problem. 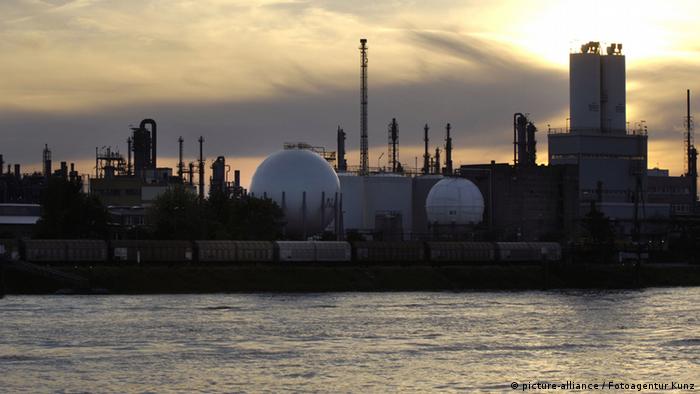 Another issue was the low levels of water on the Rhine river due to climate change.

"For much of the third and fourth quarter, it was nearly impossible to receive deliveries of raw materials via ship" after Germany suffered one of its worst heat waves in history in the summer of 2018.

"We are tackling these challenges," said CEO Martin Brudermueller. "We will use 2019 as a transitional year to emerge even stronger. This year, we are adapting our structures and processes, and focusing our organization clearly on the needs of our customers."

Pharma giant Bayer will sell some assets to its German rival BASF to gain regulatory approval for its takeover of US firm Monsanto, and create a company that will control more than a quarter of the world seed's market. (13.10.2017)

A spokesman for German chemicals giant BASF has confirmed some employees and external firms are being investigated on suspicion of false invoicing. The damage done is estimated to be substantial, newspaper reports say. (12.02.2018)

Three pesticides known to kill bees will continue to be banned following an EU court ruling. But the court did lift restrictions on the use of one pesticide, upholding a complaint from German chemical giant BASF. (17.05.2018)

Trade frictions between US and China also hitting BASF