Barack Obama gets rock star reception in Germany | Germany | News and in-depth reporting from Berlin and beyond | DW | 04.04.2019

Germany's fascination with the former US president lives on — even after he's left office. As an American in Germany, DW's Elizabeth Schumacher found the hype at an event in Cologne somewhat surreal. 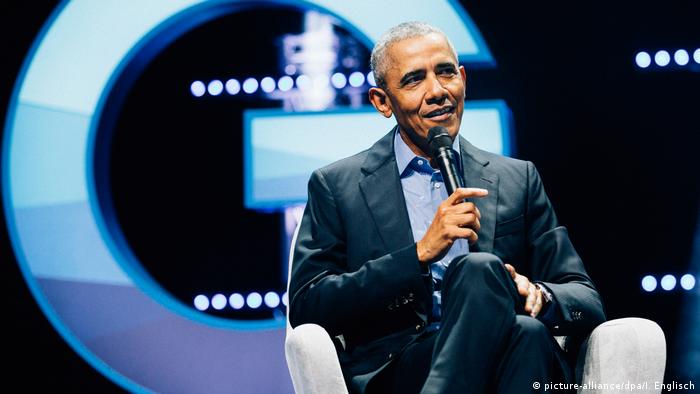 The atmosphere ahead of the event was like a rock concert, with excited fans of all ages clearly trying to take Instagram pictures as close to the stage as possible.

"I think he's one of the most influential, interesting, intelligent figures of our generation…very empathetic. Especially when you compare him to Trump," Alex, 35, told DW.

Sarah, who has lived in Germany for eight years, gushed that "I saw President Obama speak twice in Austin, Texas when he was campaigning in 2008 and his energy was incredible…I am really looking forward to seeing him again and hearing his unwavering message of hope and optimism in a time where it is much needed!"

The desire, it seemed, to remember a time when US leadership was less focused on nativism and alienating allies was palpable on Thursday night.

Read more: 'History has not delivered its verdict': Ben Rhodes on Obama's legacy

Obama didn't mention his successor by name, but the criticism was clear. When asked during what was less of a speech and more of a fireside chat, how he felt about the current administration, he spoke of the need "to listen to what other people care about and the struggles they're going through, sit across the table from people who aren't like you and listen to their stories."

He also emphasized the need for having women and minorities at the decision-making table. This, as with most of what Obama said all night, was met with deafening applause.

Later, in another veiled slight to Trump, he added that disputing basic facts and "ignoring reason and logic" were dangerous to democracy.

Smiling, he also conceded that "no one becomes the president of the United States without a healthy ego." 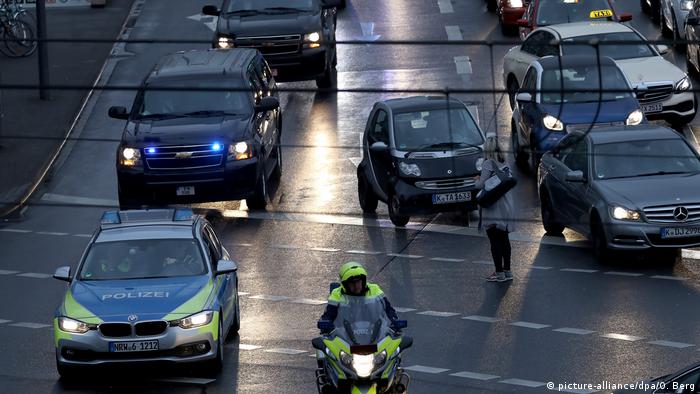 Despite being obviously starstruck, Obama's interviewer, writer Cristian Galvez, called on the ex-president to defend one of the most controversial acts he undertook as president, and one of the major blemishes on his legacy — drone strikes in Yemen, which have often led to civilian casualties.

He said that drones led to less collateral damage than sending in soldiers, but that it was still one of the most difficult decisions of his tenure. "Saying that I don't want to deal with the world as it is, but only with the world as it should be, isn't a moral philosophy. It's a fantasy."

The former US leader was in Cologne as part of the vaguely titled World Leadership Summit, a series of motivational talks that would seem more familiar to a US audience and are still relatively uncommon in Germany. Perhaps that's why more than half the crowd got up to leave after his portion of the event was finished.

"I saw him speak in Berlin in 2008, and I think his charisma and his message strike a chord with everyone," said Holger, 37, beaming as he left. "But I also think he's a political rock star, and we're fascinated by that in Germany, we don't have anyone like that."

Africa had high hopes for Obama’s presidency, many of which he didn't fulfill. Now he's in Kenya and South Africa for the first time since leaving office. Can he live up to the public's expectations as a private citizen? (16.07.2018)