Many times the answer was no, but then, in a surprise turnaround Beijing has apparently acceded to requests from Germany to give Chinese author and poet, Liao Yiwu, the chance to travel outside his country. 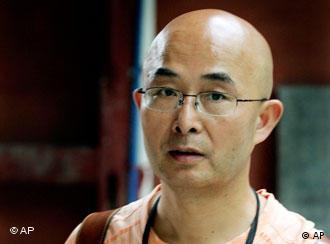 The famous Chinese author and poet, Liao Yiwu, has been permitted by China to travel abroad for the first time. Late on Tuesday Liao was allowed to board a plane in Beijing and has since landed in Berlin.

“I can't believe this is all happening...my thoughts are so varied that I can't express myself clearly right now," a clearly excited Liao told reporters before getting on the plane.

Chinese authorities had previously stopped the author from leaving the country 14 times.

Although Liao insists he is not a political activist, all of his books are banned by the communist government of China, which views his work as subversive.

The last time the 56-year-old writer tried to leave China, in March 2010, he was on his way to attend a literary festival in Cologne, Germany. However, officials stopped him at the airport and placed him under house arrest in his hometown of Chengdu, Sichuan.

In 1989 he incurred the wrath of the Chinese authorities when he penned an epic poem called "Massacre" which criticized his government's brutal crackdown on freedom protestors at Tiananmen Square in June of that year. As a result he was jailed for four years.

On his release from prison, Liao earned a living as a musician and doing odd jobs. He also spent time interviewing people on the fringes of Chinese society. 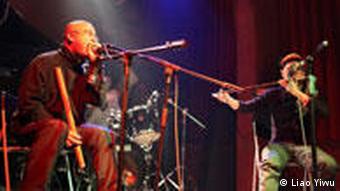 His first book to be published in the United States was called Corpse Walker, Real Life Stories: China From the Bottom Up. This was the beginning of a number of volumes dealing with people living at the bottom of the Chinese food chain. He has also published China's Unjust Court Cases and The Last of China's Landlords

The German government has had repeated high-level contacts with China in a bid to gain permission for Liao to travel abroad. Now, it seems that persistence has finally paid off. He is due to be an honored guest at Berlin's International Literary festival and the Harbor Front Literature Festival in Hamburg.

In Berlin, Liao was met by the director of the Berlin Literary Festival, Ulrich Schreiber who told reporters, "We are very happy that we have been successful in inviting Liao Yiwu to Germany and that the Chinese government agreed to his visit."

The organizers of the Frankfurt Book Fair have fired project manager Peter Ripken after he prevented two Chinese activists from speaking at the fair's closing ceremony, bringing a sour note to an already disputed fair. (19.10.2009)

On December 10, 1948 the United Nations adopted and proclaimed the Universal Declaration of Human Rights. 60 years later, 303 Chinese intellectuals, lawyers and citizens chose the occasion to post their online ’08 Charter” for China. In it, they demand that basic rights such as freedom and democracy be guaranteed. They also call for a separation of powers, the direct election of members of parliament and an independent judiciary. Two of the Charter’s main initiators were arrested just before the launch-date. On Wednesday, there was still no news of Liu Xiaobo’s whereabouts but Zhang Zuhua was free. (10.12.2008)