Bangladesh: Female officials barred from registering Islamic marriages | Asia | An in-depth look at news from across the continent | DW | 13.01.2021

A court in Bangladesh has banned women from registering nikahs, or Islamic weddings, because of their menstruation cycles. Activists say the verdict is unconstitutional and discriminatory. 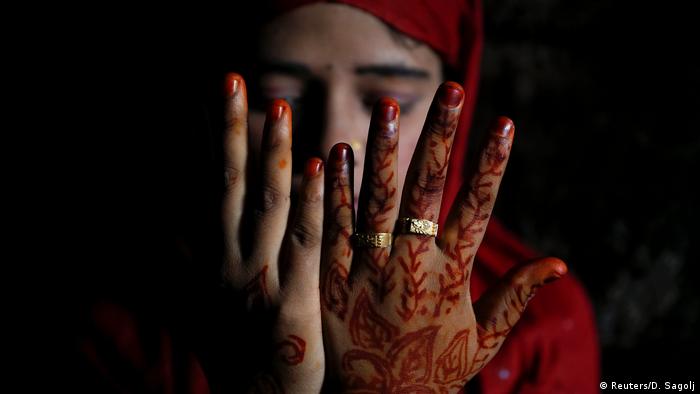 Activists say the verdict has shocked and offended them

A decision by Bangladesh's High Court on Sunday to bar women officials from registering Islamic marriages has caused uproar in the South Asian country.

The court ruled that a Muslim wedding is a sacred ceremony and women are not allowed to register it because of their monthly menstruation cycles. The judges ruled that women can't enter mosques while having their periods and therefore are not fit for the profession of registering marriages.

The Muslim wedding, or nikah, is usually performed by a male cleric. However, the marriage must be legally registered afterwards. Prior to the court ruling, any government official — male or female — was entitled to register marriages. Though some Muslims prefer to sign legal marriage documents in mosques, many do it at government offices or at the bride's home.

In traditional Islam, women are also not allowed to perform mandatory daily prayers or fast while menstruating.

Not only a man's job

In 2014, three women were chosen as marriage registration officials in Dinajpur district. However, their appointment was rejected by the Law, Justice and Parliamentary Affairs Ministry on grounds similar to those cited by the court in its verdict on Sunday. Ayesha Siddiqa, one of the officials, appealed the ministry's decision in court, but her case was eventually rejected by judges.

"It is unacceptable that women are not allowed to perform this task due to physical reasons," Siddiqa told DW. "In Bangladesh, a woman can be prime minister and can even fly planes. Then why can't she register a nikah?" she said.

"Where is it written that one has to be a man to be able to register a marriage?" she said. "I have an educational degree that qualifies me for this job."

Siddiqa said she was not challenging the role of the male cleric who officiates a marriage but stressing the fact that anybody can register a marriage, and that the nikah is not always performed in a mosque.

"We don't accept the court's decision," Fawzia Karim, Siddiqa's lawyer, told DW. "The law clearly specifies the eligibility and scope of work of those who register a nikah. Both men and women can register it. This also applies to divorce. Religion has nothing to do with it."

The Jatiya Samajtantrik Dal, a left-wing party, dubbed the decision "unconstitutional" and said the state could not make discriminatory laws.

A statement by 21 civil society activists has urged the High Court to revise its judgement. "The verdict has shocked and offended us," it said, adding that the Bangladeshi constitution guarantees equal rights for men and women.