Police say the man was arrested Sunday near Dhaka, but his female dance partner is on the run. The 20-year-old could face up to five years in prison on religious charges. 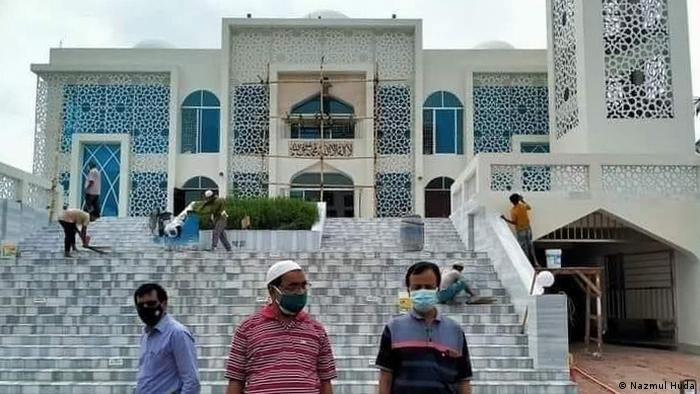 Police say the dance, filmed at one of 50 newly built mosques in Bangladesh, "desecrated" the site

Police in Bangladesh on Monday announced the arrest of a 20-year-old for his role in filming, starring in, and distributing, a video of himself dancing with a woman on the steps of a mosque in Cumilla, just east of the capital Dhaka.

Authorities say they arrested social media personality Yasin at his home in nearby Devidwar on charges that he hurt Muslim religious sentiment as defined under Bangladesh's 2018 Digital Security Act.

He is currently in pre-trial detention and could face up to five years in prison if found guilty. The local police chief said the dancing had "desecrated the mosque," according to news agency AFP.

Female dancer still on the run

Police in the majority Muslim country say they are currently searching for the woman who danced in the video.

The footage, shot at one of 50 new mosques the government recently built, was made a month ago and uploaded to the video-sharing platform Likee, where authorities say it attracted as many as 940,000 views before it could be taken down.

Although it is a secular country on paper, authorities in Bangladesh have become increasingly strident in their defense of Islam .

Last year, two Hindu men were each sentenced to seven years in prison for social media posts deemed insulting to the prophet Muhammad.