Bakers in Kerala have made a cake that stretches over 6 kilometers. The vanilla cake with chocolate frosting is an attempt to topple a world record held by bakers in China. 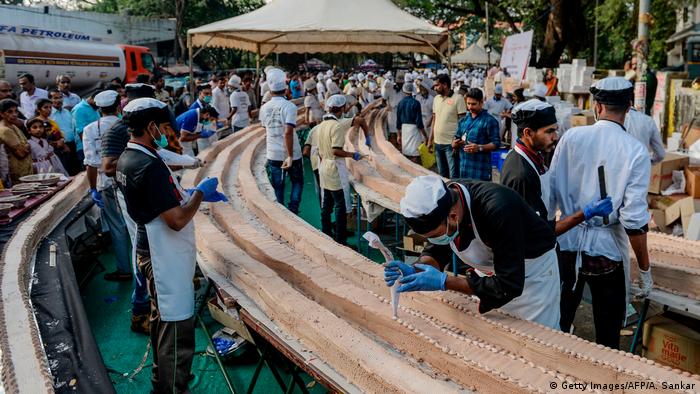 Hundreds of bakers and chefs in India on Wednesday baked a cake that — at 6.5 kilometers (4 miles) long — may end up being the world's longest.

The vanilla cake with chocolate ganache frosting wound across thousands of tables and desks set up across a festival ground and adjacent roads in the city of Thrissur in the coastal state of Kerala. 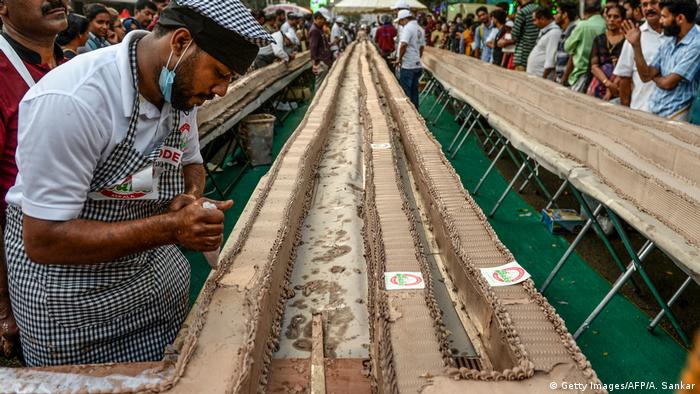 It took around 1,500 bakers and chefs in white chefs hats nearly four hours to create the treat. The cooks used 12,000 kilograms and sugar and flour.

The event was organized by Bakers Association Kerala (BAKE). According to BAKE Secretary-General Naushad, who uses one name, Guinness World Records had assessed the cake as measuring 6,500 meters in length. Confirmation of the exact length is still pending.

"This is an effort to showcase our skills to the world," said Naushad. "We ensured hygiene and taste are up to the mark."

If confirmed, the cake would beat the world record held by Chinese bakers who baked a fruitcake measuring nearly 3.2 kilometers long in 2018.