'Back in the business of killing'

Ever since September 11, the US - with the help of the CIA - has been carrying out a secret war that defies imagination, says New York Times reporter Mark Mazzetti. And it's not just Washington giving the green light. 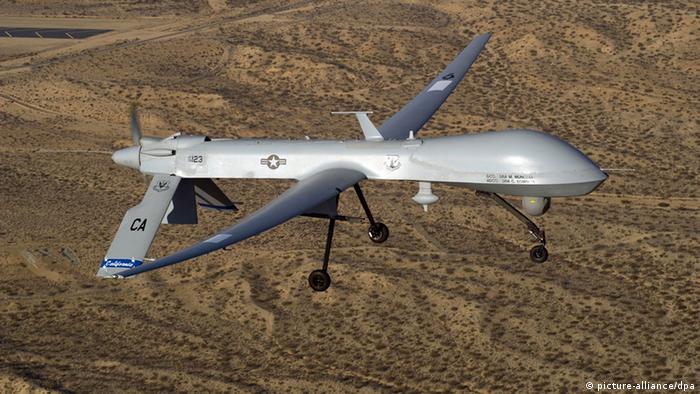 The campaign against America's enemies is silent and precise. Commanders fight without troops. They operate from CIA headquarters in Langley, Virginia - their "troops" in front of computer screens in Nevada or New Mexico. Their weapons are unmanned drones.

"The CIA, over the last 12 years, has very much been back in the business of killing," said Pulitzer Prize winner Mark Mazzetti in an interview with DW. "Since the September 11 attacks, the CIA has gradually transformed into very much of a paramilitary organization." 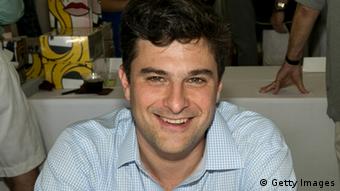 Just released in Germany, "The Way of the Knife: The CIA, a Secret Army, and a War at the Ends of the Earth" contains evidence gathered by the New York Times journalist via interviews with intelligence operatives and politicians. Mazzetti speaks of a military complex catalysed by developments in drone technology.

"It's the military, it's the spy services, it's private companies that have in many ways created this new state where they can carry out these secret missions and secret eavesdropping," he said.

"There's a whole new world that has emerged since the Spetember 11 attacks," he said.

Borders between the army and secret service became blurred. Roughly 60 percent of the CIA's current staff was hired after the 2001 terror attacks. Many of those hires have a simple task: hunting and killing people.

Bush's successor, Barack Obama, further pursued that policy - with the help of, among other things, a secret agreement with the Pakistani government. Local tribal areas in Pakistan were considered sanctuaries for Taliban fighters in Afghanistan. Since 2004, drones have been flying over such areas and firing rockets at the homes, vehicles and territories of supposed Islamists. Publicly, the Pakistani government has reacted with protests to violations of its sovereign territory. Quietly, Mazzetti says, Pakistan might have endorsed them.

"There are suspicions that privately, they have been giving their approval for the strikes," he said, "because the US has also gone after enemies of Pakistan." One example was Taliban leader Nek Mohammed. He became the first official target of CIA drone strikes in Pakistan and his death, Mazzetti says, was a precondition for the US to receive flyover rights for further strikes. 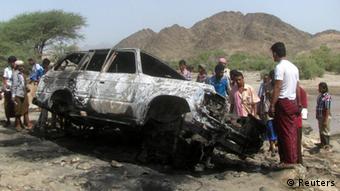 Drone missions were then expanded - to Yemen as well as Somalia. Resulting mishaps are greeted by silence in Washington. Its successes are celebrated in the media.

In certain countries, Washington has given the CIA complete control over drone operations.

"In Pakistan, for instance, the CIA really has the authority to target individuals or groups of individuals without asking the White House's permission," Mazzetti said. In countries like Yemen, he added, President Obama has insisted that the White House have more control over the kill list. Those operations are first reviewed by task forces within the White House.

Less controversial are attacks on individuals who have been clearly identified. In "signature attacks," however, that is not the case.

"Signature strikes are based on patterns of activities. In other words, they look on the ground. They don't know specifically who these people are, but they suspect they're doing suspicious activities - they might be trying to cross the border into Afghanistan," Mazzetti said. "[The CIA] has the authority to carry out a strike."

Such attacks are controversial - particularly due to the increase in civilian casualties. One of the more notorious cases occurred in March 2011 in Pakistan. More than 40 civilians were killed during a drone attack on a suspected Taliban meeting in North Waziristan, an area considered by the Pakistani government to have been "Talibanized." The meeting turned out to be an open-air tribal gathering.

Over time, Pakistan's government began turning away from the attacks it once invited. Protests against America's "killer drones" took place both outside the government and within it. 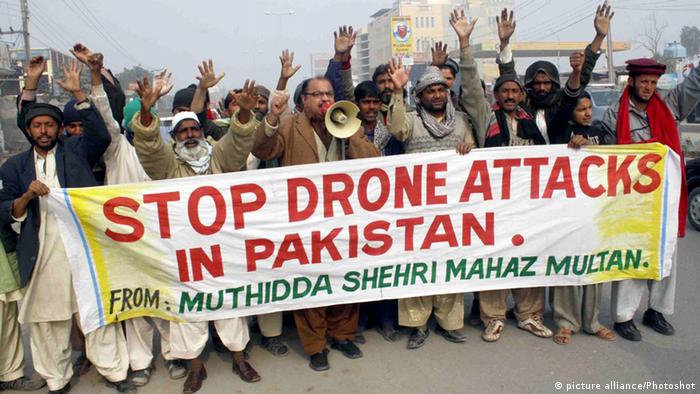 Only in Pakistan did Obama score lower than presidential candidate Mitt Romney in a pre-election, worldwide survey

Pakistani authorities refer to the latest UN figures citing 330 drone attacks. Approximately 2,200 people are thought to have been killed in those attacks, but according to the Bureau of Investigative Journalism, an independent journalist network based in London, the figures are far higher. Among those killed, 400 were civilians, according to official statements from Pakistan. Another 200 were considered "non-combatants." The UN has called on the US to release its own statistics on civilian casualties resulting from drone strikes.

"President Obama has indicated, although he doesn't say it publicly, that these strikes in Pakistan will continue as long as there are American troops in Afghanistan. So that should be at least another year," Mazzetti said.

It's a policy Obama will have to clarify with Pakistani Prime Minister Nawaz Sharif, who will be visiting the White House on Wednesday (23.10.2013). It will be equally difficult, Mazzetti says, for the US government to justify arguments against other countries' use of military drones. In China or Russia, for example, the technology for unmanned warfare is already readily available. 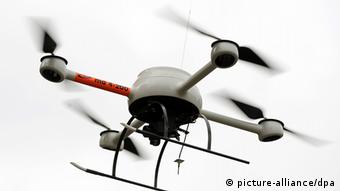 Soon to be weaponized?

For Mazzetti, the idea of the world turning into a "silent battlefield" is as frightening as the role drones might play in day-to-day America in the future.

With police already utilizing drones for criminal investigations, the journalist and author believes that in just five-to-10 years, weaponized drones will be used for domestic crime-fighting.

About 2,500 people have been killed in US drone attacks on Pakistan's tribal regions in the last nine years. It's crucial to identify the victims, says Jack Serle from the London-based Bureau of Investigative Journalism. (04.10.2013)

Yemen has seen a major surge in drone strikes in the past two weeks, as the US hunts for al Qaeda-affiliated insurgents. But the secretive and indiscriminate attacks are terrorizing and radicalizing Yemenis, say critics. (14.08.2013)

Will Saudi Arabia use billion-dollar international investments for political goals?