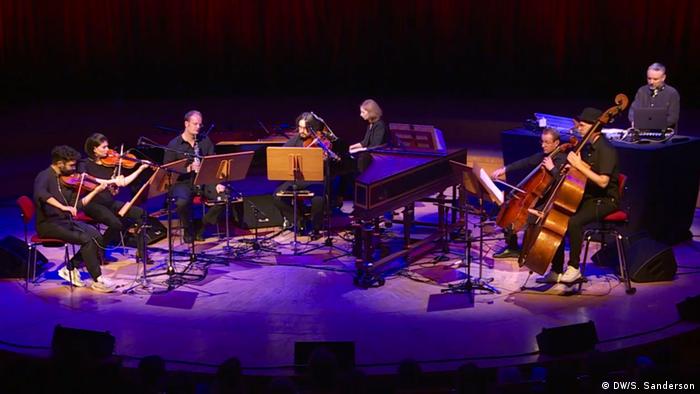 Popular electronic music comes in all shapes, sizes and forms — from ambient rhythms designed for chilling out on a lazy Sunday afternoon to techno club sounds beating faster than a ravenous cheetah's heart in the night. But classical music rarely gets a mention in this pumping world of synthesizers, soundcards and sampling.

This is even less the case when it comes to the earlier giants of music like Johann Sebastian Bach, who wrote his Baroque masterpieces three centuries ago.

Yet it is perhaps the mathematical precision with which Bach composed his works that would allow his music to be presented in a modern setting — for example on a dance floor over a heaving bass drum sampled through computer programs.

With such potential for a "techno Bach," someone was sooner or later bound to approach classical music with a 21st century electronica mindset. And that someone is German music producer and DJ Marc Romboy.

The church of techno

Romboy is a recognized feature on the global electronic music circuit. Having spent almost 30 years in the music business, Romboy has seen it all, heard it all and is always up for a challenge.

His interpretation of Bach is rendered with a sense of reverence and awe in an stage production that also includes visuals. Titled "Reconstructing Bach," the show was most recently performed not in a trendy Berlin night club but at the Cologne Philharmonic concert Hall on November 9 on a sparsely populated stage that creates an atmosphere of gravity and immediacy much like the Gothic cathedrals of Bach's time. The colorful stage lighting underscores the warmth and drama of the intimate music like rays of sunlight piercing through stained-glass church windows.

Violinist Miki Kekenj leads a small ensemble of musicians to Romboy's rhythms and beats busting through his DJ equipment as Romboy lives up to his bold claim that "Bach is techno."

The seasoned DJ says he hopes his take on the Baroque heavyweight would have pleased the composer who died in 1750: "I personally think that Bach would be quite amazed by our works because when you look at his old compositions, you realize how open-minded he was when it comes to his own music." 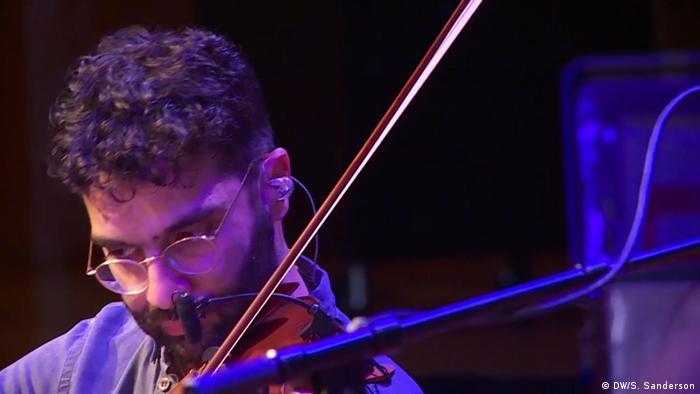 J.S. Bach on the turntable

In the absence of a time machine, we'll never know what Johann Sebastian Bach would actually have made of this novel interpretation of his rich body of work. But the enthusiastic audience left no doubt that this mash-up of classical music and modern beats was a long overdue marriage of sounds. 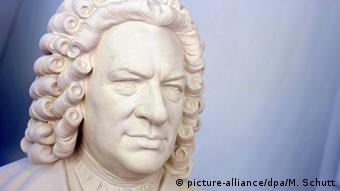 What would Bach say about this daring approach to his music?

While other artists have repeatedly tried their hand at sampling motifs of classical music to house and techno beats, few have been as daring as Romboy in highlighting the music of the old masters so directly that playing this music in a concert hall setting feels natural — even necessary.

It's music that can be danced to on a dance floor, whether or not one does it. Interestingly, Romboy long refused to learn how to play instruments or read music.

"I refused to go to music school. I told my mother I didn't want to learn the flute. So my way into music was through collecting records. And through collecting records, I became a DJ. And through becoming a DJ, I got interested in understanding classical music more," says Romboy. "Classical music is a real treasure box. I would probably need three lifetimes to get through that box."

Baroque, Impressionism and beyond

Prior to interpreting Bach, Romboy and Kekenj worked together on creating a techno framework to the work of another composer of serious music: Claude Debussy. Having explored Baroque and Impressionist music, the next step the duo wants to take together is to interpret Igor Stravinsky.

Violinist Kekenj stresses that even the complex rhythms of Stravinsky can lend themselves to a techno-style reinterpretation:

"What we do is: we take small pieces of music and arrange them to a beat, to a rhythm," says Kekenj "Or we can do the opposite. We can take a melody and really take it apart and make it sound strange. I think there's a lot we can do with this. Let's cook something up!"

Romboy is equally eager to give Stravinsky a techno treatment. Both their eyes light up when Romboy mentions Stravinsky's Firebird Suite. Watch this space! 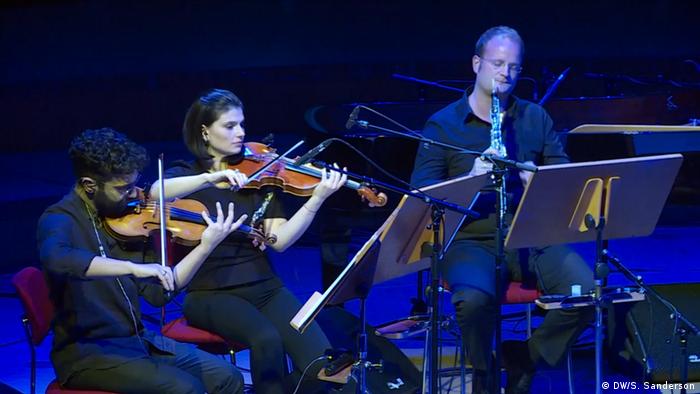 In addition to Bach and Debussy, Romboy and Kekenj want to next tackle Igor Stravinsky

Around the world in 180 BPM

When he isn't busy remixing and rearranging classical tunes, Marc Romboy still loves touring the world as a club DJ. The night prior to the performance at the Cologne Philharmonic hall, Romboy played at Berlin's famed Watergate nightclub. From Argentina to Lebanon to South Africa, he has seen the entire world through the lens of electronic music.

But wherever he goes, Romboy says the crowds strike him as always seeking the same things: "These people, they all want the same things in life, you know. They want peace, they want a family and sometimes they just want to dance in a night club. It's the same everywhere in the world. That's wonderful."

Not only does he travel the world, but so does his music. Romboy has produced tracks that have entered the music charts around the globe, especially in the 1990s and early 2000s.

The famous DJ hopes that his collaboration with Miki Kekenj will also reach people around the world — and just not on the dance floor.

Superstar DJs - Made in Germany

A Berlin Legend: The Club Tresor