Baby steps toward Germany′s energy transition | Germany| News and in-depth reporting from Berlin and beyond | DW | 02.04.2014

The German government and the federal states have agreed to reform the country's ambitious green energy law. What's missing in view of the Herculean task, says DW'S Jens Thurau, is a clear-cut message from Berlin. 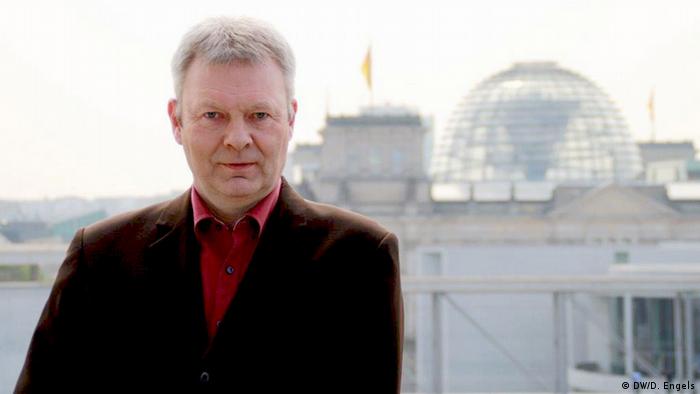 Participants in international climate and energy conferences often praise Germany for its energy sector plans: what you Germans are doing is great, they say, and if anyone can do it, then you can do it – but aren't you biting off more than you can chew?

In case you've forgotten: Theoverall plan is to exit nuclear power generation, which in the past supplied Germany with about 30 percent of its energy needs, in about ten years - and to turn to renewables that, thanks to ample subsidies, have developed from niche players into a real branch of industry in just a few years. New overland transmission lines snake across the countryside to transport wind-generated electricity from the north to the industrial south, past angry residents. After all, who wants to live next to towering utility pylons?

Of course, all of the above is happening simultaneously. The players: businesses, which fear higher costs, and the power industry that has done well for itself with nuclear and coal energy for decades, again thanks to abundant subsidies - a fact people like to forget.

Then, there's the new wind, solar and biomass energy sector, which has grown quite accustomed to receiving generous subsidies. And the 16 federal states that don't have a common concept but focus on a little wind energy here, and on solar or biomass energy there.

At the same time, the government has to keep an eye on costs to ensure they stay within a limit, because in Germany, electricity customers are footing the bill for the transition from nuclear to wind or solar power. And it's all for the good of climate protection. Worldwide, Germany is regarded as leading the fight against greenhouse gases. Ambitious Germany refuses to resort to dirty technologies like fracking to free shale gas deep within the earth. In fact, in the face of the country's powerful citizens' initiatives and environmental organizations, fracking barely stands a chance.

The man who has been handed the task of coordinating all this and giving it a sense of direction is Sigmar Gabriel, the Federal Economics and Energy Minister as well as head of the Social Democratic Party (SPD.) There's no need to pity him, though - it's what he wanted.

He could have been nominated head of his party's parliamentary group, possibly even finance minister. But he wanted to head the economy and energy ministry, he wanted to shoulder Germany's energy transition, so now the SPD chief must accept the difficulties of coming to terms with Germany's individual approach in power supply matters.

At a meeting on Tuesday in the chancellor's office, Gabriel got a small taste of who is involved in the multi-billion-euro energy business and how little remained of his plans to keep prices stable by making sure all parties concerned cap their ambitions to a certain extent: fewer wind energy subsidies in the north, fewer biogas subsidies in Bavaria and a modest obolus by German industry that so far has contributed little to nothing to green energy reforms.

For the time being, industry has asserted itself and will be spared from shouldering an all too heavy financial burden. Just a few weeks of intensive lobbying were enough to change the mood and minds of the decision-makers. The German states may continue building even more wind turbines and biogas facilities. Energy prices are bound to rise, though only slightly, Gabriel maintains.

The meeting with the chancellor was only one of many baby steps that will be needed to give the transition a direction. Clear words are needed now, something like: the energy transition is appropriate; it modernizes the country and makes us less dependent on energy imports, mainly from Russia. It's good for the climate. It's costly, and we all have to pitch in, even business and industry, which always complains about the great burden but, at the same time, seems to be doing exceptionally well internationally. The price for energy will continue to rise – costs for driving a car and heating a home rise, too, but that doesn't generate such a heated debate. Building new transmission lines is part of the transition, even if many people don't like it.

It would be good if such a clear-cut statement came from higher up, perhaps the chancellor. She likes to mediate and leave the details to her deputies, which works especially well should the entire project fail.

What people whisper at international conferences is true: the energy transition is a very ambitious project. But we Germans can manage it.. We have to remember to view it as a major national project - a project that resembles landing on the moon.

The American Chamber of Commerce in Germany regularly asks US executives their view of Germany. They give the country top marks in almost everything: the big exception is Germany's energy policy. (19.03.2014)

The German government has proposed a new fee that will affect companies generating their own electricity. Critics say the fees will drive companies away from renewables altogether. (10.02.2014)