With Friedrich Christian Delius, the German Academy for Langauge and Literature honor both a witness and protagonist of German history after the World War II - a fitting choice to mark its 60th anniversary. 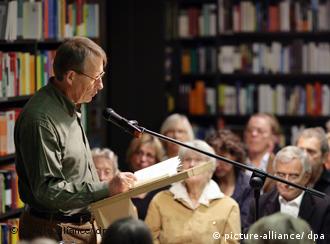 Born in Rome in 1943 during the Second World War, Friedrich Christian Delius grew up in central Germany. By the age of 19, he had already published his first literary works.

Nearly two years later, a "new Delius" emerged. The author belonged to the legendary Group 47, which aimed to give new impetus to literature after the war. His poems, stories and novels took a satirical and critical slant on events in Germany, from the student protest movement, the following period of terrorism to the fall of the Berlin Wall until today.

Delius has been chosen to receive the Georg Büchner Prize, the most significant award in German literature, on Saturday, October 29 at a ceremony in Darmstadt. Deutsche Welle talked with the president of the German Academy for Language and Literature, Klaus Richert, about why Delius deserves the accolade.

Deutsche Welle: Mr. Reichert, why is Delius the ideal recipient of the Georg Büchner Prize in 2011?

Klaus Reichert: The Büchner Prize is turning 60, so it's an anniversary year for us. We thought it would be good to honor an author who has been engaged with German history in all its different phases. That means from the time of [Konrad] Adenauer and its consequences - the emergency law and so on. Delius covered all of these events with his poems, reports and novels. In that respect, he is for us the ideal representative for 60 years of the Büchner Prize.

Would you say that Delius is a polemical writer?

You could definitely say that the young and the middle-aged Delius was a polemical writer - a highly engaged and daring one at that. With his book "Our Siemens World" in 1972, for example, it is clear to see that he is deeply engaged in the politics of big business, which also dragged him into a massive court case. But of course he evolved over the years. He was always politically conscious, even though politics weren't so much in the foreground in his later works.

To be more precise, at the beginning of his career he was considered a left-wing author. 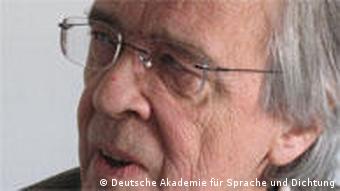 Reichert heads the organization that awards the annual Büchner Prize

His literary works deal with the German Autumn in 1977, the time of terrorism in Germany, and later with reunification. You just said that he evolved as an author. Germany also evolved. How is that reflected in his works?

If you allow me to generalize, Delius became more poetic. His works were always grounded in politics. But his novels also have a very poetic touch. Take for example his short novel, "The Pears of Ribbeck," from the period of German reunification. It refers to the famous ballad by [Theodor] Fontane "Squire von Ribbeck at Ribbeck in Havelland." The entire novel is a monologue by an old man in the village of Ribbeck, who was caught by the wave of Western "conquerors" in 1990, who proudly and arrogantly ventured into the village, planted a pear tree, and took possession of Ribbeck. And the old man reports on the history of the pear tree from the old Ribbeck until today, from the Wilhelmine period of rural workers, through the Nazi period and then socialism.

Through this monologue the entire history of the 20th century is charted, in a very personal way which is nevertheless grounded in politics. The level of disavowal is clear, without the focal point being a stinging denunciation. It is, so to speak, the farewell monologue of an old man to an entire century.

Could you say that Delius changed from being a writer actively engaged in the politics of the moment to one who took a more retrospective view on the 20th century?

Yes, you could certainly say that.

His texts have been translated into 17 different languages. What do you think he has to say to an international audience?

Well, as I said, he became a chronicler. He can show a non-German audience how German history can be presented through a reflective consciousness - in the form of a novel, in poetic forms or as reportages. At same time it looks at individual destinies and filters and reflects the bigger issues through individual brains and hearts, and doesn't just blatantly accuse. That doesn't interest him anymore. But he never gave up being a political thinker.