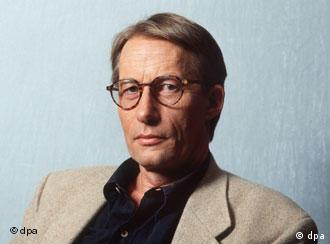 The jury praised Delius for his ingenuity

German writer Friedrich Christian Delius is famous for his works like "Die Birnen von Ribbeck" ("The Pears of Ribbeck"), which deals with the history of an east German village called Ribbeck, and "Bildnis der Mutter als junge Frau" ("Portrait of the Mother as a Young Woman") about a young German woman during World War II.

"In his novels and narratives, Delius tells the history of the state of German consciousness in the 20th century as a critical, resourceful and ingenious spectator," the German Academy for Language and Literature's jury said in a statement on Wednesday.

Students at the University of Florida chose Delius as the winner of their "Award for Opening Minds" in 1994, and the German academy's jury said the name of this award summed up their reasons for selecting Delius as this year's recipient of the Georg-Büchner Prize. 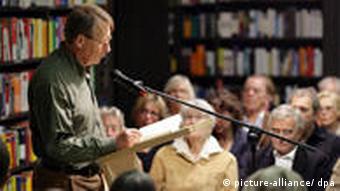 Born in Rome in 1943, Delius grew up in the German state Hesse. He published his first poems as a schoolboy in 1961 before studying German Literature in Berlin. Since 1978 he has lived in Rome and Berlin, working as a freelance writer. His novels have been translated into 17 languages.

In his most recent novel, "Die Frau, für die ich den Computer erfand" ("The Woman For Whom I Invented the Computer"), which was published in 2010, an old German man engages in conversation with the man who invented the computer and tells him about the work he carried out in Nazi Germany. The novel mixes fiction with documentation by telling the story of Konrad Zuse, the man who built the first functional computer and how the Nazi regime affected his life.

The Georg-Büchner Prize, which in addition to being Germany's most-sought after prize is accompanied this year by 50,000 euros ($71,300) rather than the traditional 40,000 euros, has been awarded to authors for their contributions to contemporary German culture since 1923. In 2010 the award went to Reinhard Jirgl for his depiction of twentieth century German history. Other notable prize winners include Friedrich Dürenmatt, Heinrich Böll, Günter Grass and Elfriede Jelinek.

Delius will receive the award in an official ceremony to be held in Darmstadt at the end of October.

Currently, one book by Friedrich Christian Delius is available in English translation, "Portrait of the Mother as a Young Woman."

Jenny Erpenbeck, 44, is one of Germany's highly touted contemporary writers, but she started as a theater director. Perhaps that's why the depiction of Germany's past in her novel 'Visitation' reads a bit staged. (11.05.2011)

Author with a special perspective on the German mindset (18.5.2011)