Books in translation are relatively insignificant on the English market. But smaller publishing houses are now taking a great interest - particularly in books written in German. 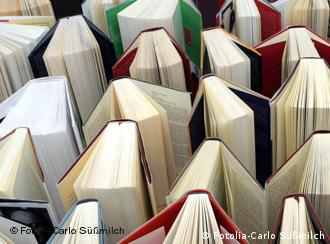 Renewed interest in German literature sparked by the unexpected success of Hans Fallada's "Every Man Dies Alone" has small publishers in the US taking chances on new authors.

Fallada's novels have long been a staple of the German literary diet. Though he died shortly after World War II ended, his works have remained in print ever since, and his plays continually rotating on stages throughout the country. It wasn't until 2009, however, that the author's reach extended toward English-speaking shores. And reach it did.

With more than 400,000 copies printed in both the US and the UK, the biographical novel "Every Man Dies Alone" was so well-received that the publisher which commissioned its translation put out three other titles by Fallada. Melville House Publishing followed up those releases with a series by Heinrich Boell and a work by 18th-century writer Heinrich von Kleist.

"The Hans Fallada sensation has brought us to the attention of a lot of German language publishers and writers who've been coming at us with great projects," said Melville House publisher Dennis Johnson. 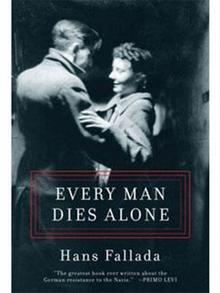 Fallada's book was a posthumous success

Of Melville House's anticipated 50 titles this year, Johnson said more than 10 will be translations from the German.

A 'tiny fraction' in English

That's not many when considering that Germany alone publishes nearly 100,000 books a year. But finding a publisher in the US market that is willing to invest more than half its list on literary works in translation - as Melville House has done - is rare.

According to New York's University of Rochester, a leading institute for translation studies, only about three percent of the books published in America were originally published in another language. Though Johnson disagrees with that exact figure, the low number of works translated into English doesn't appear to be increasing any time soon.

"There's so much wonderful literature being published every year in the German speaking countries and just a tiny fraction of it gets translated into English," said Susan Bernofsky, an award-winning writer and translator of books in German.

With large publishers moving away from printing translations, Bernofsky said, subsidies from the German, Austrian, and Swiss governments have made it possible for independent publishers to pick up some of the slack and keep that small fraction from shrinking further.

"There is a rising community of smaller presses devoted exclusively to translation," said Bernofsky, citing publishing houses like Open Letter and Ugly Duckling Presse as small players helping bring the words of other cultures to the United States.

"That shifts the position of German literature in the American context," she added. 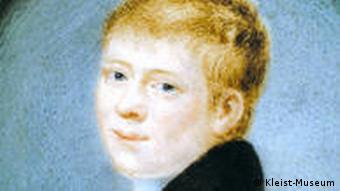 This year marks the bicentennial of Heinrich von Kleist's death

New books are changing the narrative

Instead of concentrating on the enormous profits that conglomerate houses need to bring in to stay afloat, independent publishers are able to focus more on a book's aesthetics when considering what to publish. The quality of writing becomes more important than commercial appeal.

"The beauty of private ownership is that it's all about the tastes," said Johnson. "If you look at our books, you're looking at the tastes of the people who work here."

Despite the prevalence of World War II narratives on US bestseller lists, these small publishers have allowed a new narrative of Germany to take shape. And that is something Deutschophiles will likely welcome.

Editor's note: Hans Fallada's "Every Man Dies Alone" was published in the UK under the title "Alone in Berlin."

Some immigrant novelists neglect their mother tongue to write in the language of their adopted home. Forming distinctive styles, they have won over locals and even given rise to new literary techniques. (15.03.2011)