Julya Rabinowich's award-winning debut novel, 'Splithead,' portrays the schizophrenic struggles of a post-Soviet family. It is now available in English. 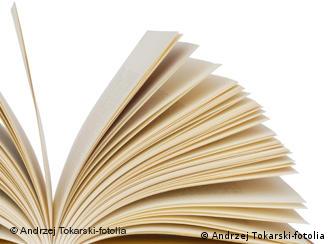 "Splithead" draws largely from Julya Rabinowich's own biography. Like Mischka, the main protagonist in her book, Rabinowich was born in St. Petersburg in 1970 and emigrated with her parents to Vienna seven years later.

Splithead, a grim, Russian fairy-tale monster who feeds off the emotions of his victims, lends his name to the book. He and Mischka share the story-telling; his patch is the family's dark past in Russia while Mischka relates the tribulations of her family's new life in Vienna, their heads "split” between East and West, past and present.

"I'm convinced by my parents' account of our trip: We're flying to Lithuania on holiday. So the tearful parting at the airport strikes me as rather excessive…"

Smart-aleck, seven year-old Mischka gives an amazingly dense account of her family's emigration from the Soviet Union to Austria. Her story spans nearly three decades, giving the political turmoil between their escape in the 1970s and the post-Iron Curtain era of the 90s a sharp human dimension.

Mischka comes from an elegant, intellectual, Jewish family - three central reasons for their desperate bid to flee the tristesse of communist oppression. 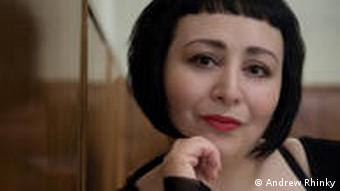 Arriving in Vienna, they are confronted with the migrant misery of coming to terms with a new language, a new environment, a sense of belonging neither to their old nor their new world. Bright, quirky Mischka is bewildered by it all.

"My father and I both suffer nervous breakdowns when he tries to exorcise three years of communist socialization in one evening and I simply cannot comprehend that Lenin, friend of all children, is suddenly an arsehole."

Where her father's arguments fail, one glimpse of a Barbie doll succeeds. Engrossed in dressing her new doll and gorging on fruit yoghurts she could only have dreamed of in Russia, Mischka seems quick to adapt to her new life in Vienna.

This is far from true of her relatives. Her parents - the languid Laura and macho, melancholic Lev - pine for the homeland they've left. Her powerful grandmother, Ada, utterly devoted to Mischka, seeks solace in Catholic chapels. Even in the West, the old lady is still running away from her Jewish roots. With their feet in the West and their hearts still in Russia, they're all suffering a kind of schizophrenic syndrome.

While Mischka paints a vivid picture of coming of age in Austria, it's the book's other protagonist, Splithead, who takes the reader back in time, back east, to dark pre- and post-Stalinist Russia.

Contrary to Mischka's conversational manner in the book, Splithead takes on a haunting, distant tone in his revelations of the family's dark secrets. He gives often brutal accounts of anti-Semitism in Russia, blatant before the communist revolution, insidious thereafter.

Meanwhile back in Vienna, the success of Mischka's artist father hasn't made the family any happier. The girl has a lot on her plate: up against the trials of adolescence, her family falling apart and the birth of an autistic sister. Mischka becomes a teenager in the middle of a domestic nightmare. 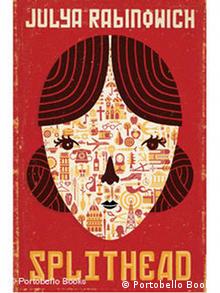 "The amusing Russian with the expressive blues eyes has changed his game plan. He wallows in the deep waters of depression.

Mute, with my mute sister on his lap.

In the evenings, my parents maintain a caustic silence. My mother throws him injured looks he is not able to counter.

After the fall of the Iron Curtain, Mischka's father capitulates. He returns to Russia, where he dies. Mischka, her mother and her grandmother - as it turns out, Splithead's prime victims - struggle to get on with their future, still shackled to their past. At the end of the book, Mischka finally challenges the family curse on a much feared trip back to her birthplace, St. Petersburg.

Julya Rabinowich's "Splithead" is difficult to pigeon-hole. It lies somewhere between genres like Jewish and exile literature, it's a disturbing fairy-tale one minute, with a touch of slightly off-the-wall chick-lit the next.

The book isn't exactly action-packed, but it's hard to put down once you're caught up in what is a very human, sometimes poignant, sometimes wryly amusing psycho-thriller set in a family trapped in limbo.

It is small wonder that Julya Rabinowich, already a successful playwright in Austria, was awarded the prestigious Rauriser Prize for the best debut novel of the year when "Splithead" came out in German in 2009. The book is now available in an excellent English translation by Tess Lewis, published by Portobello Books, London.

The city of Leipzig is once again welcoming thousands of visitors to its annual book fair. The event is a success story - even though it is in the same country as the world's largest book fair, Frankfurt. (17.03.2011)

Check out some of the latest German books in translation.