Bookworms can sink their teeth into German books in English | Culture | Arts, music and lifestyle reporting from Germany | DW | 11.02.2011

Germany, known as the 'land of poets and thinkers,' has plenty of fine contemporary writers. Deutsche Welle presents some of the most recent German books available in English translation. 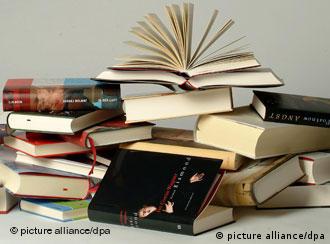 Book lovers can pick and choose from plenty of publications

In "Fame," his novel in nine episodes, literary wunderkind Daniel Kehlmann taps into his own experience. The award-winning, best-selling young Austrian launched to literary stardom himself with "Measuring the World," which was published in 2005 and has since been translated into more than 40 languages.

"Fame," now available in English, reflects the interconnectedness of life, weaving the nine tales together that probe questions of identity and what becoming a celebrity (or not) can do to people.

One such tale is of computer technician Edling, who takes on the identity of movie star Ralk Tanner when cell phone numbers get mixed up. Edling makes decisions which alter Tanner's life forever. Another character, Elisabeth, keeps her work for Doctors without Borders under wraps from her famous writer boyfriend, fearing he will appropriate her experiences for his own stories. These are just some of the dark vignettes in "Fame."

Kehlmann's work explores life through the lens of people's deception of themselves and others. What is real? What is fictional, virtual, in this day and age?

"[Kehlmann] has given us a real beauty of a book, farcical, satiric, melancholic, and humane... Modern fame may have been invented in America, but nobody has dramatized its paradoxes and heartbreaks more entertainingly than the European Kehlmann does here," award-winning American author Jonathan Franzen has said about the novel. 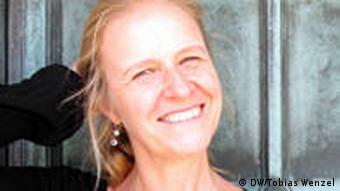 Best-selling author Cornelia Funke takes readers into the dark world of fantasy. Twelve-year-old Jacob Reckless escapes into a magical realm by stepping through the mirror in his father's study. Could this be the place where his father also disappeared to more than a year ago?

Jacob enters a place of dwarves and fairies, only to find that his younger brother, Will, has followed him. Will must ultimately be freed of the spell the Dark Fairy has cast over him.

This adventure-driven tale is geared to younger readers, but Funke's work can also spellbind adults. Her international break-through novel "Dragon Rider" (1996) remained on the New York Times best-seller list for nearly 80 weeks, while "The Thief Lord," published in English in 2002, has sold over a million and a half copies. Her "Inkheart" trilogy was also hugely successful, with the movie-version released in 2008 starring Helen Mirren. 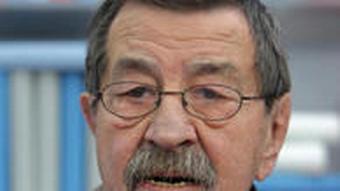 Nobel Prize-winning author Günter Grass may be most famous for his 1959 novel "The Tin Drum," but "The Box: Tales from the Darkroom," his latest book in English translation, may give some of the best insights into him as a person, and as a writer.

In the book, a fictionalized Grass as father (and author) gathers together his eight children by four different women to interview them about their childhoods. What results is part-fiction, part-memoir - in which the siblings meet over time to relate their stories about growing up together, their perceptions of their literary father, his life with their various mothers, and a recurring "Marie," who - capturing motifs on film using a little Agfa camera, "the box" - stoked the writer father's imagination. All of the stories weave back and forth over time, together forming a more personal glimpse into one of Germany's most famous writers.

This is the second in his three-volume memoir, following "Peeling the Onion," in which now 83-year-old Grass looked at his younger years and revealed his membership in the Waffen SS combat unit in the last months of World War II.

The Swedish Academy gave the award to French memoirist Annie Ernaux. An icon of autobiographical fiction, the author of "The Years" joins the ranks of other prestigious figures in the literary scene.

Following the recent brutal attack on Salman Rushdie, famous writers have been reading passages from his works. Here's a look at how 1988's "The Satanic Verses" struggled to be published in German.

In the middle of a war, Ukraine's largest literature festival welcomes some of the world's most famous authors, including Margaret Atwood and Neil Gaiman.