US writer Jonathan Franzen is currently promoting his latest bestselling novel in Germany, where - for a variety of reasons - American writers tend to outsell home-grown talent. 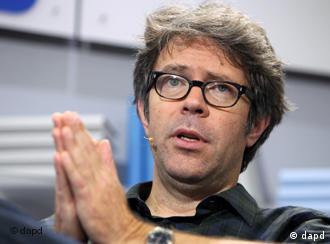 Jonathan Franzen is promoting his new book "Freedom" in Germany

Jonathan Franzen has been having a hard time of it recently. First, he had his spectacles stolen at a launch party in London for his new novel "Freedom." Then it transpired that the wrong draft of the book had been published in Britain and an entire print run of 80,000 copies had to be pulped.

But the rapturous reception he was given at the Frankfurt Book Fair last week no doubt provided some comfort. "He was surrounded by an entourage of admirers wherever he went," said German author and illustrator Nadia Budde, who was there to pick up a German Youth Literature Award.

The media circus has continued to dog him on his current reading tour. The interest he's generating is no surprise given how well "Freedom," which took him nine years to complete, is doing in Germany. When it was published in translation last month, it shot straight into the top five on the Spiegel bestseller list and his readings this week are all sold out.

Not least because Franzen spent time in Berlin as a Fulbright scholar, Germany has always had a very soft spot for him. But not only him - a visit to any German bookstore provides ample evidence that readers in the land of "poets and thinkers" can't seem to get enough of American fiction. 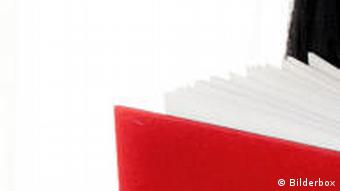 Is the novel dead?

But why specifically American literature, especially when many believe it's seen better days? US critic Lee Siegel triggered a storm of controversy this summer when he pronounced the American novel dead in an article for the New York Observer.

"Fiction has become culturally irrelevant," he railed. "For about a million reasons, fiction has now become a museum-piece genre, most of whose practitioners are more like cripplingly self-conscious curators or theoreticians than writers."

German readers beg to differ. "Contemporary US literature is just more diverse and original than its German equivalent," observed Heinz Ickstadt from the John F. Kennedy Institute for North American Studies in Berlin.

A big fan of American writers, Nadia Budde feels that they have a lightness of touch that their German counterparts lack - and that in comparison, German fiction is indeed a "museum-piece genre."

"You can always see how carefully [German] novels have been constructed, polished and controlled," she said, pointing to writers such as Daniel Kehlmann, "Whereas there's something very rock and roll about novels by US writers like Franzen, Jeffrey Eugenides, Michael Chabon and David Foster Wallace. They have something unbridled about them, something very free and easy, effortless, cool and crazy - something that Germans long to have but just don't."

Like many of his contemporaries, Franzen certainly writes with a visceral edge. "My idea of a novel is something that has an emotional impact, so what I do is to go to the places where we feel the strongest emotions," said Franzen. "[As a writer] you try and get energy going in a book, and you reach for the content that has its own intrinsic energy. What you want is to make the pages come alive." 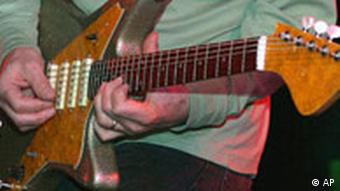 US authors are edgier than their German counterparts

He and his peers can make German writing look very heavy-handed - especially when it's aiming for humor. "As close as it is to reality, US literature is not as naked and stark - reading contemporary German writing can sometimes feel like having things pointed out to you under a neon light," said Budde.

Love-hate relationship with the US

What also makes Germany such an enthusiastic market for US writers is the innate familiarity to Germans of today's America. Even though the trans-Atlantic relationship suffered during the Bush administration, to Germany the US still represents the New World. Over the years, it's lost none of its sheen.

"Despite all the criticism that exists against the US, it's still the land of opportunity to us," said Budde, "Not just in terms of money and success, but also as a country that's home to an incredible mix of nationalities." Historically, of course, it's also a country where immigrants could reinvent themselves and shrug off their past.

So while US writers like Franzen and John Irving are happy to wear influences such as Stendhal, Dickens and Tolstoy on their sleeves, they also manage to create what Franzen calls "enveloping narratives" that take on their own momentum.

But ultimately, the dominance of US fiction in the German book market could also have more prosaic reasons. In literature as in cinema, it's America that calls the shots in Germany.

"It has a lot to do with the structure of book markets," said Heinz Ickstadt. "Big names inevitably work their magic, and the German book market doesn't want to be seen to be limping behind when it comes to getting out the latest Thomas Pynchon or Richard Powers. Potential bestsellers are always going to be a temptation."

London columnist and writer Howard Jacobson has unexpectedly won Britain's prestigious Man Booker Prize for his humorous novel, "The Finkler Question." The decision breaks with tradition and stunned the author himself. (13.10.2010)

Born to a Hungarian-speaking family in a Serbian part of the former Yugoslavia, Melinda Nadj Abonji moved to Switzerland when she was a young child. Her writing draws heavily on this experience. (11.10.2010)

"I Try to Be an Example of an 'OK' American"

Jonathan Franzen is an American author whose 2001 book, "The Corrections," was a bestseller on both sides of the Atlantic. Franzen was recently in Germany promoting his autobiographical memoir, "The Discomfort Zone." (15.03.2007)