While the sale of translation rights for German books has dropped significantly, translators from Spanish have been inundated with work, thanks to Argentina's honorary status at the Frankfurt Book Fair. 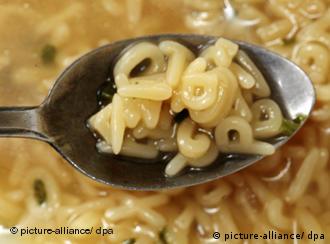 A translation is always an interpretation

Writers from the guest country at the Frankfurt Book Fair have a unique opportunity to make their work known in other parts of the world. When this year's guest of honor, Argentina, started its preparations for the fair back in 2008, things did not look promising.

To the dismay of writers and publishers, the government revealed that the cultural icons it would be using to represent the country included the legendary presidential spouse Eva ("Evita") Peron and the footballer Diego Maradona, but left out the great Argentine writers Jorge Luis Borges and Julio Cortazar.

"In the beginning it was not clear what the government's plan was," remembers Guillermo Martinez, the only Argentine author apart from Borges to have had a short story published in The New Yorker. "I was critical at that time because I thought they were missing one of the points of the fair. I wanted to stress the fact that we should bring books to the fair, that we should have a list of books that should be translated." 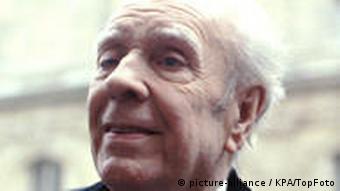 Jorge Luis Borges is one of Argentina's most famous authors

The Argentine government reacted swiftly to the concerns expressed by Martinez and other writers. In February 2009, it announced the launch of SUR, a subsidy fund to be put at the disposal of foreign publishers wanting to translate Argentine literature into other languages.

The program was an unexpected success and, within months, the government's target of 100 grants had been tripled. "We were really, really surprised," remembered Lucas Gioja of the Argentine organizing committee. "Within 14 months we had subsidized the translation of 300 books."

Now firmly convinced of the political importance of cultural representation abroad, the Argentine government has announced that the SUR program will continue to fund translations of Argentine literature long after the Frankfurt Book Fair has ended.

"I am very happy," said writer Guillermo Martinez, "I think it is wonderful, because they've not just gone for the big names; new writers are being published too. When you look at the works being translated, you see that four different generations are represented."

Ironically, as the Frankfurt Book Fair is giving an unprecedented boost to Argentine translation, its home market is suffering a dramatic slump. The German Publishers and Booksellers Association calculates that, in the period from 2008 to 2009, the sale of translation rights for German publications dropped by 17.5 percent.

"It's the financial crisis," Tobias Voss, the director of the Frankfurt Book Fair's international section, explained simply. The effects of the global economic downturn are most clearly demonstrated by the sharp fall in sales to Eastern European countries. 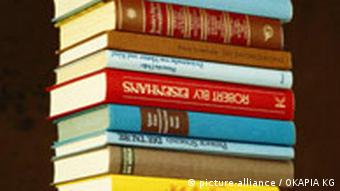 The translator's challenge is to find out how the author ticks

Keen to stress that the overall state of the German book market is healthy, Voss pointed out that the 17.5-percent drop isn't equitably distributed among genres. While translations of serious literature are down, the sale of light literature has remained relatively unaffected.

Gottfried Honnefelder, honorary chair of the German Publishers and Booksellers Association, points to recent negotiations over translators' pay as another possible reason for the decline in interest in translated literature. "Publishers can't afford to pay high translation fees," he said. "If they do, then they have to raise their prices. If they raise their prices, then nobody will buy their books."

While the jury is out on how long the economic downturn will last, a pick-up in translation sales seems unlikely in the near future. Honnefelder's words could turn out to be an ominous warning of things to come.

One German-language book certain to be rendered in many other languages is Melinda Nadj Abonji's "Falcons Without Falconers," the unexpected winner of the 2010 German Book Prize, which was presented on the eve of the Frankfurt Book Fair.

Abonji, whose native language is Hungarian but whose family immigrated to German-speaking Switzerland when she was four years old, is particularly sensitive to language and the importance of employing a capable translator.

In the context of discussions about sales and salaries, it is all too easy to lose sight of the real value of the role of the translator.

"Just as every reader has a different reading of a book, so too does every translator," said Thomas Brovot, a translator from Spanish into German whose distinguished list of translations includes works by Spanish playwright Federico Garcia Lorca. "We are interpreters; every translation is an interpretation of the original." 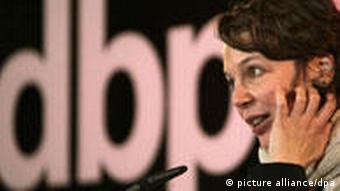 At the Frankfurt Book Fair, no one is more conscious of the value of translators than the authors. Argentinean author Pedro Mairal has had his work translated into several different languages, and says that he often discovers mistakes in every chapter. This experience has led him to value a good translator all the more when he meets one.

Mairal is particularly happy with the German translation of his latest novel, "The Lost Year of Juan Salvatierra." Mairal's translator was Dagmar Ploetz, who has previously translated books by Latin American greats such as Isabel Allende and Gabriel Garcia Marquez.

"I had a very good feeling from the start," Mairal recalled. "I trusted her perfectly because she lived in Argentina for many years. There's a big difference between Argentinean Spanish and other forms of Spanish."

With the Frankfurt Book Fair underway, the industry is discussing literature's role in a digitized world. But some small UK stores are finding unique ways of selling traditional books - and beating out the big chains. (07.10.2010)

The Frankfurt Book Fair is the biggest book show in the world, drawing hundreds of thousands of visitors. This year, bookworms can sample from tons of digital literature content and media. (06.10.2010)