Books for kids from Germany have become a hit on the international book market. Storybook heroes like those from Cornelia Funke or Michael Ende are beloved by young readers from the US to China or Korea. 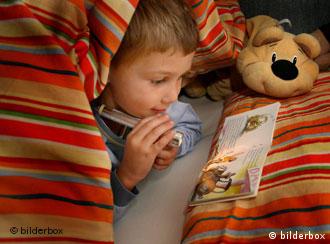 Slowly but surely German children's books have conquered the international book market ever since the 1960s. While the student protests of the late 60s brought social change in Germany and beyond, the attitude toward children and the way of telling them stories changed as well, said Regina Pantos, Chair of the Association for Children's and Youth Literature.

"I think that many countries experienced this social shift where people began to take kids more seriously and included them more in the conversation," she said. "In that sense, German children's books were on the cutting edge, and that's what made them a success abroad." 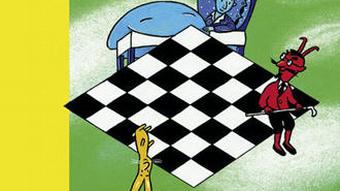 Enzensberger's "The Number Devil": Don't be afraid of math!

Nonetheless, German children's literature is a bit of a sticking point for Pantos at the moment in light of a nine-percent drop in the sale book rights to other countries since 2007. Some German books continue to sell well, though, like Hans Magnus Enzensberger's "Zahlenteufel" ("The Number Devil") - "a bedtime story for anyone who's afraid of mathematics."

The book's publisher, Munich-based Hanser, has set a sales goal in the hundreds of thousands for Asia. "We have great access to the market in Asia," said Friedbert Stohner of Hanser. "In South Korea, for example, we have two or three very efficient partner publishers who import a great deal of German books."

In Japan, "The Number Devil" is also a hit, perhaps because the book fills a gap in children's education and may even manage something that some schools don't: getting kids excited about math.

German children's books have long been perceived as "problem-oriented." That image was influenced by a now somewhat older group of authors like Gudrun Pausewang, who wrote an anti-atomic energy story in 1987 called "Die Wolke" ("The Cloud"). Today, she is over 80 and, like fellow authors Peter Haertling and Christine Noestlinger, belongs to the founders of the new children's literature in German. 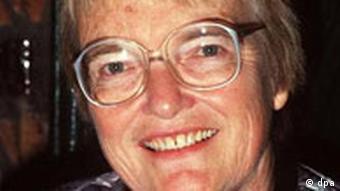 They are followed by another generation that is now over 60, including Klaus Kordon, Paul Maar, Kirsten Boie. "Maybe we have a bit of a problem when it comes to finding a young generation of children's book authors," acknowledged Pantos.

Nevertheless, there are a few young authors in Germany that write for children, like Zoran Drvenkar, Anja Tuckermann and Andreas Steinhoefel, whose works have been translated into multiple languages. Steinhoefel in particular has found international success with his book "Rico, Oskar and the Deeper Shadows."

Another German children's book by 51-year-old Cornelia Funke is following in the footsteps of the success of "Harry Potter." Her all-age novels are enjoyed by children and adults alike. She is best known for her "Inkworld" trilogy, which includes the titles "Inkheart" (2003), "Inkspell" (2005) and "Inkdeath" (2008).

The trilogy has been translated into 37 languages and is "a huge success story. There are cases like this, but at the same time, it's not as though a wave of German children's literature is hitting international bookshelves, comparable to what Sweden has been able to achieve in the market," said Stohner.

At one point, Swedish author Astrid Lindgren's books paved the way to publishing internationally for other Swedish writers. Germany has also had its share of stories that served as keys to other markets. But the content of those books has changed significantly: The fantastical narratives by Funke are hardly comparable with the works of 69-year-old Mirjam Pressler, who conveys German history in her stories and retells a drama by 18th-century German writer G.E. Lessing in "Nathan and His Children."

Alongside its authors, Germany is also home to a number of internationally renowned illustrators like Rotraut Susanne Berner and Wolf Erlbruch. They have become so popular abroad that they have been invited to design children's books in the Netherlands and in Norway.

In terms of sales, there's a clear winner among German-speaking children's authors in recent years. That title belongs to the 47-year-old Austrian author Thomas Brezina for his "Tiger Team" books.

More than 30 volumes of this detective story for kids have appeared, and 2.6 million copies were sold in China alone, according to Sabine Erlenwein at Munich's Goethe Institute.

"These numbers are a bit hard to imagine," said Erlenwein, who is responsible for a multi-language portal of children's and youth literature, "2.6 million - that's actually higher than 'Harry Potter.'"

The fantasy books dealing with monsters and ghosts have found a big audience in China, and have actually surpassed the sales of British author Joanne K. Rowling.

Books for young people have resisted the economic crisis. The youth segment in publishing shows stable growth - even though the majority of children's and youth publishers are refusing to go digital. (07.07.2010)

To mark UNESCO's World Book Day on April 23, Deutsche Welle spoke with Paro Anand about her popular stories for young readers. The Indian author has taken on some themes that don't typically appear in children's books. (23.04.2010)

German families have little time for the classic games afternoons as more women go out to work and grandparents live further away. Even during the holiday period people prefer exploring foreign lands over board games. (05.02.2010)