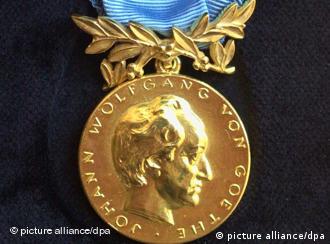 The Goethe Medal has been awarded since 1955

"For us, the European project was like opening a prison door," said Adam Michnik, a Polish journalist and former civil rights activist.

"Europe is in critical condition. The distance between the institutions and the people is bigger than ever before," commented bestselling British author David Cornwell, who writes under the penname John le Carré and once served as a diplomat and a spy.

The optimist and the skeptic came together on Sunday, August 28 in Weimar, where they were presented with the prestigious Goethe Medal. 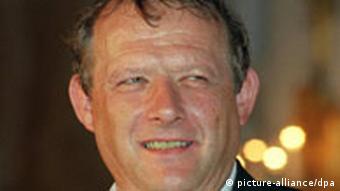 Michnik was active in Poland's Solidarity movement during the communist period

This year marks the 60th anniversary of the founding of the Goethe-Institut, a major non-profit organization dedicated to promoting German culture and language abroad. To mark the occasion, the institute aimed to lend this year's awards event a pan-European perspective.

"We're getting back to our roots. Europe is and remains the basis of our work," said Goethe-Institut President Klaus-Dieter Lehmann. The European Union is not just an economic entity, he added, and ignoring culture and language in the region just alienates citizens from politics.

"We have to get away from a Europe of regulations," said Lehmann.

John le Carré took a similar view. "We've lived in freedom for so long that our democracies are blemished" and populism is growing just as fast as social injustice, he warned.

Adam Michnik, on the other hand, takes a more positive view of the European Union, despite its flaws. Nevertheless, he conceded that "Europe could manage without a few of its politicians - but not without John le Carré's books!"

Lehmann honored Michnik as a "courageous, incorruptible, and tolerant Polish rebel," as well as a "Central European with political passion and empathy with those who think differently." 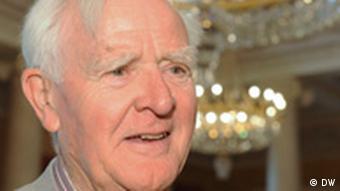 John le Carré once worked for the British secret service

Under the communist regime in Poland, Michnik belonged to the opposition and actively promoted human rights. He was a member of the Solidarity movement and supported reconciliation between East and West, particularly with Germany. After the fall of the Iron Curtain, Michnik became editor-in-chief of Poland's influential daily newspaper, Gazeta Wyborcza.

Lehmann described le Carré as an author of great humanistic literature, a critical and astute observer of current affairs with a "feel for global shifts and turbulences" and a "great interest in other cultures."

Lehmann also praised le Carré's interest in the German language, calling him Britain's most prominent German-speaking writer. The author learned German as a youth, then worked as a diplomat - and for the British secret service - in Switzerland, Austria and Germany.

Le Carré published his first bestseller, "The Spy Who Came in from the Cold," in 1963. Like many of his works, the book focused on spy games during the Cold War. Now 80 years old, le Carré continues to write about current political issues, including terrorism, corruption, and the Mafia. 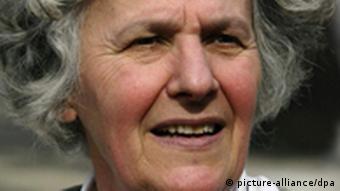 Ariane Mnouchkine is an advocate of artistic freedom

The third Goethe Medal went to French film director Ariane Mnouchkine, 72, who was busy with a film project and unable to collect the prize in person. Lehmann praised her as a "theater genius" with a direct interest in people, which has been evident in her advocacy for persecuted artists.

Fourteen years ago Mnouchkine founded Theatre du Soleil, a unique theater collective that made waves with its colorful, fantastical, and also explicitly political productions. She made contacts in many different countries and was invited to give workshops in Afghanistan in 2005.

The Goethe Medal has been awarded every year since 1955 to individuals who make a particular contribution to international cultural exchange and the spread of the German language.

Syrian poet Adonis is the recipient of this year's Goethe Prize for "transposing Europe's modern achievements into the Arab world," the jury said. (28.08.2011)

Goethe-Institut looks back on 60 years of cultural exchange

What started out as a small association set up to foster the German language now employs 3,000 people in culture projects around the world. The Goethe-Institut is a success story made in Germany. (29.07.2011)