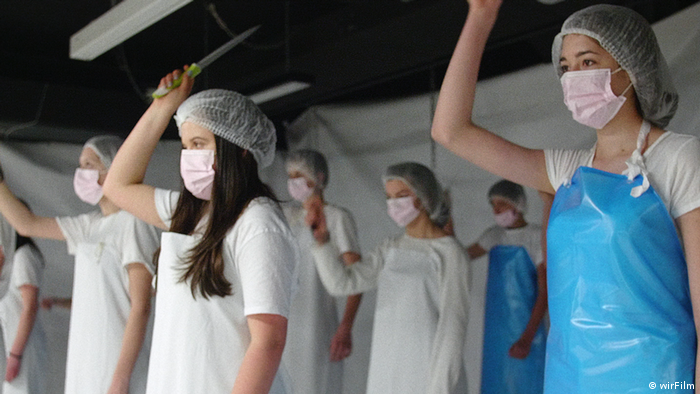 For three years, Yulia Lokshina has been studying the conditions under which Eastern European contract workers live and work in the Tönnies meat processing plants in the western state of North Rhine-Westphalia.

Those very Tönnies plants have meanwhile become a hotspot for the spread of the coronavirus in Germany, with authorities shutting down public life in the surrounding districts.

It needed a pandemic for people to finally talk about abuses that have been known about for years, the Munich-based filmmaker told DW, referring to earlier scrutiny of the plant over its deplorable worker conditions.

Her film Regeln am Band, bei hoher Geschwindigkeit ("Rules on the assembly line, at high speed") opens with footage of pigs crammed in a pen playing with a ball on a chain. A voice tells the story of an industrial accident that is said to have happened at a Tönnies plant whereby a worker was accidentally caught in a machine, his body automatically sectioned like a pig's. 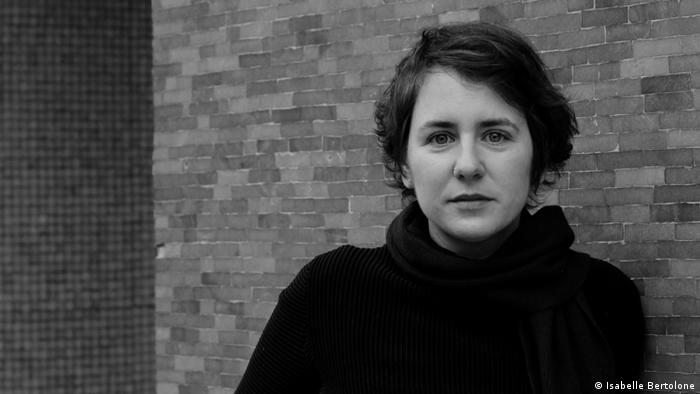 Lokshina's film does not show the workers cutting and trimming carcasses of animals, nor does it show sides of pork and beef. Instead, the camera focuses on what temporary workers, an activist priest and meat industry critics have to say.

The film also shows a Munich school class rehearsing St Joan of the Stockyards, a play by Bertolt Brecht written during the world economic crisis of 1929-30 that retells the story of Joan of Arc, though this time she is a poor, exploited worker in a Chicago meat-packing plant.

"I link the world of production and migrant women workers with the world we know today," says Yulia Lokshina, "a world in which we feel so comfortable."

Parallel worlds collide  as the film looks deeply at the demand and consumption of the cheapest possible meat on the one hand, and the need for low-paid Eastern European temporary workers on the other.

Thoughtlessness on one side, suffering on the other. But this background is hidden from view. "That's why I had to tell the story differently, so it would reach the viewer," said the filmmaker. 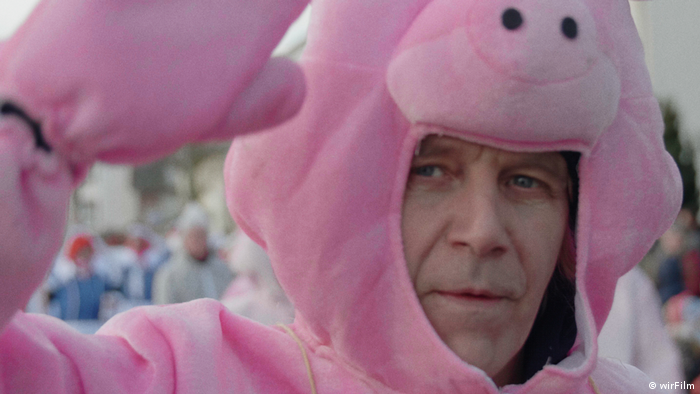 In the film, a protester is dressed up as a pig

Almost one hundred years after Brecht's drama that describes abuses in the slaughterhouses of Chicago, Lokshina's film also criticizes capitalism. Temporary, subcontracting work in the meat industry keeps workers isolated and stops them from organizing. "They cannot rebel against the deplorable conditions," Lokshina says.

In the film, Peter Kossen, a Catholic priest, rages against modern slavery, demanding fair and dignified working conditions. "Capital has to serve the people and not vice versa!" he says in church. "Exploitation of labor is an age-old problem," says Lokshina.

This message helped Rules on the assembly line win the prestigious 2020 Film Festival Max Ophüls Prize for documentary, though the film will not be released in German movie theaters until October 22.

But as the fallout from the coronavirus outbreak at the Tönnies meat processing plants deepens, this timely insight into the pork business is still sure to resonate.

A spotlight is on the German meat industry following allegations of poor animal welfare and working conditions amid coronavirus outbreaks at meat plants. Food Minister Julia Klöckner has called for less "cheap meat." (26.06.2020)

Yet another German slaughterhouse has registered a massive outbreak of the coronavirus. Roughly two-thirds of the test results so far have come back positive. (17.06.2020)