The German blogger and historian Marie Sophie Hingst was stripped of her Blogger of the Year 2017 prize, as investigations revealed that her stories about her family who perished during the Holocaust were contrived. 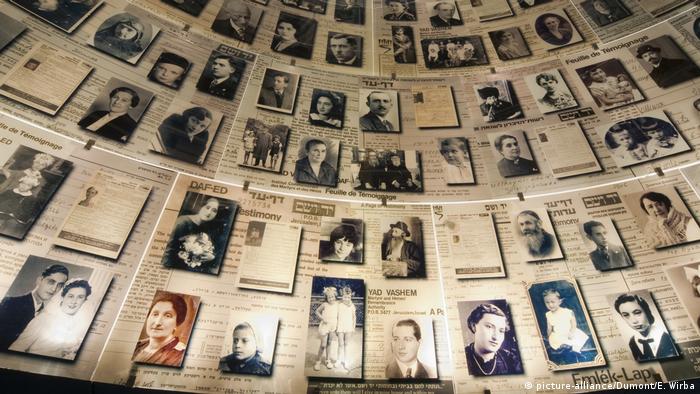 "Collecting the testimonies of Holocaust survivors is one of the most important components in the preservation of the memory of the Holocaust and passing it on to future generations," states Yad Vashem, Israel's official memorial to the victims of the Holocaust, on its website at the top of its "Testimonies" page.

Anyone can download Yad Vashem's Shoah Survivors and Refugees Registration form, fill it out and send it back to Israel by mail or digitally. A person's current biographical details need to be provided, along with details of the person's experience before or during World War II. The goal is to commemorate at least a part of the 6 million victims of the Holocaust by identifying them.

On September 8, 2013, Marie Sophie Hingst from Germany filled the form as well. Hingst, who has a doctorate in history and lives in Ireland, provided details for 22 of her relatives, claiming that most of them had been killed during the Holocaust. A recent report by news magazine Der Spiegel, however, claims that her Jewish family never existed.

By researching the municipal archives of the city of Stralsund, the weekly discovered that Hingst actually hails from a Protestant family. Although she claims that her grandfather was an inmate at the Auschwitz concentration camp, he was actually a Protestant pastor.

Archives related to the 21 other alleged victims of the Holocaust could not be found in available collections, such as the Digital Collections of the International Tracing Service, the Auschwitz Memorial Archive or the Memorial Book of the Federal Archives for the Victims of the Persecution of Jews in Germany, wrote Der Spiegel.

Yet beyond adding names to Yad Vashem's archives, Marie Sophie Hingst spread her fictional family history in various ways: through lectures organized by the Jewish community, in conversations with fellow students and, most predominantly, through her blog "Read on my dear, read on," which had nearly 240,000 readers, but which has been unavailable since the Spiegel story came out.

Her first few years in Dublin, she once told Spiegel, had been difficult for her. She hardly knew anyone and felt isolated. Hingst then started her blog, creating through it a "kind of replacement home." According to Spiegel's interpretation, she perhaps felt that by portraying herself as a descendant of Holocaust victims, she would be "more interesting than other non-Jewish Germans." 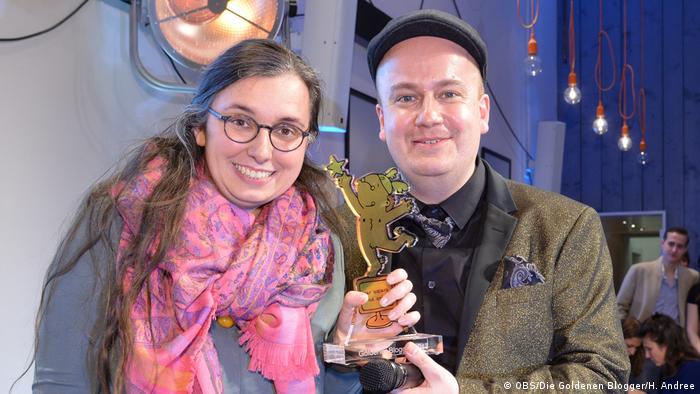 She garnered a great deal of recognition by writing about the suffering of her alleged Jewish ancestors. She was named Female Blogger of the Year 2017 by the Golden Bloggers jury (picture above). The following year, the Financial Times awarded her the Future of Europe prize in an essay contest. Here, too, Hingst spoke of her alleged Jewish family and compared their fate with that of the refugees who are now stranded on Europe's shores.

The Golden Bloggers' team reacted to the news by publishing a statement on their website, saying that they asked the author to take a stand and that they were withdrawing her award.

Yad Vashem told German press agency dpa on Sunday that they had transmitted Hingst's testimonies to an expert who would investigate the case, but "often memorial sites are the only evidence of the existence of a Holocaust victim," said the archive's spokesperson. The testimonies are usually reviewed and basic biographical information is verified, but it is assumed that the memorial pages are filled out honestly, Yad Vashem's spokesperson added. Ultimately, the person submitting the form is responsible for the content: "The process is not 100% fail-safe," he admitted.

Maria Sophie Hingst's reaction to the revelations was surprising. Via a lawyer, she told Spiegel that the texts in her blog "claimed a significant degree of artistic freedom." "This is literature, not journalism or history," she added. She additionally claimed that she had never spread untruths based on actual biographical details. She admitted to having registered a list of 22 people from her grandmother's side to Yad Vashem, but added that she had not personally reviewed their history herself.

Marie Sophie Hingst is not the first person to exploit the painful history of the Jews during the Second World War — whether for financial gain or the sake of attention.

For example, the memoirs  Fragments: Memories of a Wartime Childhood (1995) featured fabrications of the supposed Latvian Holocaust survivor Binjamin Wilkomirski, who turned out to be a Swiss non-Jew named Bruno Dössekker. She wrote under the name Misha Defonseca: Monique de Wael admitted that "Surviving with Wolves" was made up

Last year, the longtime chairman of the Jewish community of Pinneberg in the German state of Schleswig-Holstein, Wolfgang Seibert, was revealed to have lied about his background: His foster parents were Jewish, but his biological parents weren't.

Belgian writer Monique de Wael's book Misha: A Mémoire of the Holocaust Years, a bestseller that was adapted into a movie, Surviving with the Wolves, describes her escape as an 8-year-old Jewish girl through Belgium, Germany and Poland, claiming that she had been adopted by a pack of wolves who protected her during her journey. After admitting that the book was a lie, she was ordered to repay her publisher $22 million (€19.7 million).

Unlike Seibert and Defonseca, Marie Sophie Hingst did not commit fraud in the legal sense. But they have all deceived the public and shown a lack of respect for the culture of remembrance due to Holocaust victims.

It was found that she not only lied about her Jewish ancestors, but also about having set up a clinic in a slum in India to offer sexual counseling services to young men there. She talked about the project in an interview with public TV broadcasters SWR and BR in 2017. She also claimed that she had later launched a similar service for refugees in Germany.

The producers of the interview said that she sounded "very convincing," adding that they regretted having aired the talk without fact-checking Marie Sophie Hingst's statements.

"I haven't achieved much in life," says Holocaust survivor Samuel Pivnik - which motivated him to share his horrific experience in Auschwitz with posterity. He tells DW about what he saw in the death camp. (13.06.2017)

German blogger Marie Sophie Hingst invented a Jewish family history. DW asked historian Micha Brumlik about possible motivations: Her urge to be a victim might have been stronger than facing up to responsibility. (05.06.2019)

It tells the fictionalized true story of a woman who gave up her fellow Jews to the Nazis. Critics have condemned the novel Stella by Takis Würger, published this week in Germany, as "Holocaust kitsch." (16.01.2019)