Despite carrying emergency equipment, the three German skiers have perished under the avalanche and another skier is missing. The fatalities bring the number of reported weather-related deaths to at least 24 in Europe. 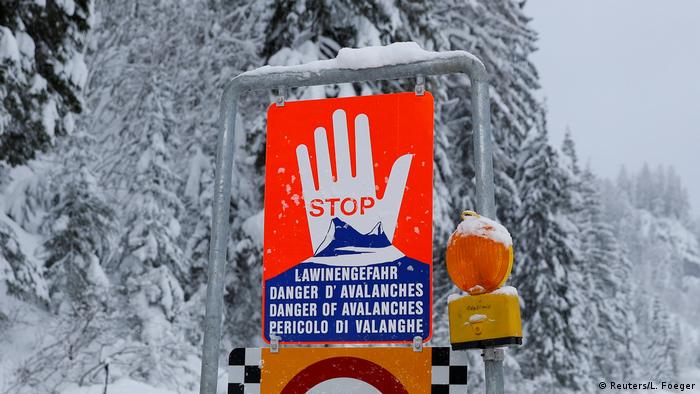 An avalanche has killed three German skiers in the Austrian Alps and a fourth skier remains missing, police said Sunday.

The bodies of the men, aged 57, 36 and 32, were recovered Saturday evening near Lech, a few hours after the wife of one of the skiers reported them missing.

Police in Vorarlberg, Austria's westernmost province, said they had to call off the search for another German, aged 28, because of heavy snow and the risk of avalanches.

The group of four had been on a closed ski route, German news agency DPA reported.

The three dead were found around 11 p.m. local time and showed injuries and signs of suffocation, DPA reported police as saying.

Police said the three were carrying emergency equipment with them but despite their deployed airbags they were buried.

An avalanche commission will decide Monday morning whether rescuers return to search for the missing skier.

The latest deaths bring the number of weather-related deaths reported in Europe to at least 24 this month.

Southern Germany and the Austrian Alps have been hit hard by snow in recent days. A break in the weather on Saturday was used to clear heavy loads of snow from roofs and roads before fresh avalanche warnings were announced.

The 66 pupils and their teachers have been snowed in for days on the Kasberg mountain. They had to be airlifted out amid record-breaking and deadly snowstorms. (12.01.2019)