Austria's Ischgl: A ski resort struggling to restore its image

It's been a year since COVID-19 spread through Europe from Ischgl. Since then, the Austrian ski resort has become an example of an overly careless approach to the virus. Will it ever shake off of this reputation? 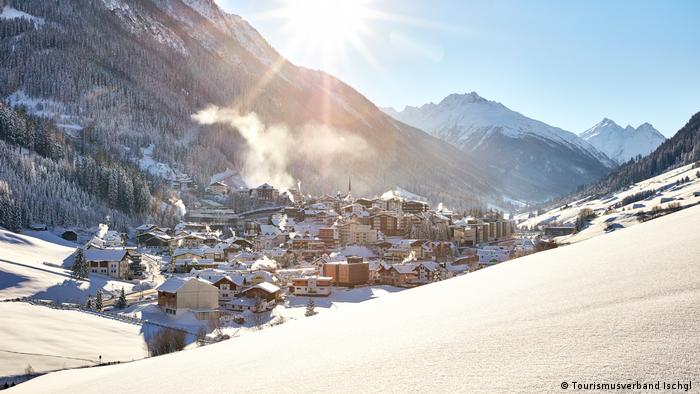 At the beginning of March, Ischgl finally canceled its ski season. Any prospects of even the most basic operations in Ischgl became an impossiblity after the South African variant of the coronavirus spread in Tyrol and Austria's government had to virtually seal off the province.

Local skiers are allowed on the slopes in some areas of the Tyrolean Alps if they present a negative COVID-19 test. But that's the extent of it. Otherwise, Ischgl remains closed. Completely.

One key reason for the decision is that the ski area extends into Switzerland and cross-border operation is hardly feasible in a pandemic. However, the coronavirus disaster last spring  also played an important role. At that time, the virus spread from Ischgl across Europe because operations were not immediately stopped despite warnings. The ski resort is still struggling to overcome the damage to its image.

It was a "mega-hit comparable to a tsunami," is how the head of tourism Andreas Steibl describes the events of March 2020, pointing to the responsibility of the federal government and the state: "Of course, we did what we were told to do. Many things were unclear at the beginning, he says. "Neither the authorities nor the virologists knew at the time what the insidious virus was doing." 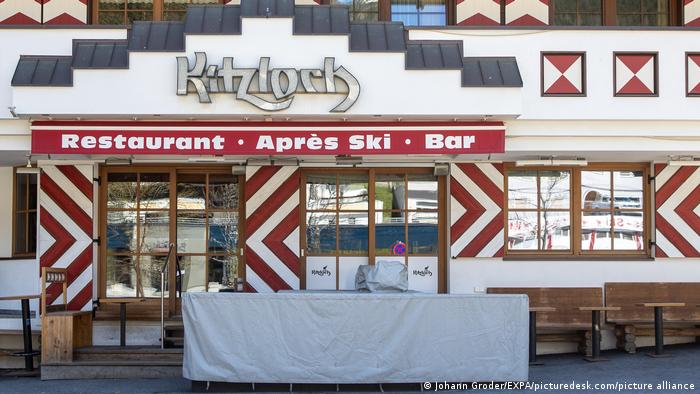 The bar "Kitzloch" became a coronavirus infection hotspot in the spring of 2020, from where the virus spread throughout Europe

The people of Ischgl are fed up with being seen as the only culprits responsible for the spread of COVID-19 in Europe. But how do they intend to polish up their image again? What will become of the apres-ski parties for which the ski resort is known worldwide ― but which also brought it into disrepute because of the mass coronavirus infections last year? And isn't this break maybe a good opportunity to reinvent tourism in Ischgl?

'The brand Ischgl does not have to change'

Within just a few decades, the small mountain farming village in the far west of Tyrol has become an epicenter of Alpine mass tourism. The Ischgl ski area now comprises 45 lifts, and there are around 12,000 beds available in a resort that has around 1,600 inhabitants. Numerous hotels and restaurants of upscale quality can be found in Ischgl. Luxury and great slopes attract countless guests, but so does the opportunity to party like there's no tomorrow. 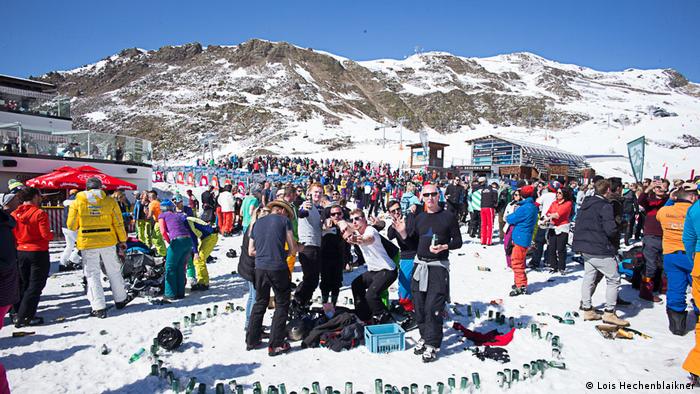 In his book "Ischgl", photographer Lois Hechenblaikner shows the excesses of apres-ski at the resort

Steibl has little faith in making any fundamental changes to Ischgl's successful "range of products and services," as he explains it. "The Ischgl brand does not have to change," but "the quality will need to be adjusted." The question of what that means for the future of apres-ski parties seems to be a bit of a sore point: "We must keep a sense of proportion ― après ski is not fundamentally to blame for the fact that we have to deal with COVID-19. So why has it been pushed into such a negative light?"

For Lois Hechenblaikner, the answer is obvious, because all sense of restraint has long been lost. The Tyrolean photographer with his pictures has documented what apres-ski looked like in Ischgl for 26 years. "The devil arrived with all the booze and intoxication tourism," he says. Many new "mountain millionaires" were created that way, he says. "The system that's been set up is about bringing about a  state of disinhibition every day, so that people lose control ― even over their wallets." 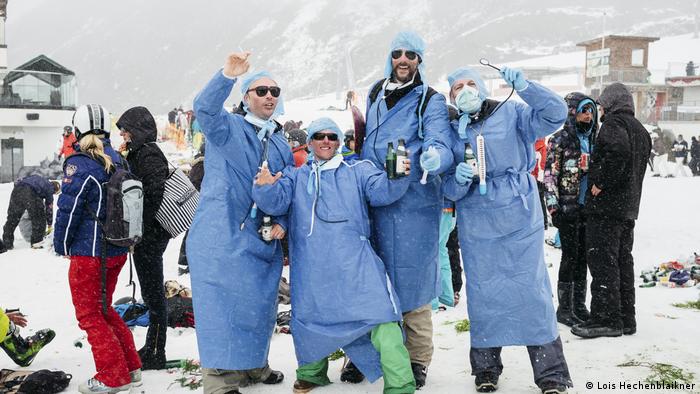 Party until you drop ― party tourism in Ischgl was already the subject of criticism before the coronavirus pandemic.

He is not opposed to tourism, the photographer emphasizes, and the people of Ischgl have done a lot of things right. "One must not forget all the effort it took for them to create this ski area in the first place." Where they "took a wrong turn," however, was with party tourism that got out of hand. "That has been the town's undoing, and it's extremely tragic." The crisis could therefore also be a kind of cleansing process for Ischgl, Hechenblaikner believes ― "if they have the strength to say no."

Put the focus back on being a ski resort

Günther Zangerl also thinks that the break because of the coronavirus crisis could also be an opportunity, irrespective of the severity of the situation. He is a board member at Silvretta Seilbahn AG, which operates the lifts and cable cars in the ski area around Ischgl. "In recent years, there have been developments that have not been good for the resort," says Zangerl. He adds that the ski area has also taken too much of a back seat "because of the apres-ski business". "We are happy if other qualities are now brought back into the spotlight more." 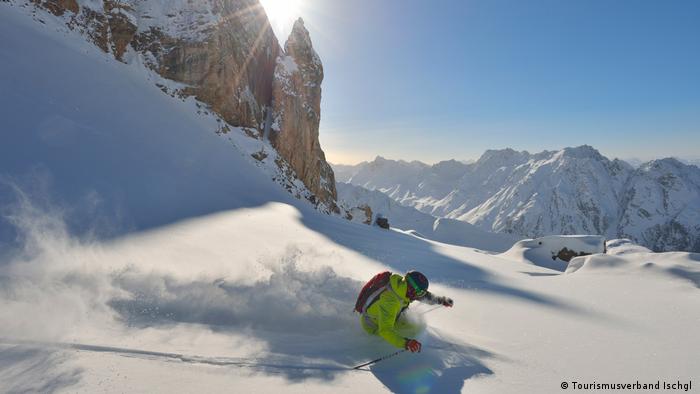 It remains to be seen when Seilbahn AG will once again be able to generate annual revenues of around €80 million ($95 million) from its ski operations, as was the case before the pandemic. However, the company has already adapted to the possibility of skiing in times of the virus ― with cameras and apps to regulate the flow of guests, and hygienic plans in place in the alpine restaurants. Cable car CEO Zangerl is certain: "We would be ideally equipped here to be able to meet all of the conditions."

Nevertheless, the future will not be easy for the ski resort, tourism researcher Mike Peters from the University of Innsbruck predicts. If capacities cannot be fully utilized for the time being, it will be difficult to cover the high costs. The "coronavirus hotspot" label will also probably stick to Ischgl for a long time. Goodbye après-ski party? Not quite, but in the future it will probably be quieter in Ischgl than before the pandemic.

"It usually takes seven to 10 years for something like this to go away," he says.

In any case, one thing is clear to Peters: "The most important marketing message will have to be safety." Ischgl must see the pandemic as an chance to reflect, and that actually applies to ski tourism in general, he says. "Now there's been a kind of big bang, and the whole model can be reconsidered."

Tourists have accused local authorities of taking too long to act and endangering people during a panicked evacuation of the area. More than 6,000 infections have been linked to visitors of the popular resort.