The Austrian parliament is expected to pass legislation that would be among the toughest on refugees in the entire EU. It would make it significantly harder for refugees to apply for asylum. 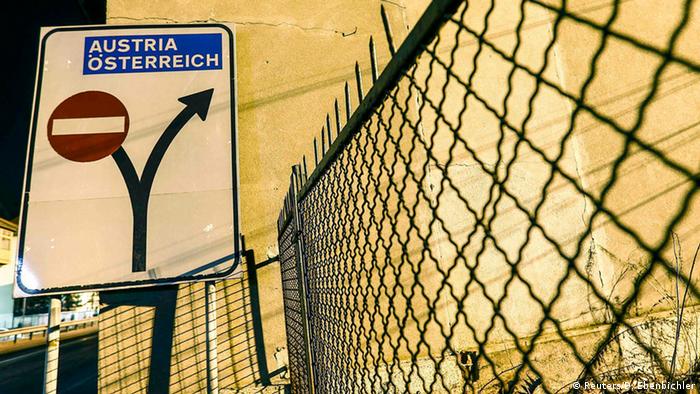 Wednesday's vote in the Austrian parliament is on a law that would make it significantly harder for refugees to seek asylum in Austria.

It would allow the government to declare a state of emergency if the influx of migrants to the country threatened "national security," and allows asylum seekers to be rejected right at the border after their applications have been processed. This would include refugees from war-torn countries such as Syria.

The proposal comes a few days after a first round of presidential elections saw the far-right Freedom Party gain significant ground on the mainstream parties that have dominated Austrian politics since World War II.

Austria has already announced a number of measures aimed at stemming the flow of refugees into the country, including placing an annual limit on the number of asylum seekers, tightening controls along its borders to Slovenia and Hungary, and pending border controls by the end of May at the Brenner pass in the Alps - a key transport route between northern and southern Europe.

Austria's southern neighbor Italy has reacted negatively to the current law up for debate.

Italian Foreign minister Paolo Gentiloni said "we're far from an invasion," referring to the number of refugees, in an article in the Vienna newspaper 'Die Presse.' The Brenner pass connects Italy and Austria.

The head of the Group of the Party of European Socialists in the EU parliament, Italian Gianni Pittella, said in an interview with Berlin's 'Tagesspiegel' newspaper "it's a political mistake for the Austrian government to create a preemptive barrier against refugees." He added "These controls only lead to more tension in Europe."

Austria maintains it is responding to the actions of other European countries, namely that not enough is being done to secure the bloc's external borders.

Interior Minister Wolfgang Sobotka said Austria had no choice if "so many other European Union members fail to do their part" in controlling the refugee influx. He added "we cannot shoulder the whole world's burden."

Greece has come under fire for not maintaining tight enough controls as an EU border country. The EU had given Greece until April 26 to sharpen control over its external borders or face the possibility of being suspended from the Schengen passport-free zone.

Far-right parties across Europe have hailed the victory of Austria's anti-immigration Freedom Party in presidential elections. The results mean the country's next president won't be backed by the two main parties. (25.04.2016)