Authorities searched dozens of homes across Austria and questioned people with suspected ties to the Muslim Brotherhood and Hamas. Officials said the raids had "no connection" with the recent deadly attack in Vienna. 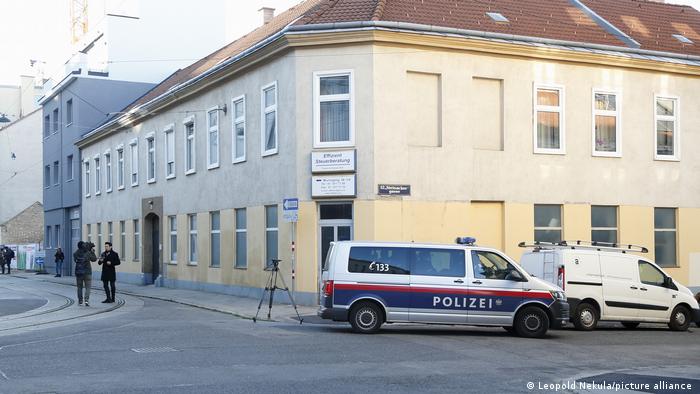 Austrian police carried out sweeping raids on Monday targeting dozens of people with suspected ties to terrorist and criminal organizations.

Prosecutors in the Styria region said they were investigating over 70 people and several associations that are suspected of "belonging to and supporting the terrorist Muslim Brotherhood and Hamas organizations."

The other alleged offences include forming a terrorist organization, financing terrorism and money laundering, according to the prosecutor's statement.

Officials said the operation "has no connection" to the November 2 terror attack in Vienna, but was rather the result of a year-long terrorism probe.

Four people were killed in a shooting rampage earlier this month in the heart of the Austrian capital, with officials saying the gunman was a supporter of the militant "Islamic State" (IS) group.

The raids were carried out in Vienna and the provinces of Styria, Carinthia and lower Austria. Some 30 suspects were also questioned.

The results of the year-long terrorism probe have so far revealed that "the Muslim Brotherhood is a globally active, radical Islamist, extremely anti-Semitic organization," the prosecutors said.

They also charged the Muslim Brotherhood with trying to "set up an Islamic state on the basis of Islamic law in all countries on Earth" and for maintaining ties to "terrorist organizations" such as Hamas. 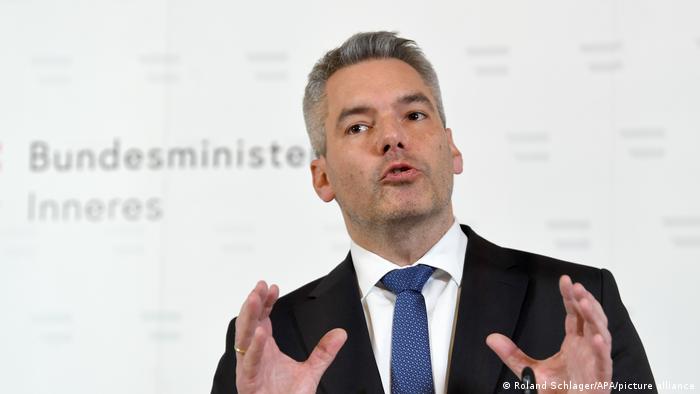 Austrian Interior Minister Karl Nehammer said the raids were not targeting the country's Muslim community, but sought to "protect" them

The Muslim Brotherhood is outlawed in Egypt, the country where it was originally founded. Hamas, an extremist organization with de facto control of the Gaza Strip, is classed as a terrorist organization by the European Union.

Blow to 'breeding ground of extremism'

"We are acting against these criminal, extremist and inhuman organizations with all our strength," Nehammer said in a statement.

He emphasized that the investigations and raids were "not targeted at Muslims or Islam as a religious community."

"On the contrary these measures are also intended to protect Muslims, whose religion is abused for the purposes of an ideology hostile to the constitution," it said.

Also on Monday, the Austrian government confirmed reports that the suspect in last week's deadly rampage in Vienna met with radical Islamists from abroad this summer.

The 20-year-old shooter, who was shot dead by Austrian police, met with people from Germany who were under observation by German intelligence agencies.

Two men who were arrested over the weekend in Switzerland also met with the suspect in Vienna this summer.

The shooting last Monday, which also wounded 20 people, was the first major attack to hit Austria in decades.

The 20-year-old gunman, identified as a dual Austrian-Macedonian national, was convicted last year of attempting to travel to Syria to join IS.